TikTok clocks up another court victory vs Trump

You could be forgiven for thinking Donald Trump is not having an entirely good run of luck in the courts.

On Monday, TikTok's Chinese owners ByteDance won yet another court battle in its fight with the waning Trump administration, securing a temporary injunction against a Trump executive order which would have barred the popular video-sharing app from being used in the United States.

Judge Carl Nichols, granting the injunction, ruled the Commerce Department had "likely overstepped" its legal authority in issuing the ban, and acted in an "arbitrary and capricious manner by failing to consider obvious alternatives." 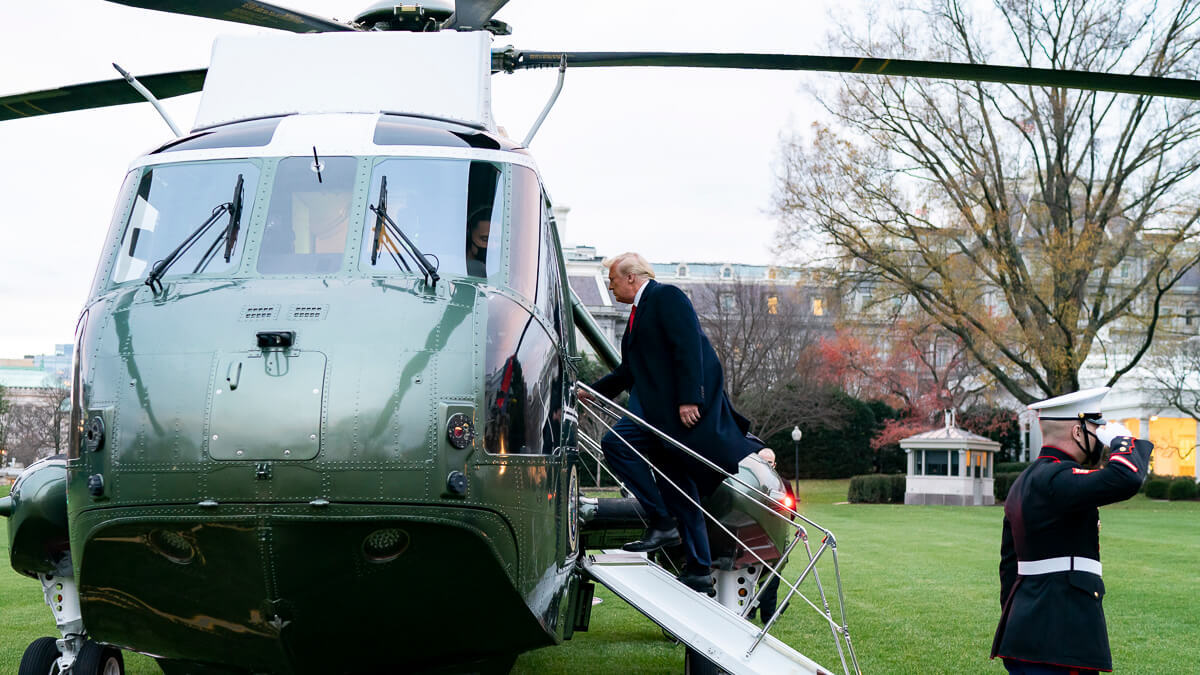 So long, farewell: Who will win the race  outgoing President Trump or ByteDance?
(Source: White House)

This is a second injunction which Judge Nichols has granted, which means the Trump executive order cannot be implemented while the case is being heard.

A previous injunction, on September 27, said the government could not enforce a part of the executive order which would have prohibited new users from downloading the TikTok app in the US.

With 43 days until President-elect Joe Biden takes office on January 20, 2021, ByteDance's strategy appears to be one of fighting the Trump court order until then in the US courts.

In the next legal step, a federal court of appeals will now on December 14 hear government oral arguments seeking to overturn Judge Nichols's September injunction.

Judges Judith Rogers, Patricia Millett and Robert Wilkins will hear that case, for the US Court of Appeals for the District of Columbia.

Interestingly, Nichols was actually a Trump appointee to the District Court for the District of Columbia bench, in June 2019.

ByteDance has racked up courtroom wins against Trump elsewhere, too.

On October 30, Judge Wendy Beetlestone, in the District Court for the Eastern District of Pennsylvania, sided with three TikTok creators in granting another injunction.

The three TikTok users argued the Executive Order threatened their livelihoods and traipsed on their freedom of expression.

The US Department of Treasury had declined on December 4 to grant ByteDance a further extension to its deadline for selling TikTok's US operations to a US-owned joint venture.

A week before, the Treasury had given ByteDance a short reprieve, until last Friday, to allow the Committee on Foreign Investment in the United States (CFIUS) "time to review a revised submission" regarding the proposed sale. The CFIUS is chaired by Treasury Secretary Steve Mnuchin.

This sale involves Walmart and Oracle taking substantial stakes alongside other ByteDance US investors in a new company, called TikTok Global, that will oversee the video sharing platform's US operations. That company will be fully US owned.

ByteDance and CFIUS have said talks meanwhile continue about the details of the sale, which may also need to secure regulatory permissions in China.

While the incoming Biden administration has not yet made clear its view either toward the ByteDance sale or the US's Trump-era tech trade war with China, Biden's family members are enthusiastic TikTok users.

When the presidential race was called for Biden on November 7, his granddaughters Naomi and Maisy used the platform to show the world their family celebrating the news.

Maisy, in her late teens, is an active user. So are the stepchildren of Vice President-elect Kamala Harris, Ella and Cole Emhoff.

Ella, who is 21, garnered millions of likes for a TikTok post which showed her trying her first McDonald's Filet-O-Fish while watching election returns.

But whether or not their older family members share their fondness for the platform remains to be seen after January 20.