If you predicted the biggest impact of 5G would be telco consolidation, take a bow.

That at least has been the experience in Asia-Pacific, where the arrival of 5G has driven half a dozen mergers in the last three and a half years.

The latest, announced on the last day of 2021, is between New Zealand's 2degrees and Orcon, which aim to combine into a new company worth around NZ$3.38 billion (US$2.3 billion).

The two operators are quite complementary: 2degrees, New Zealand's third largest operator, has 19% of the mobile market (pdf) and 7% of the fixed-line broadband market; Orcon, the fourth largest, has a 13% share of broadband. 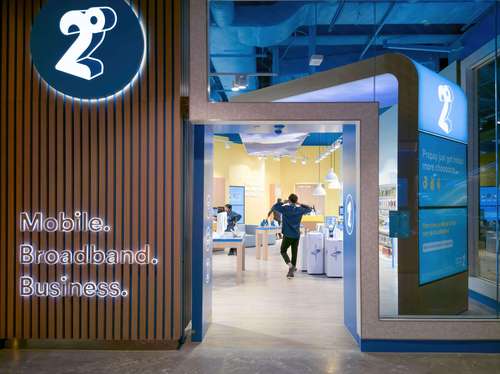 New Zealand's 2degrees and Orcon aim to combine into a new company worth around NZ$3.38 billion (US$2.3 billion).
(Source: Wirestock, Inc./Alamy Stock Photo)

The two companies are arguing to the regulator that the enlarged merged operator would be much better placed to compete against the big two, Spark and Vodafone NZ. Almost certainly the regulator will agree, experts tell the NZ Herald.

If other recent deals are anything to go by, it's difficult to see this being rejected. Except in one case, neighboring regulators have approved on the grounds that allowing a smaller number of stronger competitors trumps the need for greater competition.

The one exception was in Australia where the regulator, the ACCC, rejected the deal between Vodafone and TPG because it believed it would reduce competition.

But the telcos sued the ACCC and won, with the court ruling that there was no likelihood TPG would have built its own 5G network. TPG had planned to use Huawei 5G kit and argued that the government ban had made its 5G rollout uneconomic (see Australian court clears way for $10B Vodafone-TPG merger).

The other recent merger, unveiled the second last day of 2021, between Taiwan Mobile and Taiwan Star, is explicitly all about 5G. The merged company will need to strike a deal over its excess spectrum holdings, but because it removes a weak 5G competitor and creates a much stronger one, it is difficult for any regulator to object (see Taiwan Mobile chief calls for speedy approval of merger).

Likewise in the spate of southeast Asia mergers. Ooredoo Indosat and Hutchison in Indonesia are a done deal and the Telenor-Axiata tie-up in Malaysia has been waved through, while no one is standing in the way of the Telenor-backed True-DTAC deal in Thailand.

But maybe this determination to embrace viability over competition comes with a cost.

That is certainly the opinion of ACCC's Rod Sims, the man who turned down the Vodafone -TPG merger, who argues that Australian consumers have since been paying more for mobile.

He says the three big operators have all increased the price of post-paid plans and had shortened the terms of a number of pre-paid plans as well (see Australia mobile: competitive or not?).

"The behaviour of the three big telcos would suggest they are not concerned about losing customers to rivals," he concluded.

In Asia at least 5G competitive arrangements remain a work in progress.