Samsung has ridden the booming chip market and demand for high-end phones and home appliances to a bumper fourth-quarter result. 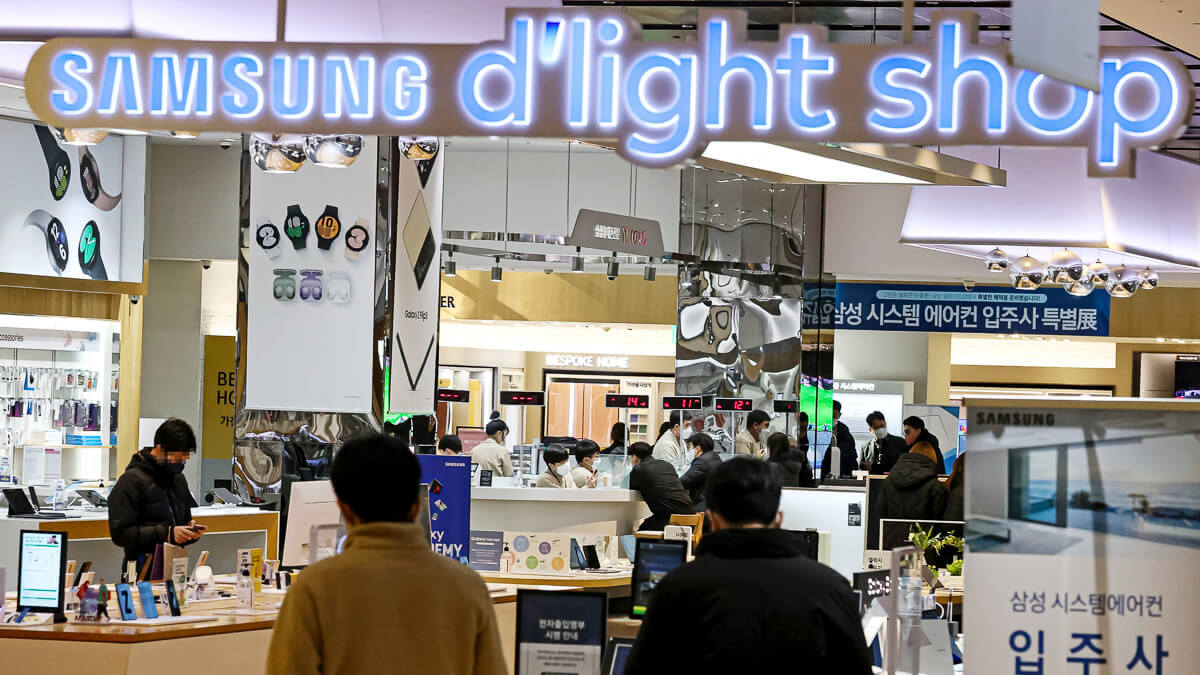 Gone shopping: The South Korean tech giant increased operating profit by 53% and net income by 64% on the back of record sales of 76.57 trillion won ($63.7 billion).
(Source: Newscom / Alamy Stock Photo)

The company said mobile and consumer electronics revenue grew 30% to 29 trillion won from sales of premium products such as foldable phones, tablets and TVs.

The other large revenue stream, semiconductors, which includes both the memory and foundry segments, expanded 43% over the previous year on soaring global demand.

But sequentially the chip business fell 1%, with operating profit off 12% and volume growth falling short of guidance.

These were a result of global supply chain issues and a fall in prices, Samsung said. It said that because of inventory levels and the market outlook, it had refrained from "pushing aggressively to expand sales."

"Our strategy at the flagship level is to continue the sale of flagships and to improve our product mix," he said.

"We will use the mass tier models to become clear volume drivers."

He said he expected the market would be driven by the trends that emerged in 2021, in particular the mainstreaming of foldable phones and the rising penetration of 5G devices.

"By the two strategies we plan to not only increase market share in the smartphone market this year but also further increase the leadership we have in the premium market."

The company predicted 5G handset growth would help drive its memory business, but cautioned that supply chain challenges and COVID-19 issues "are likely to persist."

As is its practice Samsung did not break out numbers for its networks business, but said it had improved from the previous quarter thanks to domestic and international growth.

It said the unit would pursue European and other global customers, and expand 5G contracts in the Korean market. It also expected to develop its own core 5G chips this year.