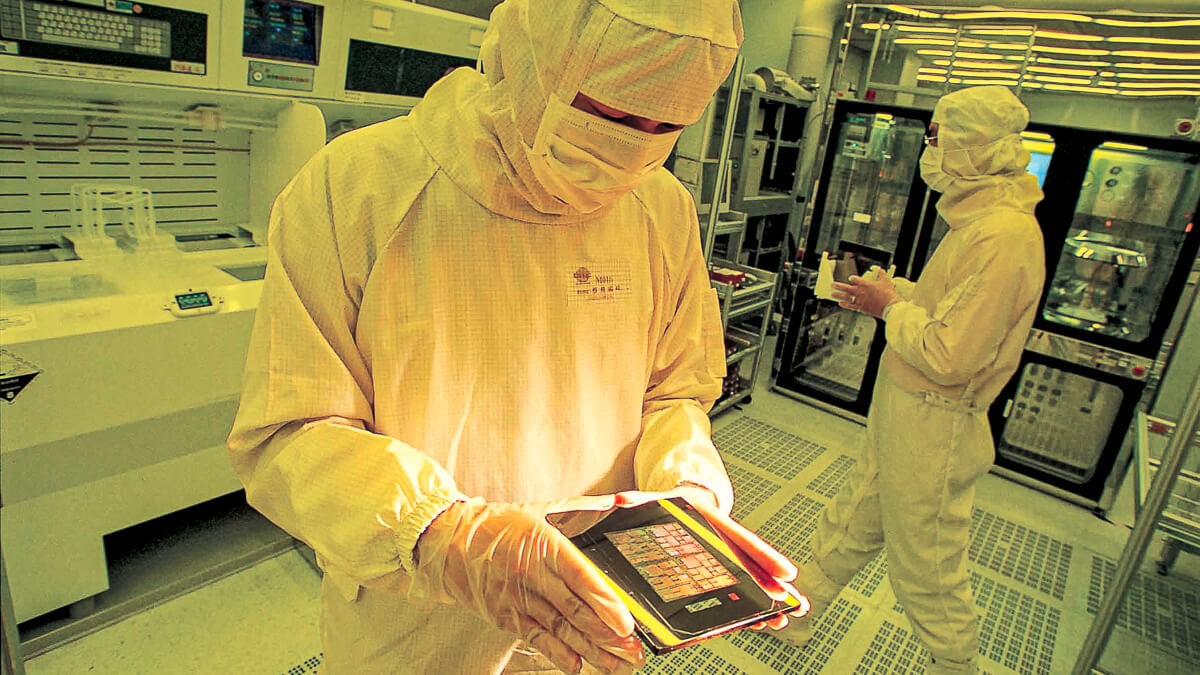 Chips with everything: TSMC has prospered as the chip shortage has gathered pace  with plans for a new fab in Japan.
(Source: TSMC)

It also runs counter to China's attempts to build its own independent tech sector.

Yet the other side of this scenario is that in Chinese hands the TSMC  which has more than half the world's chip foundry market  would be unable to feed the global supply chain that includes Apple, Qualcomm, Nvidia and most automakers.

With the cross-strait military balance shifting in China's favor, the authors and the US government urge Taiwan chip firms to explore "re-shoring leading-edge foundry work."

In the latest reshoring sign, TSMC is weighing construction of an advanced chip-making plant in Kumamoto, western Japan, Nikkei reports.

TSCM is said to be weighing a 12-inch wafer plant sited near a Sony factory, one of its major customers, that would be able to support both 28-nanometer and 16-nanometer production.

According to Nikkei, TSMC is considering the proposal but has not yet "fully committed."

The chip foundry pioneer looks to be gradually shifting away from its heavily Taiwan-centric production.

The company operates 12 fabs on the island. Abroad, it has a 20-year-old plant in Washington state and mainland China facilities in Nanjing and Shanghai. It recently announced an upgrade of the Nanjing fab.

It has also begun work on a $12 billion facility in Arizona, with volume production of five-nanometer technology expected to start in 2024.

In April it announced it would spend $100 billion through 2023 to boost production to counter the global chip shortage.

The pandemic and the global tech war have propelled the previously little-known TSMC into the global spotlight.

Established in 1987 with backing from the Taiwan government, it is now Asia's most valuable manufacturing company, with a market cap of $560 billion.

Last year it enjoyed a 44% boost in earnings to $18.2 billion, helped by a spike in North America and Asia-Pacific sales, with total revenue up 25% to $49.7 billion.