If equipment vendors had superhero equivalents, ZTE's would be Deadpool minus the irreverent and smutty sense of humor.

Popularized in a 2016 movie starring Ryan Reynolds, Deadpool signs up for a program of painful experimentation designed to cure him of cancer. The process leaves him hideously disfigured, cancer-free and almost impossible to kill.

You can see where this is going, right? Diagnosed with a bad case of corruption, ZTE coughs up billions in penalties and flushes out malignant bosses as part of a rehabilitation program. A year later, despite the best efforts of US supervillains to finish it off, ZTE is back in profit. It might not have the Hulk-like stature of Huawei, but ZTE increasingly looks like the vendor that cannot be killed. All that's missing is a senior executive spouting Deadpool's one-liners. "With great power comes great merchandising opportunity" would be a good start. 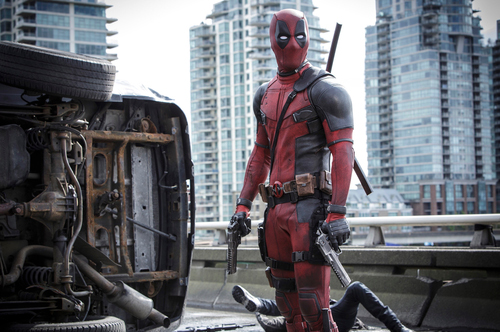 ZTE is the Deadpool of the mobile infrastructure market -- minus the spandex suit and jokes.

But before anyone gets too excited, it's worth noting that ZTE has also been left hideously disfigured by its treatment at the hands of US foes. Yes, its sales for the first six months were up 13% on the year-earlier figure, to 44.6 billion Chinese yuan ($6.3 billion). But they were 3% lower than in the first six months of 2015, months before all those charges began to fly about dodgy sales to Iran and North Korea. On a like-for-like basis, this company is smaller than it was four years ago. And back then it was considered sub-scale, even niche, compared with the industry heavyweights.

The most shocking scar, though, is on the staffing side. ZTE bulked up like an angry Bruce Banner in 2014 and 2015, its headcount reaching a high point of 84,622, according to financial reports. One in five employees is subsequently gone, leaving ZTE with 68,240 last year. That's shriveling on a heroic scale.

Deadpool was able to grow back missing limbs, though, and ZTE is in a similar recovery process. While it does not report any employee numbers in its last half-yearly statement, R&D expenses came in at RMB6.5 billion ($920 million), about 14.5% of revenues. That's a substantially higher proportion of sales than it has spent on R&D in each of the last five years.

Nevertheless, ZTE's future status remains in doubt. In 2016, when it landed a deal with Italy's Wind Tre, some analysts felt the company was finally about to shake off its reputation as a low-cost vendor for Chinese, Asian and African markets, and become a stronger European force. Unsurprisingly, European customers were unsettled when US sanctions nearly finished it off. Not persuaded it is quite as invincible as Ryan Reynolds in a spandex suit, some operators put the company on a watchlist. Wind Tre even brought in Ericsson as a second supplier.

The good news is that a major 5G tender in China is about to start. Ericsson estimates that China accounts for about 60% of the mobile infrastructure market, and it does not expect that figure to be any lower in the 5G era. Unless the rules of the game change dramatically, ZTE is guaranteed about 30% of the work available, Light Reading understands. China's influence gives ZTE no shortage of loyal friends in Africa, too.

In Western markets, though, only the most daredevil operator would feel 100% comfortable using ZTE today. While US attention is focused mainly on the Hulk that is Huawei, the Deadpool of the equipment industry is not short of US enemies. And while Huawei insists it can survive without access to US expertise, ZTE has always looked more heavily reliant on its American suppliers. Another components ban could be the end of the superhero story.