Indonesia-based Indosat Ooredoo is selling the last batch of its mobile tower portfolio for the princely sum of US$750 million, raising much-needed funding for its ongoing "turnaround strategy."

Indosat, which is majority owned by Qatari operator Ooredoo, said it has signed a sale and leaseback agreement with PT EPID Menara AssetCo, also known as Edgepoint Indonesia, for more than 4,200 telecommunications towers. Indosat Ooredoo will lease back space on the towers for a period of ten years. 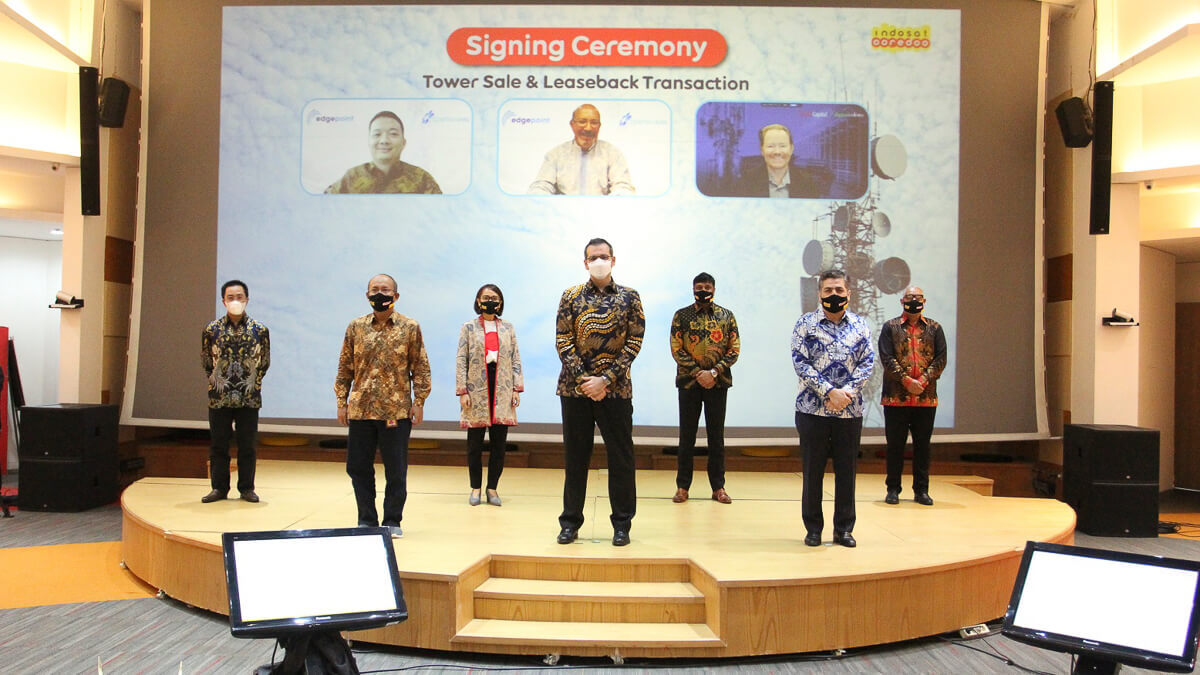 As Bloomberg reported, Digital Colony formed a partnership called Edgepoint Infrastructure with the former CEO of Asian infrastructure company Edotco, Suresh Sidhu, in late-2020, with the aim of buying up mobile towers in the Asia-Pacific region.

Ahmad Al-Neama, the CEO of Indosat Ooredoo, said the deal had been long in the planning, and marked the third and final sale of assets from Indosat Ooredoo's tower portfolio.

The transaction is expected to close in the second quarter of 2021 subject to customary conditions, including shareholder approval by Indosat Ooredoo at an EGM, which is planned for May 6, 2021.

In 2019, the operator signed sales and purchase agreements with PT Dayamitra Telekomunikasi (Mitratel) and PT Professional Telekomunikasi Indonesia (Protelindo), for a total of 3,100 towers. It also sold 2,500 towers to Tower Bersama in 2012.

Sidhu, now the CEO of Edgepoint (or Edge Point) Group, described the latest deal as "one of the largest of its kind in Asia and [it] cements our position as a leading tower provider in Indonesia."

According to Fitch Ratings, the sale of over 4,200 towers will provide Indosat Ooredoo with additional financial flexibility "to support an aggressive network expansion and alleviate near-term pressure on free cash flow."

The ratings agency also pointed out that Ooredoo, which owns 65% of Indosat Ooredoo, is in talks with CK Hutchison to combine their respective Indonesian telecom subsidiaries.

Reuters reported last November that a deal between Indosat and PT Hutchison 3 Indonesia would help them compete against state-backed Telkomsel, which is said to control around half of the cellular market in the world's fourth most populous country.

Fitch noted that the Indonesian government has removed the foreign ownership cap of 67% in domestic telcos, effective March 4, 2021, to attract more foreign investments.