The FCC moves to shut down two more Chinese operators is another sign of a fracturing global bandwidth market.

The decision, on Wednesday, to commence proceedings against China Unicom and a small operator, Pacific Networks, follows a similar move against China Telecom in December.

Both Unicom and Telecom are licensed to run international and domestic services and are investors in multiple trans-Pacific cables. The third Chinese telco, China Mobile, was rejected for a license in 2019. 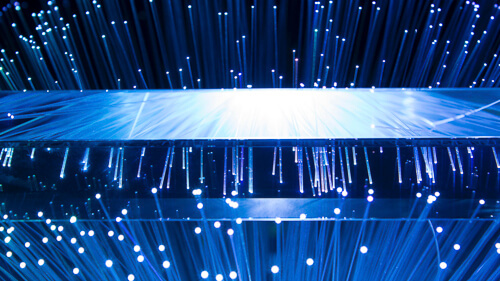 Cut the cord: As the US continues to push back against Chinese involvement in networks, a digital divide is the consequence.

In his decision, FCC Commissioner Frank Starks noted that under China's cybersecurity law, Chinese companies can be compelled to secretly share data with Beijing, regardless of what US or other national laws might apply.

He also pointed out that the Chinese operators owned data centers in the US, which the FCC had no powers to regulate. He said the commission would work with other agencies to review whether it needed greater powers "to tackle this emerging network security threat."

For its part, the Chinese side has criticized the use of "national security" as a pretext to penalize Chinese business (although that hasn't stopped it from applying its own national security bans).

Although inconvenient to customers, the likely cancellation of these licenses is largely symbolic.

The same cannot be said about subsea cable systems.

The big US Internet firms such as Facebook and Amazon that dominate the international bandwidth markets have been forced to cancel or put on hold three trans-Pacific cables in the past 18 months.

They will have to find ways to add capacity that won't breach the FCC's tough new guidelines.

Just last week Facebook withdrew its application for the Hong Kong-Americas (HKA) cable, which was planned to link the US west coast, Taiwan and Hong Kong.

Two other Facebook-linked cable projects have also been dropped. The Bay-to-Bay Express, co-invested by Amazon and China Mobile, was withdrawn last September. In the other, the Pacific Light and Cable Network (PLCN), partners including Google withdrew the Hong Kong leg and applied to land it in Taiwan. But the FCC is unwilling to approve it because it considers that one of the investors, data center operator Dr Peng, has close ties to Beijing officials.

It's not just the US that is wary of Chinese-affiliated cables in the Pacific.

In 2019, the Australian government displaced Huawei from the 4700km Coral Sea Cable and tipped A$137 million ($106 million) of its own money. The cable links the Solomon Islands, Papua New Guinea and Sydney.

A contract to build a cable between Micronesia, Kiribati and Nauru, funded by the World Bank and the ADB, was canceled last month after the US, Australia and Japan raised security concerns, Nikkei Asia Review reports.

These bans on connectivity between the world's two largest economies may turn out to be only mildly disruptive.

For sure, they open up opportunities for Asian regional hubs – not just traditional ones like Singapore, but perhaps new ones like Japan and Taiwan that also have substantial capacity links to both the US and China.

It may also mean a mini-boom in intra-Asia cable systems, as bandwidth players look for new indirect paths across the Pacific.

But it may spell fragmentation as a "fiber curtain" increasingly divides the world into separate camps.

Right now, there is no appetite on either side to open up to each other's service providers or networks. Whether that becomes a minor vexation or a major industry problem remains to be seen.