China's chip sector flounders, Samsung off to a flier

In semiconductor news this week, China's chip plans are going backwards while Samsung is off to a flier.

The report said that US companies accounted for 54% of the worldwide chip market, followed by South Korean firms with 22% and Taiwanese firms with 9%. Europe and Japan each took a 6% share and China followed with 4%. 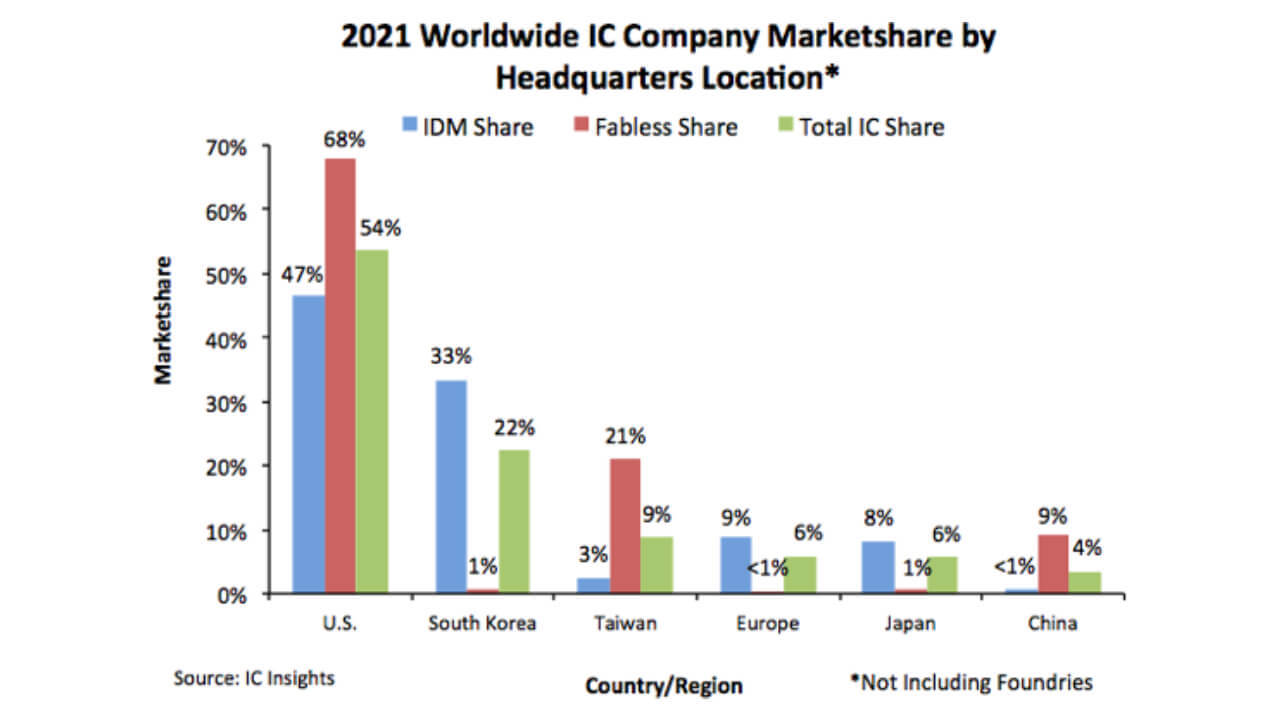 IDM refers to companies like Samsung and Intel that design and build integrated chip products. It's the huge gap in China's supply chain where it is heavily reliant on imports and that US sanctions have targeted.

China's chip manufacturing segment has received a torrent of public funds but it has nothing to show for it except a wave of defaults (see Unigroup $2.5B default another setback to China's chip plan).

In the other segment tracked by IC Insights, fabless, China performed better, ranking third with 9%  a long way behind the US (68%) and Taiwan (21%), but ahead of South Korea, the EU and Japan.

Overall, China's chip industry had a 5% share of the global semiconductor market in 2020, IC Insights said.

The dismal China numbers are in marked contrast to the global boom. Last year, total sales soared 26% to a record $556 billion. China was the biggest single consumer, buying $192.5 billion worth of semiconductors.

The buoyant market is set to continue into 2022 as Samsung's Q1 guidance indicates.

The conglomerate is expecting operating income of 14.1 trillion won ($11.6 billion) for the quarter, up 50% on last year and beating estimates of 13.2 trillion. Sales are tipped to rise 18% to a record 77 trillion won, news agency Yonhap reports.

Samsung's guidance ahead of its Q1 results announcement on April 28 did not include segment numbers.

Last year, the semiconductor unit contributed 52% of Samsung's operating profit and 34% of sales.