The Biden administration's plans to tip tens of billions into new tech to counter China is a throwback to the Cold War. But it's not necessarily a bad thing.

Setting aside for a moment the natural anxieties about superpower confrontation, there's a good deal to look forward to. Many of the greatest US tech successes arose out of the federal investments made during the Cold War. 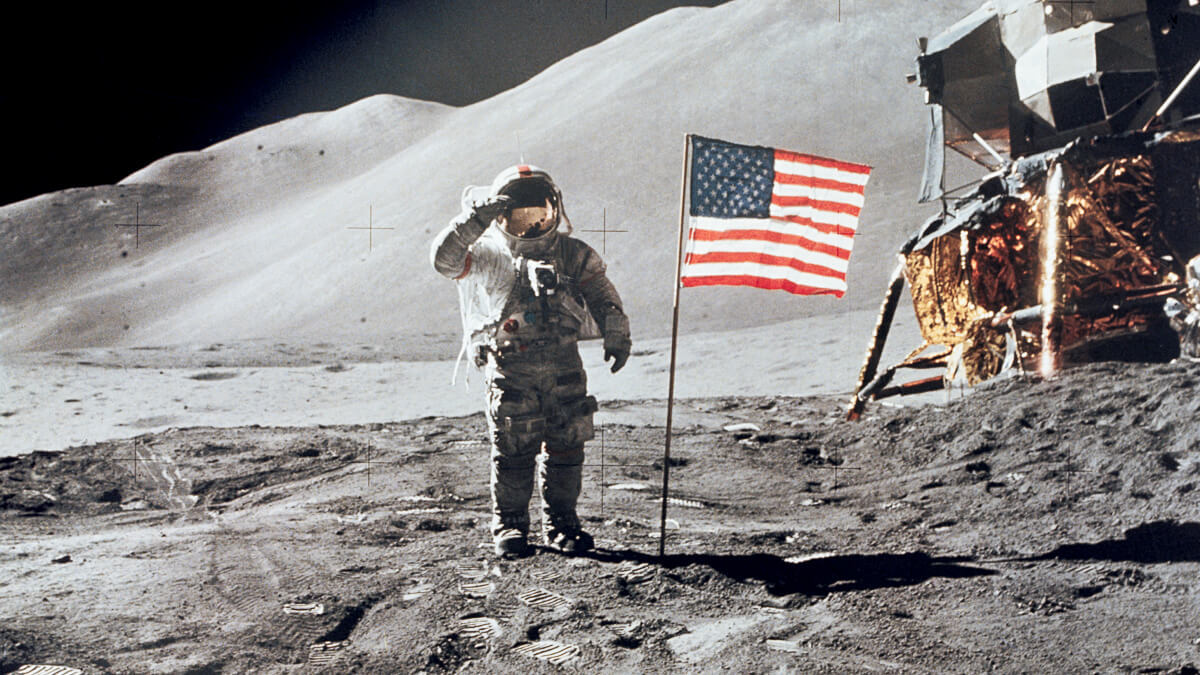 One small step: The Cold War had a silver lining  innovation. One result was the Apollo series of NASA missions, including Apollo 15 in 1971.
(Source: NASA)

The most famous of those bets, the Apollo moon shots, cost $194 billion in 2020 dollars over a decade, and delivered chip technology advances and a host of innovations that are now part of our daily lives. Less well-known but wildly successful is ARPANET, the military project that created the original packet-switched Internet in the 1960s.

For over half a century it's been a perfect example of state-private sector collaboration. No VC firm or telco was going to invest in a wide-area network, just as no one at ARPA was ever going to come up with the video streaming and mobile apps that drive today's Internet.

The semiconductor industry, the first hi-tech industry in the Bay Area and where Silicon Valley's name comes from, grew out of US military contracts, and later the Apollo program.

Economist Mariana Mazzucato has written that virtually all of the underlying technologies of the original iPhone were government-funded: the CPU, Internet, GPS, touch-screen display, Siri and so on. This was not the result of VCs or of garage tinkerers, she says. "It was the visible hand of the state which made these innovations happen."

She argues that state involvement is not incidental but critical. Private investment tends to arrive late. In the case of biotech, nanotech and the Internet, "venture capital arrived 15-20 years after the big investments had been made by the public sector." It's no exaggeration to say that the huge government technology bets of the first Cold War still underpin US prosperity and the world's economy.

So while the Strategic Competition Act in its current form might be long and unwieldy, it is a big deal for the tech industry and the wider economy beyond its stated purpose of staying ahead of China. The bill, which has just passed the senate, includes $52 billion in support for chip firms and $195 billion in scientific research and development, among many other items.

We can get a sense of the priority areas from the requirement for annual reporting on Chinese activities in AI, 5G, optical fiber, semiconductor manufacturing, biotech, quantum computing and surveillance tech.

As for China, well yes, of course it has denounced the bill as "full of a Cold War mentality and ideological prejudice." But Beijing has long recognized that only leadership in technology and innovation can satisfy its global economic and political ambitions.

The just-released 14th five-year plan devotes more attention to Innovation and industrial modernization than anything else. Its laundry list is not a whole lot different than that of the US: AI, quantum, 5G and 6G, the cloud, robotics, new energy vehicles, aircraft and agricultural machinery, among others. It also calls for an annual 7% increase in R&D spending every year between 2021 and 2025.

The one thing the two sides do agree on is the primacy of technology.