Australian govt. ready to tip $1B into Digicel Pacific to head off China

Another front has opened up in the Pacific telecom cold war, with the Australian government committing to fund Telstra's acquisition of debt-laden Digicel Pacific.

Telstra has confirmed it is in talks with local management of the Digicel Group, a Jamaica-headquartered firm that runs around 30 small telcos in the Caribbean, Central America and the south Pacific. The operator said in a statement Monday that the Australian government had promised to provide most of the funds should a deal be agreed. 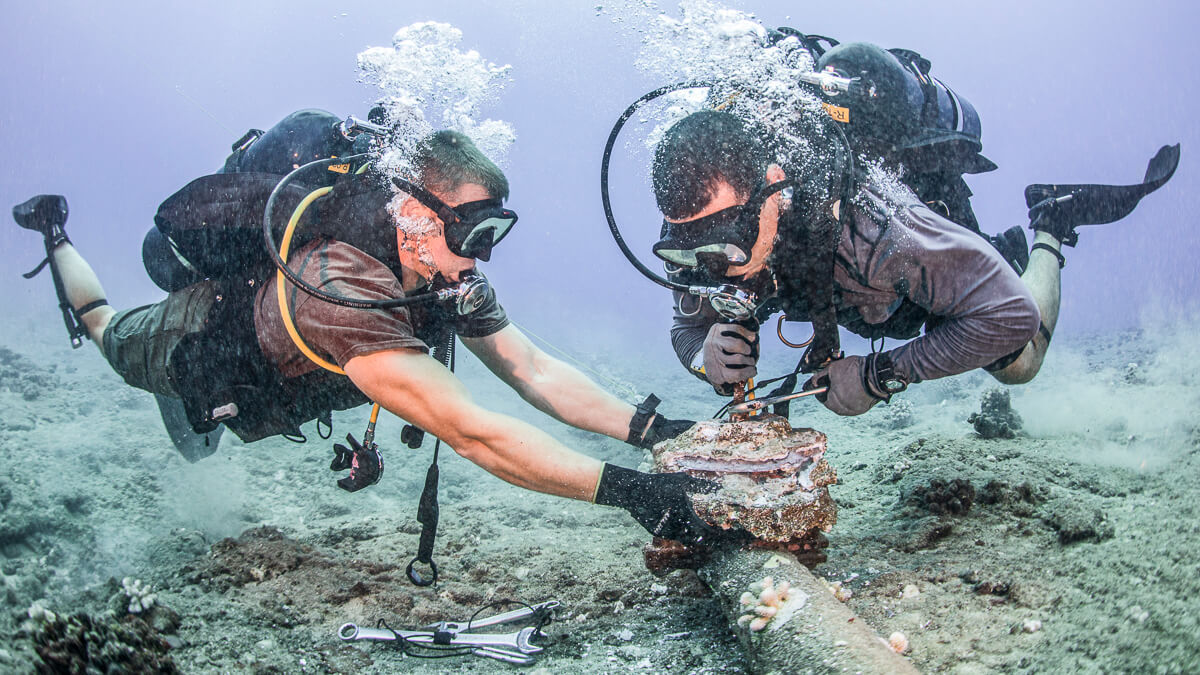 Deep sea frontier: Australia and the US are both working to keep the Chinese out of the subsea cable business.
(Source: US Navy Official Page on Flickr, CC2.0)

"The discussions are incomplete and there is no certainty that a transaction will proceed," it added. Australian taxpayers would be on the hook for as much as A$1.5 billion ($1.1 billion) of the estimated A$2 billion value of the company, the Sydney Morning Herald reported Monday.

Digicel Pacific is the largest Pacific cellular operator, with units in Papua New Guinea, Fiji, Samoa, Vanuatu and Tahiti. Its parent company, founded by Irish businessman Denis O'Brien in 2001, had accumulated $7.4 billion in debt by early 2020. The privately held firm filed for bankruptcy reorganization in May 2021. Court documents showed it posted an operating profit of $479 million on $2.3 billion in revenue for the year ended March 2020.

Telstra has asked O'Brien to remain on the board of the company and to underwrite the revenue forecasts for three years as part of the A$2 billion bid  terms O'Brien has not yet accepted, according to the SMH. In its statement Telstra described Digicel Pacific as "a commercially attractive asset" that had generated "EBITDA of $235 million in calendar 2020 with a strong margin." But more relevant to this politically driven transaction is its description of the group as "critical to telecommunications in the region."

The Australian Financial Review first reported Canberra concerns about Digicel Pacific falling into the hands of a Chinese player in January this year. Specifically, it said Digicel execs had told private equity firms that they had received unsolicited bids from unnamed Chinese interests.

Since then, the official story as leaked to the media has changed. Authorities are not concerned about any actual Chinese bids - but they are determined to head off Chinese entry into Pacific islands telecoms. The US and Australian governments have made a series of moves in recent years to exclude China interests from Pacific cable infrastructure.

Washington has refused to license multiple trans-Pacific cables scheduled to land in Hong Kong. Recently it has joined with Australia, the US and Japan in financing a 2,000km cable linking Micronesia, Kiribati and Nauru.

Three years ago Australia stepped in to fund the 4,000km Coral Sea cable in order to sideline Huawei. Now the scope of the containment effort has reached the services side of the business. But bailing out stricken private companies with taxpayer's cash to ward off the China specter brings some obvious risk.

As the AFR reported: "Some observers believe Mr O'Brien, a canny global businessman, has an incentive to exaggerate China's interest to maximize competitive bidding tension and to increase the price of the assets."

You can say that again. This won't be the last time.