Amid COVID-19, China dependence no longer seems such a good idea

A deadly virus pops up in China, kills a few thousand people and is then unleashed on the rest of the planet while China begins its recovery. As deaths soar and economies teeter on the brink of another Great Depression, suspicion mounts that China is taking advantage of circumstances for geopolitical and economic gains.

It is a compelling narrative for Western opponents of the Asian superpower, and a troubling one if it plays out as feared. Recent developments, unfortunately, will not dispel the anxiety. China has reportedly sent warships into Taiwanese waters. It has been accused of hoarding supplies of personal protective equipment and selling it back to original donors such as Italy. Its largest firms are said to be on the prowl for takeover opportunities and international business while their foreign competitors are enfeebled.

Tyrants of the world, unite 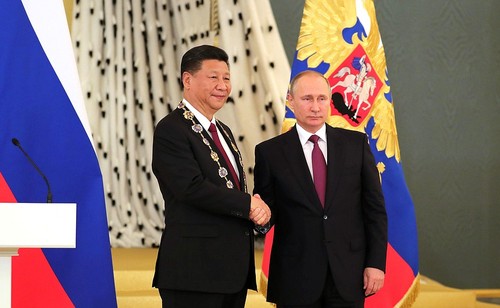 In Europe, concerns have been aired at the top level. During an interview with the Financial Times, Magrethe Vestager, the European Competition Commissioner, urged national governments to build stakes in companies that could become acquisition targets for predatory Chinese firms. Her remarks came weeks after Spain passed legislation designed to protect Telefónica, the country's telecom incumbent, from a hostile takeover.

UK authorities have similar worries. Politicians are this week seeking assurances from executives at Imagination Technologies, a UK firm under Chinese ownership, amid concern that sensitive security software could end up in Chinese government hands, according to a BBC report. Since it was acquired in 2017 by Canyon Bridge, an investment firm under Chinese state control, executives including former CEO Ron Black and Chief Product Officer Steve Evans have walked out. "I will not be a part of a company that is effectively controlled by the Chinese government," Evans is reported to have said in his resignation letter.

The technology and telecom sectors remain heavily in focus. China is racing ahead with the rollout of 5G services while Europe postpones spectrum auctions and COVID-19 holds up US plans. China Mobile, the biggest of China's three state-backed operators, is channeling 5G contracts worth billions of dollars into Huawei and ZTE, the country's network equipment makers, and allowing Western rivals to go hungry. Huawei is pushing for an overhaul of the Internet, arguing the IP standard is incapable of supporting more advanced applications. Opponents see its New IP alternative as a sinister Chinese plot to subvert the world's most important platform.

Victim of its own moves
Whatever one makes of China's COVID-19-era moves, Europe looks to many critics like a victim of its own bumbling approach to business. For years, it has blocked takeover and merger activity in the region's telecom sector, purportedly to safeguard consumers. Even before the current pandemic, that left sub-scale and weakened operators vulnerable to US or Chinese takeover, according to a senior executive at one of Europe's largest operators. It will smack of desperation that Vestager is now proposing state ownership of privatized players as an answer to the problem that Europe's regulators helped create.

In light of recent security concerns about Huawei's involvement in the UK, the news about Imagination Technologies will have many asking why China was ever allowed to buy such a critical asset. Tom Tugendhat, a Conservative Party politician who currently chairs the Foreign Affairs Committee, was typically outspoken on Twitter. "Beijing is exploiting the disarray caused by the coronavirus epidemic to take control of enabling tech that underpins UK future," he wrote at the weekend.

Beijing is exploiting the disarray caused by the coronavirus epidemic to take control of enabling tech that underpins UK future. https://t.co/YUkRyCRDV0

With no end to the COVID-19 pandemic in sight, Europe's former coziness with the world's most populous one-party state is also under scrutiny. During the 4G era, say critics, a Chinese firm subsidized by its own government and undercutting Western rivals was allowed by European regulators to become the region's biggest supplier of network equipment while Ericsson and Nokia faced decline. As Huawei extended its influence over Germany's telecom sector, so China became the third-biggest export market for Europe's largest economy, after the US and France. No wonder Germany has resisted US entreaties to ban Huawei on security grounds.

Right now, the prevailing worry about Huawei is not do with surveillance but that it could sabotage infrastructure, according to Michael Trabbia, the CEO of Orange Belgium. "The main concern is not about spying," he told Light Reading earlier this year. "The fear is their ability to stop or block the network." In making telecom infrastructure so vital to a country's interests, COVID-19 could now prompt European officials to reconsider their relationships with Huawei.

"As bad as the COVID-19 crisis is, it would be even worse if telecom networks were disabled," said John Strand, the CEO of Danish advisory group Strand Consult, in a recent email. "It would intensify the crisis, cost even more jobs, and make essential communication almost impossible. The crisis shows that telecom infrastructure is even more important than previously believed."

All too conscious of the risks, Huawei is on a public-relations offensive in some of its most critical European markets. In the UK, it today named Michael Rake, a former chairman at BT, as a member of its UK board. It has also published an open letter urging politicians not to block its participation in the 5G market. "Disrupting our involvement in the 5G rollout would do Britain a disservice," said Victor Zhang, Huawei's vice president.

But the calls for self-reliance are growing louder during the pandemic as globalization starts to unravel. For so long the workshop of the world, China has been losing its allure as organizations try to mitigate the impact of trade wars and minimize supply chain disruption. Moving production closer to the final customer is one solution, and automation could help to make this relocation economical. Outside the US and China, countries as far flung as India, Japan, Russia and Vietnam have shown interest in bolstering national champions.

Discontent about over-reliance on China has even emerged from one of the typically staid standards bodies of the telecom industry. "I think in this country there is far too much talk of buying this in from abroad when actually we can do this stuff," said John Grant, a UK-based executive with the European Telecommunications Standards Institute, when asked about the geopolitical aspects of Huawei's New IP proposal during COVID-19.

"We don't have to be dependent on the rest of the world," he said. "As we come out of this problem, there might well be the idea that we really ought to be a bit more self-sufficient in some ways."