Alibaba in the race to rescue failed chip firm Unigroup

The strict US sanctions on Chinese tech firms in the last two years have induced a widelyvheld patriotic belief that this "Sputnik moment" would galvanize China's semiconductor sector into the global forefront.

It hasn't quite gone to that script, with some awkward failures of some lavishly state-funded projects, not to mention concerns about the growing talent shortage.

In one of the most high-profile setbacks, Tsinghua Unigroup, one of the biggest chip-makers, was forced into bankruptcy after accumulating debts of at least 100 billion yuan ($15.3 billion) from a seven-year corporate shopping spree. 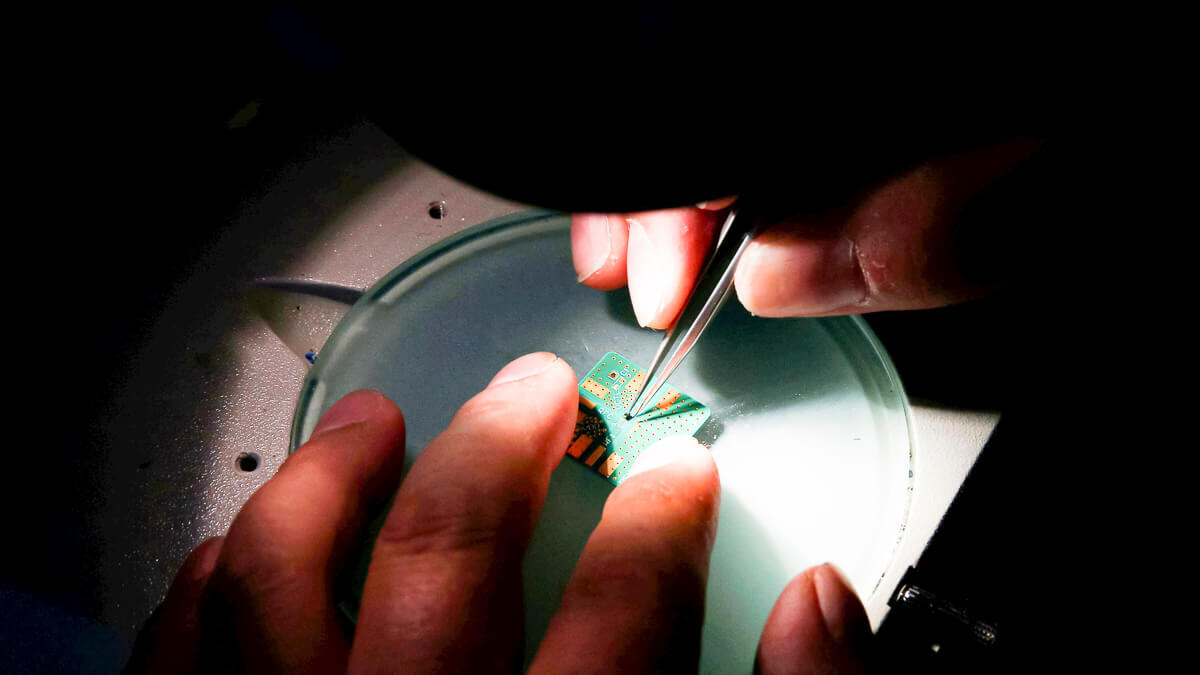 A researcher plants a semiconductor on an interface board at Tsinghua Unigroup research centre in Beijing.
(Source: REUTERS / Alamy Stock Photo)

Its missed bond repayments were among a spate of state-linked corporate defaults that have been roiling the Chinese economy in the past 12 months.

Unigroup's 270 billion yuan ($42 billion) in assets, including memory company Yangtze Memory and cloud unit Unisplendour, had made it one of the critical pieces of Beijing's ambitious "Made in China 2025" reindustrialization plan. But after a year of embarrassments, the company finally delivered some good news this week in the form of a court-approved restructure deal with creditors and potential new investors.

Back from the brink

Unigrouphas described the introduction of strong strategic investors as key to its successful "rebirth."

The court whittled down the number of potential strategic investors to seven, ruling that each must have at least 50 billion yuan in assets and some expertise in running semiconductor or cloud businesses. The most prominent of these  and the only privately owned company  is tech giant Alibaba, according to Caixin Global. The others are all national government state-owned entities such as China Electronics Corp and Beijing Electronics Holding.

In July, Alibaba was reported to be interested in taking over Unitech's 46%-owned cloud unit Unisplendour, which was said to be worth as much as $7.7 billion.

It's not clear why Alibaba decided to lean in further to the Unigroup rescue. It does design its own chips to help run its huge cloud businesses, and as it happens, it has just issued a new AI-enabled cloud server chip.

It is plausible it is keen to acquire some manufacturing expertise, although chip foundry and design are very different businesses. At the same time, Alibaba had to do some strenuous reputation laundering in the past 12 months after a series of government-imposed penalties. It is already a strategic investor in China Unicom and China Broadcast Network, so it may well be taking one for team semiconductor as well (see China's newest telco starts up).

According to Nikkei Asia Review, state-owned enterprises are favored in the race to take over Unigroup, thanks to their stronger political patronage  but that doesn't rule out Alibaba as a financial contributor to the rescue.

The court will hand down a final decision on the restructure in February.