Having a car in, say, Guam, and driving it from 1,500 miles away in Japan, all by 5G, sounded pretty theoretical.

Until suddenly it wasn't.

The car, manufactured by the Sony Corporation and dubbed the New Concept Car SC-1, was out for testing with Docomo Pacific, the largest telco in Guam and the Northern Mariana Islands.

Docomo Pacific, a subsidiary of Japan's mobile operator NTT DoCoMo, began its 5G rollout in August, but started a 5G lab in March 2019. 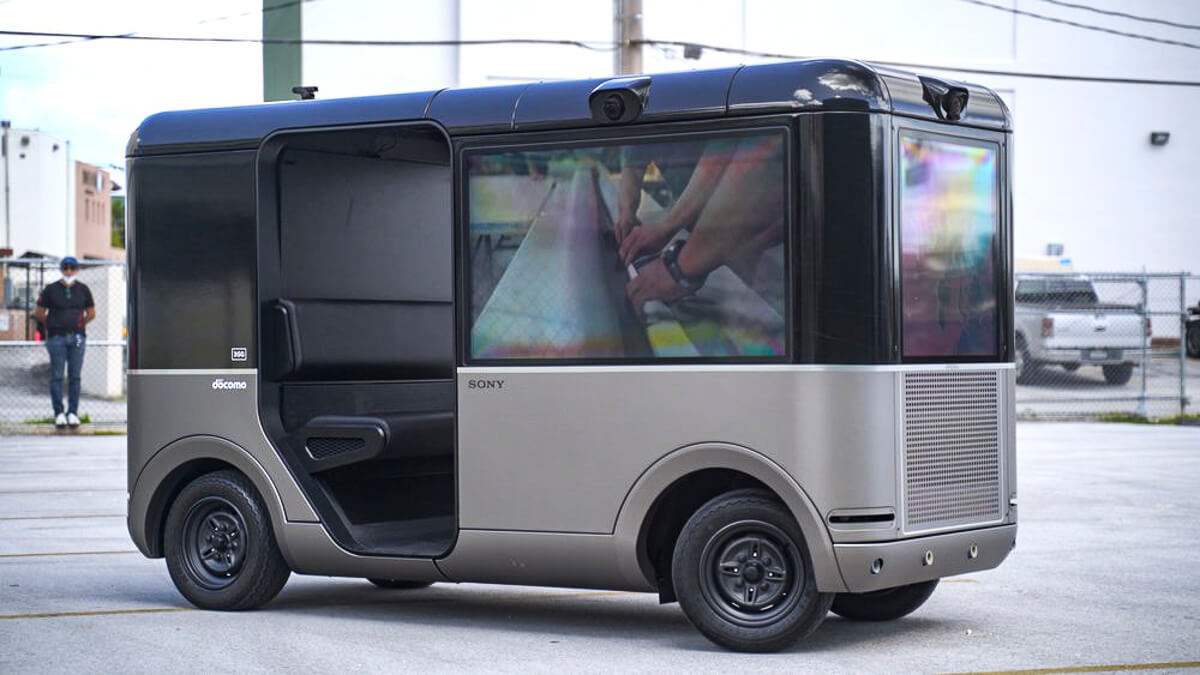 Researchers will now examine how well the data transmission worked in controlling the car over such a huge distance, via a low-latency, extra-high-speed, and large capacity 5G network.

Get out of my cloud, get into my car

The SC-1 isn't bad for a bucket of bolts.

There are image sensors mounted on the vehicle's front, rear, and both sides, to give the remote driver a high-quality view of the surrounding area.

On-board passengers can also look at video of the surrounding areas, on indoor screens, just as if they were looking through windows.

Windows are so 2020: Instead of windows, then, there are 4K digital panels on the car's exterior, which can display adverts in high-quality resolution as a moving billboard.

There's an ultrasonic sensor, too.

And the exterior cameras can scan people walking around the vehicle, read their demographics, and aim particular ads at them – because that isn't creepy at all.

Sony is in the auto industry, a bit.

It makes speaker systems for a gamut of carmakers, and image sensors to assist automatic emergency-breaking for some Toyota and Lexus models.

So you see the reasoning: Let's start with two Sony strengths, consumer entertainment and sensors, and then make a car around it.

Because once you're relieved of driving duties, you may as well catch up with Netflix.

"We believe that the evolution of mobility will also redefine cars as a new entertainment space," says Sony's president and chief executive, Kenichiro Yoshida.

It's a weird world now, out there in auto-land.

General Motors has said it plans to use Android software in its future vehicles. While Amazon has picked Lamborghini as the most recent home for Alexa.

And Google and Apple are fancying themselves car companies too, in this weird new driverless world mixing auto steel, tech and telecom.

"We have turned the smartphone into a vehicle," say Docomo.

Baby you can drive my car

But coming up with a concept car is one thing. Cranking out a production vehicle at scale is slightly different.

Apple, until recently, had been in talks with Hyundai to manufacture its car project, which it refers to as Project Titan (and sadly, not as the iCar).

The project is headed by Doug Field, who jumped to Apple in 2018 after a stint at Tesla.

The world's third-largest carmaker, though, admitted on its most recent earnings call that they were "agonizing over how to do it, whether it is good to do it or not."

For now plans have stalled – but production had been predicted to start in 2024, possibly at the Hyundai-owned Kia plant in the US state of Georgia.

Sony, with its Vision-S testbed, is mulling a tie-up with Austrian automaker Steyr.

This adds to another grouping, the ORAN Alliance which NTT DoCoMo formed in 2018, with AT&T, China Mobile, Deutsche Telekom and Orange, to drive more open radio access networks. Then Japan's Rakuten Mobile buoyed the alliance's numbers by one in November.