Enthusiastically boarding the artificial intelligence bandwagon, Ericsson will unveil a handful of "machine intelligence" products at this week's Mobile World Congress as it tries to close the gap with Chinese rival Huawei.

Forthcoming products will include a chatbot designed to support mobile network technicians as well as a "self-learning" tool that shifts network resources between basestations to suit traffic levels and user needs.

The basestation technology is already in trials with Vodafone Spain, which plans to use it in commercial networks this year.

Huawei Technologies Co. Ltd. plans to launch an AI-enabled computing platform called Atlas this year and has also developed a system it calls Wireless Intelligence for the automation in 5G networks of the "beamforming" process, which focuses signals on end-user devices. (See Huawei Set for 'Intensive' AI Investment.) 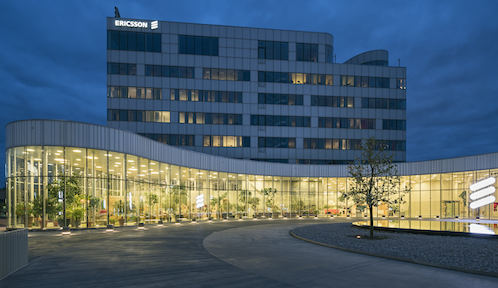 Ulrika Jägare, the director of its analytics and machine learning activities, says Ericsson has recently been in talks with 15 major operators about its forthcoming AI products. All of those companies are interested in carrying out trials, she tells Light Reading, although Ericsson has yet to announce any prospective customers other than Vodafone Spain.

Using the term "machine intelligence" to describe the latest innovations, Jägare says that some of the new products will support Ericsson's managed services business and aim to make network operations and service delivery "more machine- and less man-driven."

The chatbot tool, she explains, should help to reduce the costs incurred in sending highly skilled engineers to mobile sites to fix basestations. "You can dispatch a junior technician instead and he can use the chatbot to get support on troubleshooting and access a product information library that contains more than 14,000 documents," says Jägare.

Ericsson hopes to integrate some of its machine intelligence with basestations and core network technologies to improve performance. The load-balancing system that Vodafone Spain is testing can calculate which frequencies and cell sites are optimal for particular users and make rapid adjustments.

"It is better to have a self-learning and self-optimizing tool that adapts to each site than to have one model that is the same across the entire network," says Jägare.

In the core network domain, Ericsson has also been exploring the use of machine intelligence with the virtual MME (mobility management entity) network function. "Compared with using a predefined product based on best assumptions, this is performing 25% better," says Jägare. "You can easily reuse [the AI] for another product and we are looking at using it for the IMS [Internet Protcol multimedia subsystem] function and in a virtual RAN [radio access network]."

Next page: Rise of the machines