PARIS -- AI Net -- Operations staff at Colt may feel a bit safer in their jobs this week after one of the telco's senior network architects said there would never be "full automation," and that recent trials of artificial intelligence had shown humans will "stay in the loop for quite some time."

The update from Valery Augais here in Paris today comes amid growing concern about the impact of artificial intelligence on the telecom workforce and follows a series of AI trials, or "proofs of concept," that Colt ran under its Sentio initiative, starting in the third quarter of 2018.

The telco, which operates in the business and wholesale connectivity markets, decided to run AI trials in partnership with vendors of machine learning products after realizing it did not have the internal staff resources to commit to that effort. Colt also ruled out using cloud companies and systems integrators, believing these players lacked the expertise it would require. 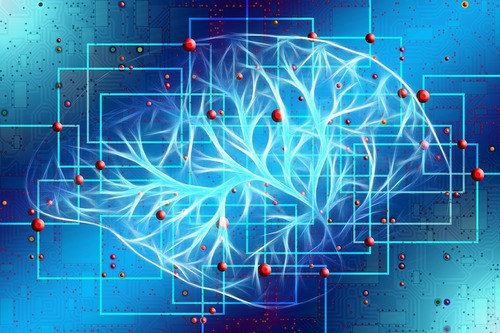 Before starting the trials, AI was literally a solution in search of problem, as far as Colt was concerned. "We had nothing identified clearly," said Augais during a presentation at this morning's AI Net conference. "We were looking for areas where AI and machine learning could help us."

Despite reporting a few successes, Colt still appears to be some way off taking AI into a production environment. One of the main challenges is the significant effort needed to gather and prepare data, said Augais. As for the concept of "closed loop automation" -- whereby humans are removed from the process of monitoring and optimizing network performance -- it remains nothing more than "a vision for now," he said.

But what of those trials? Sharing details for the first time, Augais said one trial meant working with Ciena, an optical equipment specialist, on a neural network that would anticipate and identify faults in optical equipment by analyzing data from performance management and network monitoring systems. That tool was able to predict faults with "good accuracy," the Colt executive told attendees at today's event.

There was also success when it came to the use case for traffic prediction and packet optical design optimization, Augais revealed. The objective here was to improve the efficiency of network capacity management and reduce the total cost of ownership. Colt picked Aria Networks to build machine learning applications and a company called Kx to develop the analytics platform, but the trials also involved routing equipment provided by Cisco and optical network technologies from Ciena.

Colt was happy with the "data lake" and machine learning applications, and the way they performed, but said the findings against financial objectives are still under review.

In the network security area, where it did not identify a partner, Colt built a new monitoring tool for detecting anomalies. The trial was described as "promising" by Augais, who said the technology measured up well against the traditional behavior model.

However, a fourth trial of machine translation technology was deemed a failure, with the quality of the translation not up to the level Colt had expected. The idea here was to come up with a near-real-time translation tool for a chatbot service aimed at customers across numerous geographical markets. "There is no follow-up for now," said Augais. Again, he did not identify Colt's technology partner in this instance.

Colt is currently assessing the business value of using AI in commercial networks, and ultimately plans to move some of the technologies that were successfully tested into a full production environment.

But when Augais was asked during a panel session to predict when AI would drive a fully autonomous network, his answer was that there would be "no full automation" by any foreseeable date.

Billed as an "AI-driven networking" project, Sentio was announced to the wider world in October 2017, when Mirko Voltolini, Colt's vice president of technology and architecture, said a key element in the process would be the development of an AI-based analytics engine to feed information into Colt's network controllers.