Telenor does AI deal with Google despite its big-tech fears

Five years ago, one of Telenor's top boffins feared that Google, Amazon and Facebook were set to become an unstoppable force in artificial intelligence (AI). "There is a real risk that the most fundamental technology of the 21st century will be dominated by a few large companies, unless we take the necessary steps," said Bjørn Taale Sandberg, the Norwegian telco's head of research.

For Telenor, the necessary steps meant investing in its own AI lab and backing the right startups. Conversely, it is hard to see how a strategic partnership with one of the AI bogeymen would produce alternatives to them. But that is what Telenor did five years after Sandberg first warned of an AI oligopoly, announcing a Google Cloud tie-up today. Among other things, it will be "exploring how to leverage" Google's AI expertise.

The partnership does not mean Telenor has abandoned AI research, but it does smack of capitulation to a higher technology power. Telenor would not be the first to succumb. "We cannot pretend, because we don't have the scale to rebuild what they have been able to build with worldwide scale," said Michael Trabbia, the chief technology officer of France's Orange, during a conversation with reporters earlier this year. 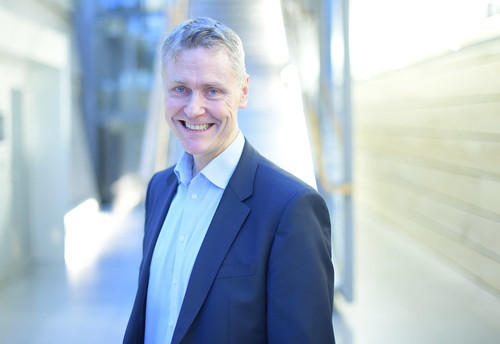 The "hyperscalers," as they are commonly called, have advanced deep into telco territory since Sandberg raised the AI alarm in August 2016. Nearly all Europe's major operators have formed partnerships with AWS, Google Cloud or Microsoft Azure. Some have teamed up with more than one of the hyperscalers. And AI is often at the heart of these plans.

With these tie-ups comes the recognition that operators simply do not have the brainpower or resources to compete directly in AI. Alphabet, Google's parent company, spent $27.8 billion on research and development last year. Telenor's investment was a measly $27.5 million (at today's exchange rate) and its entire capital expenditure came to less than $1.9 billion. Its staff numbers have dropped from 37,000 to just 18,000 since 2016, while Google's have soared from 72,000 to more than 135,000 over the same period. Today, Alphabet is worth 90 times as much.

That big tech will dominate AI  in the absence of governmental intervention  is now a given. In the telecom sector, the only uncertainties are where big-tech partnerships will ultimately leave operators and whether they are mutually beneficial. One troubling possibility is that AI technologies developed by just three US firms will eventually underpin telcos outside China and a few other countries.

Vodafone is trying to mitigate the risk of big-tech dependency by investing heavily in its own software resources. Over the next few years, it aims to add 7,000 software engineers to a team that today comprises about 9,000 people, largely through internal recruitment and retraining.

One aim is to generate in-house tools  including what Vodafone calls a telecom-as-a-service (TaaS) platform  that allow the operator to port IT workloads between different public clouds. "When you are with AWS or Google, you should very quickly be able to move from one to another," said Ahmed El Sayed, Vodafone's head of software engineering, when he recently met with Light Reading. "The TaaS will give us an agnostic relationship with any hyperscaler out there."

Vodafone will also continue to invest in AI, despite the Neuron deal with Google. "We are using the Google Cloud platform but we are building our data models on top," said El Sayed when asked what the software recruitment plan meant for his company's AI relationship with the Silicon Valley giant.

Orange similarly plays down any suggestion that its Google partnership means it has given up on in-house AI development or will have zero need for AI products from traditional suppliers. "The interest that we have and that Ericsson has is much more in the algorithms and the data than in the platform itself," said Yves Bellego, Orange's director of network strategy, during a recent interview with Light Reading.

But experts are not entirely convinced by these in-house telco initiatives. In a blog published today, industry analyst Roz Roseboro  while lauding Vodafone's efforts to be less dependent on a single public cloud  says ensuring workloads are portable would mean sacrificing optimization and incurring upfront coding and ongoing maintenance costs (7,000 additional engineers will presumably not pay for themselves).

On the recruitment front, her concerns are that operators may struggle to attract talent and to retrain existing staff. "I'm by no means disparaging the skill level of these people, but wonder if there may still remain an element of old thinking in spite of the new skills," writes Roseboro.

Any scheme that involves recruiting expensive talent presents another problem, too. Over the last few years, divestment and efficiency programs have allowed nearly all the Western world's big operators to cut jobs and defend profits (even to boost them) in a low-growth telecom market. The shrinkage at Telenor has been especially dramatic, but, as headcount has fallen, the earnings margin has risen almost nine percentage points since 2016, to 46% last year. Entering the software talent war could hurt profitability.

Vodafone's big hope is that its software engineers will also spur sales growth, producing new services that companies or consumers will pay for. But operators have failed to generate serious money from anything bar connectivity for years. And software experts who double as innovators may have ideas other than working for a telco.

In its last annual report, Telenor attributed margin improvements to its "focus on automation and zero touch operations," and it has previously drawn the link between technology investment and headcount reduction. But cutting a net 20,000 jobs in six years  whether via divestment or efficiency measures  has arguably made it so operationally lean that it could not hope to find sufficient internal resources for an AI-based future. With today's move, the risk Sandberg outlined in 2016 has only edged closer.