Orange is building a network that will run itself

Lannion in the northwest of France seems an unlikely place for state-of-the-art technology.

Look it up on Google Images and the views are of narrow, timber-framed homes with pointy roofs, huddled together for tourist photos on ancient streets. But the town in Brittany also hosts a telecom research center used by the likes of Orange, Nokia and Sagemcom.

In the next few days, it will become a testbed for one of the most advanced telecom networks on the planet.

Built by Orange, the "digital twin," as the French operator likes to call it, will be designed as much as possible to manage and run itself.

Industry expressions such as "zero touch" and "closed-loop automation" denote the absence of people who would ordinarily carry out system checks and fix problems. Artificial intelligence (AI) and the individuals who can tame it are their replacements. Codenamed Pikeo, it is a blueprint for the networks of the future.

There is a long checklist of technologies that Orange plans to debut in Lannion, starting with a "standalone" 5G core network developed by US-based Casa Systems.

This standalone variant of 5G would sever the ties to 4G and allow 5G to exist independently. It promises better support for advanced 5G features such as network slicing, allowing an operator to guarantee different types of service on the same platform. 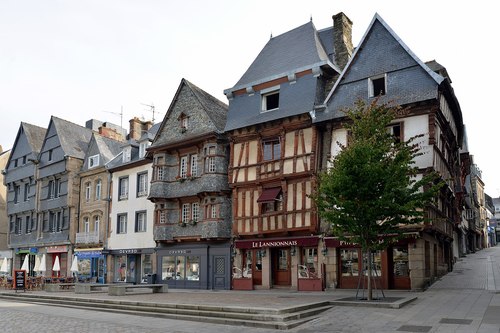 At first glance, Lannion in northwest France does not look very hi-tech.

By combining this new core with AI, the system  Orange hopes  will be able to automatically carve out new slices in "real time," depending on the performance needs it detects. This means it could instantly adapt to whatever new services emerge.

For what Orange calls "subscriber data management," Orange is turning to HPE and its cloud-based technology. Dell is to provide hardware infrastructure (servers) running Orange's virtualized network functions, while Israel's Amdocs will have responsibility for business support systems. China's Xiaomi has been identified as a provider of end-user devices.

Open source also has a role in Pikeo, with Orange set to use ONAP  a platform now managed by the Linux Foundation  for automating various backend systems.

And no futuristic network project would be complete without reference to open RAN, an attempt to virtualize software, commoditize hardware and end telco reliance on giant vendors in the mobile network. Orange has named Mavenir as the company that will provide open RAN software in Lannion.

The ethics of AI

Set to run over a two-year period, the project will start with about 50 users, before ramping up to encompass hundreds by the end of this year.

One of Orange's main goals is to figure out what the benefits of such extreme automation are from both a customer and an organizational perspective.

But it will also be testing and developing tools and systems that have never been used at scale in a brownfield network. And the use of so many different players will force it to become an expert at systems integration.

All this entails massive change for Orange and its technical staff, says Michael Trabbia, the operator's chief technology officer.

"The technology will be very different from what we have known in the telco industry, and we need to get prepared and have our experts getting used to this future technology," he tells reporters on a call.

As "zero touch" implies, there will eventually be little need for many of the employees who have filled traditional technical roles.

"The supervision team is handling tickets and alarms and the first step is to automate how we treat those tickets," says Trabbia.

"The vision is that the teams in charge of operations will rather be AI experts who will improve algorithms rather than manage tickets."

This raises all sorts of ethical questions that Orange will need to consider as it deploys systems in Lannion. If AI-run telecom networks become so complicated that people would not even be capable of managing them, could a human technician feasibly step into the breach of a systems failure?

"As you give the network to algorithms, you have to be sure about the IT architecture around that," says Elisabeth Py, Orange's project manager in Lannion. One thing she hopes to learn as she automates operations is where humans will "fit."

Despite the implications for staff, Trabbia and Py insist that Orange will continue to need people with network skills, as well as new IT experts.

"We will try to see what we need tomorrow to build and operate such a network, but we will put together the best expertise on networks and IT," says Py.

The million-dollar, unanswered question is how big the technical workforce would need to be, alongside today's, to run a mass-market network built on Pikeo principles. In all likelihood, Orange will need relatively few AI experts compared with the number of people it employs today to check tickets and look after technical operations.

Automation and the use of Internet platforms are already acknowledged to have claimed thousands of jobs in the telecom sector.

A striking example comes from Vodafone, which said in late 2019 that its "zero touch" network operations centers (NOCs) would need only "a very small number of people" in the next five to seven years, down from the 1,500 that its NOCs have previously employed.

That revelation came months after Three, a UK rival to Vodafone, said that moving IT systems to the public cloud would allow it to cut two thirds of all technical jobs at the company, or between 700 and 800.

According to a database maintained by Light Reading, which profiles the 20 largest operators by sales with headquarters in Europe or the Americas, about 230,000 jobs have disappeared at those companies since 2015, some 12% of the total. At Orange, headcount has dropped by roughly 14,000 jobs since 2015, to 142,150 at the end of last year.

Danielle Royston of Telco DR, a consulting firm and investor in cloud software companies, thinks headcount in the sector could ultimately drop by as much as 75%.

"All the tools within telcos today are built with the assumption there is a person driving the keyboard, and yet there are machine-learning tools that make more intelligent recommendations than the humans do," she says. "You just need less people."

The best model for Trabbia so far appears to be Rakuten, a Japanese ecommerce firm using a mixture of cloud and software technologies to build its country's fourth mobile network.

That may frighten staff. In March last year, Tareq Amin, the chief technology officer of Rakuten Mobile, told Light Reading his entire operations team comprised just 175 employees and would never exceed 350. His competitors employ thousands in this area, he said.

While Lannion is the immediate priority, Orange plans to extend Pikeo into other locations in France starting in 2022. Other countries may soon follow. It will be years before Pikeo enters commercial operation. But any technical staff determined to keep their jobs might want to start brushing up on AI.