Nvidia's $40B Arm takeover is the stuff of nightmares

For the last few weeks, Hermann Hauser has had a recurring nightmare that Nvidia, a US chipmaking giant, would be allowed to buy Arm, the UK chip designer he co-founded back in 1990.

Hauser's fear was Nvidia would steamroller the UK's only real technology champion, a company that designs the central processing units (CPUs) used in many of the world's most popular smartphones.

Nvidia, after all, would have little obvious incentive to see Arm's technology sold to its competitors. And Arm's customers might balk at paying a rival.

Others, including UK politicians, worry that Nvidia would move Arm's headquarters from Cambridge or lay off many of its 3,000 UK employees.

In 2016, Arm was previously sold to Japan's SoftBank for more than £24 billion ($31 billion, at today's exchange rate), but only after Masayoshi Son, SoftBank's CEO, agreed to retain the UK base. 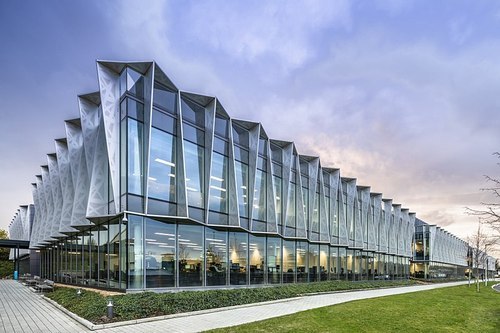 Or has it? In its various statements about the deal, Nvidia has promised to keep Arm headquartered in Cambridge.

Jensen Huang, Nvidia's founder and CEO, has also made a commitment to "maintain [Arm's] open-licensing model and customer neutrality, serving customers in any industry, across the world."

Yet on a call today with reporters, he admitted that Nvidia has given no legally binding commitment to the UK government.

"We have just started a conversation with the UK government and have plenty of time," he said.

Hauser is not satisfied by Nvidia's words. On UK radio this morning, he insisted the sale would be a "disaster" that would eventually destroy Arm.

Ultimately, it is in Nvidia's interests to eliminate the firm, he has previously said.

Clearly, he attaches the same weight to Nvidia's promise that critics of the T-Mobile and Sprint merger did to the US operators' pledge on jobs.

GPUs meet CPUs
Is there reason to hope Nvidia will be honorable?

The sum of $40 billion is a vast amount to spend on a company that made about $1.9 billion in revenues last year, according to SoftBank's latest annual report.

The rationale for the deal, according to Huang, is to combine Nvidia's expertise in artificial intelligence with Arm's CPU brilliance.

Nvidia, which reported revenues of nearly $11 billion in its last fiscal year, has world-leading AI tech through its graphical process units (GPUs), everyone agrees.

Arm has world-leading CPU technology as well as a huge entrenched position in the market for mobile devices.

An astonishing 180 billion devices have been shipped based on Arm's designs, while the tie-up will expand Nvidia's developer reach from 2 million to more than 15 million software programmers, reckons Huang.

The basic pitch is that Arm's customers will be able to receive a lot more than just the CPU following this deal.

The packaging up of the Nvidia and Arm portfolios will give rise to chip designs that incorporate all sorts of AI wizardry, making Nvidia a vital cog in tomorrow's computers.

Because Nvidia and Arm do such very different things, a redundancy program and the scaling back of UK expertise would make little sense, Nvidia can reasonably argue.

"This isn't about consolidation or cost synergies," he said. "This is about combining two companies that have very different capabilities and skills to create something unique."

It is no wonder he sounds so chummy with Son. The two have the same Terminator-like vision of a world in which "AI supercomputers can write software no human can," in Jensen's words.

"This new form of software will expand computing to every corner of the globe," he writes in a blog published this morning. "Someday, trillions of computers running AI will create a new Internet  the Internet-of-things  thousands of times bigger than today's Internet-of-people."

But if Hauser's forecast is not worrying enough, this really will sound like the stuff of nightmares to many people.

One can almost picture Huang and Son, whose company will retain a 10% stake in Arm, cackling over a silver-service dinner in some movie villain's mountainside retreat as they plot the downfall of the human race.

Following the conclusion of a deal, which is to be financed through a mixture of Nvidia shares and cash, Huang has promised to set up an AI research facility at Arm's Cambridge headquarters.

His plan, he says, is to build a "state-of-the-art AI supercomputer, powered by Arm CPUs."

Regulatory opposition looms
The question is whether it will ever be more than just a script.

Geoff Blaber, an analyst with CCS Insight, shares Hauser's view of the entire scheme, and he thinks regulators will, too.

"An acquisition by Nvidia would be detrimental to Arm and its ecosystem," he wrote in a research note that Light Reading received.

"Independence is critical to the ongoing success of Arm and once that is compromised its value will start to erode."

"This will rightly face huge opposition, most notably from Arm licensees who have collectively shipped an average of 22 billion chips annually over the last three years," Blaber continues.

"A huge diversity of businesses from Apple to Qualcomm are dependent on Arm and will be motivated to unite in opposition."

Simon Segars, Arm's CEO, has evidently been jetting around (or perhaps just Zooming around) to salve any customer anxiety. "I have had dialogue and it is really important Arm is able to maintain its business model to grow and serve licensees," he said on today's call.

"Customers are going to love it because they will get more  our technology brought to the vast network of Arm's ecosystem," Huang chipped in.

Yet Blaber thinks Nvidia has a "mountain to climb in securing regulatory clearance."

"This process will take months if not years with a high chance of failure," he says.

"This process would be damaging to all parties, and the uncertainty alone would hurt Arm regardless of the outcome."

Even Huang had to concede that securing regulatory clearances will probably take longer than a year, as Nvidia tries to persuade authorities of the deal's merits.

"I have every confidence it is going to happen," he said.

Few others are so sure.