Nova Labs, the company behind the Helium network, said Thursday it is buying startup FreedomFi. The move comes as Nova prepares to commercially launch a 5G-branded mobile network in the US running in part on software and hardware developed by FreedomFi.

"The FreedomFi team has unique capabilities, a proven record of innovation, and are developers of best-in-class technology, so from a strategic standpoint this acquisition supports our mission," said Amir Haleem, CEO and co-founder of Nova Labs, in a press release. "The Helium mobile network will benefit greatly from the added expertise of FreedomFi and we look forward to working with Boris, Joey, and their team to make an even better consumer experience."

Boris Renski and Joey Padden, FreedomFi's founders, along with the company's 30 employees, will join Nova Labs to lead its "future expansion into the mobile space." Renski is a serial entrepreneur who started Selectosa Systems, AGroup, Mirantis and, in 2020, FreedomFi. Padden has worked at Layer3 TV and CableLabs and is the son of Preston Padden, a former News Corp. and Disney executive who has been involved in several high-profile spectrum policy issues. 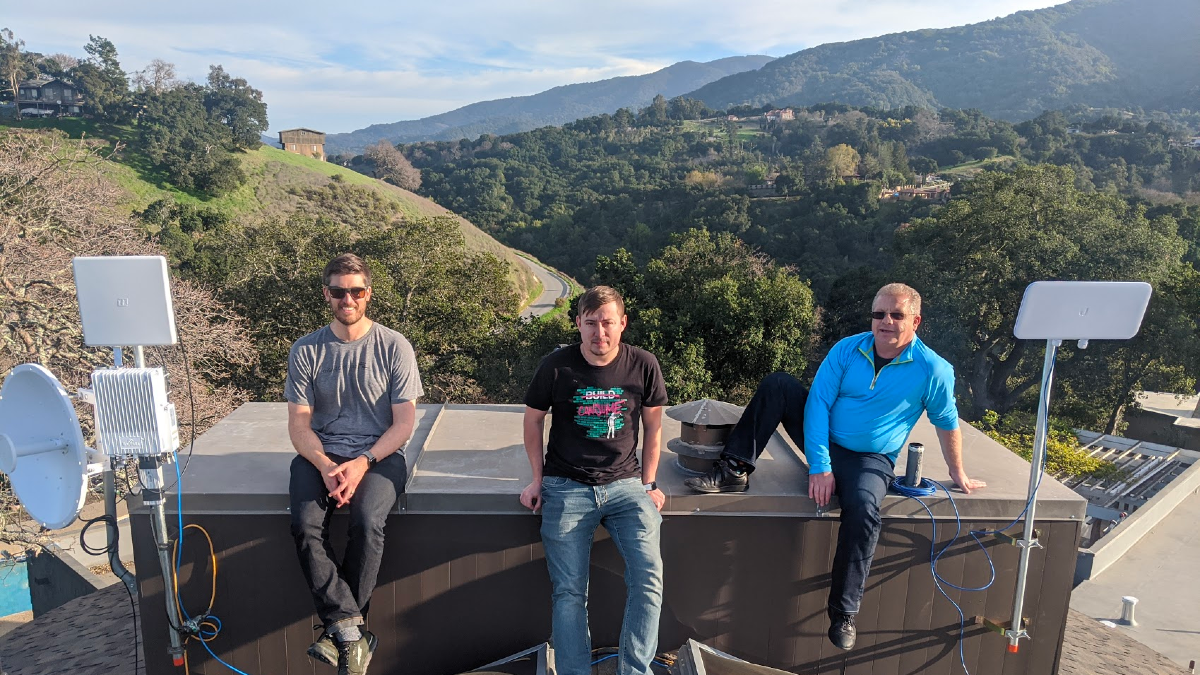 From left to right, FreedomFi's Joey Padden, Alex Shaposhnikov and Leon Kopelev test some of the company's radios.
(Source: FreedomFi. Used with permission.)

When it was called Helium, Nova rose to prominence on a LoRa-based wireless network for Internet of things (IoT) services running in a sliver of the unlicensed 900MHz band. The network was built by everyday users, funded through cryptocurrency and managed through a blockchain. Today it comprises almost 1 million LoRa hotspots across the world, covering almost 10% of the world's population.

Now Nova is preparing to launch its second wireless network, this one running in the unlicensed 3.5GHz CBRS band and targeting smartphones. Also built by users, the network currently counts roughly 2,500 active cell sites, 1,100 of them added during the past 30 days. FreedomFi, Bobcat, Cal-Chip, Baicells and Moso Labs are among the companies that built the radios for the network, which cost anywhere from $1,500 to $5,000.

Nova has been touting the network as 5G, but it actually runs on the 4G LTE standard. "We admit that we call this setup Helium 5G vs. LTE because it sounds cooler. If everybody else in the industry can, so can we," according to FreedomFi.

Indeed, AT&T received widespread criticism about its decision to brand its LTE network with the "5G E" icon.

When asked by Light Reading when FreedomFi might support products using the 5G transmission standard, Renski wrote: "We are testing a number of 5G radios in our lab now, but don't expect to start deploying 5G NR radios until mid-late next year."

GigSky and Dish Network are currently lined up to potentially make use of Nova's planned smartphone network, and Renski said Nova hopes to add more operator partners in the future.

"Carrier partnerships remain a main priority for us and we will keep you apprised of any new developments once we can discuss them publicly," he wrote.

But Nova doesn't plan to stop with networks in the 900MHz and 3.5GHz bands.

"Expanding the model into fully unlicensed spectrum with Wi-Fi 6 and Wi-Fi 6E access points for carrier offload is another big area we are exploring," Renski said. Such products typically work in unlicensed spectrum bands including 2.4GHz, 5GHz and the recently released 6GHz band.