James Taiclet is a former US Air Force pilot who served a tour of duty in the Gulf War under the callsign "Cheetah23."

After that, he bounced across a few positions at Honeywell Aerospace Services and Pratt & Whitney before landing at cell tower giant American Tower, where he became CEO in 2003.

During his tenure at American Tower, he shepherded the company into the 5G arena, positioning it to eventually ink a massive $17 billion agreement with T-Mobile to upgrade the operator's network to 5G.

Now, Taiclet is leveraging his 5G experience in a return to his military roots: He became the CEO of Lockheed Martin  the Pentagon's largest weapons supplier  in June with an ambitious plan to essentially use 5G to remote control up to three-quarters of all US military vehicles. 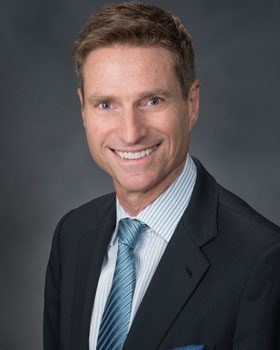 "Last month, the Space Development Agency awarded our team one of two contracts for approximately $200 million to develop initial data transport capabilities for the first generation of the National Defense Space Architecture," Taiclet said this week during Lockheed Martin's quarterly earnings conference call, according to a Seeking Alpha transcript of the event. "The award represents an important step toward building an interoperable, connected and secure mesh network of satellites that links ground, sea and air capabilities to sensors in space."

He said the overall goal of the effort is "to bring together an array of high-tech platforms into one cohesive network that spans every domain for unmatched situational awareness powered with 5G technology."

The Space Development Agency (SDA), established last year, is responsible for orchestrating the US military's "future threat-driven space architecture and accelerating the development and fielding of new military space capabilities necessary to ensure US technological and military advantage in space for national defense."

Just a few weeks ago the agency announced two contracts  $94 million with York Space Systems and $188 million with Lockheed Martin  to "initiate the design, development and launch of constellations composed of tens of satellites with optical intersatellite links capable of sending and receiving wideband data to and from other space vehicles and ground stations."

As Space News reported, the two companies are each responsible for launching 10 low-Earth orbit (LEO) satellites by September 2022 that will communicate among themselves and also relay data down to military forces on the ground, on ships or in airplanes.

The goal, according to SDA Director Derek Tournear, is to launch additional satellites via other vendors, but to retain the same communications technology. "Meaning that they all have to be to talk to each other regardless of who builds them," he said.

And according to DefenseNews, Director Tournear explained that the agency's communications "transport layer" will be the space component of a Joint All-Domain Command and Control, or JADC2, a Pentagon effort to "connect any sensor to any shooter across domains and services."

The effort certainly aligns with the broader 5G vision Lockheed Martin's Taiclet laid out in July. "I've got an idea called '5G.mil' that we're going to try to figure out," he said, according to Reuters, envisioning an eventual future where up to three-quarters of all military vehicles are autonomous and connected to 5G network backbone.

"We're trying to make the programs and platforms better, and make them distinctively better versus our peer group by getting out in front of the networking side of this much more quickly," Taiclet added.

"We see an opportunity for 5G technologies to bring greater connectivity, faster and more reliable networks, and new data capabilities to support our customers' multi-domain and autonomous operations on 21st century battlefields," added a Lockheed Martin spokesman to American Military News in August.

The actions by Taiclet and Lockheed Martin certainly dovetail with a wider push by the US military to adopt 5G technology. For example, the US Department of Defense earlier this month awarded $600 million to more than a dozen companies including Nokia and AT&T for "5G experimentation" at a handful of military test sites.