IBM has acquired Volta Networks as it muscles up in automation

Volta Networks was always highly regarded in the telco software community for its cloud router, a product that would essentially allow customers to run dozens of virtual routers on low-cost hardware. Founded by former executives at Cisco and Juniper in 2015, it quickly made a name for itself and by early this year had raised nearly $23 million in funds, according to Crunchbase. Now it has been snapped up by IBM as part of Big Blue's growth strategy in the telecom sector, Light Reading has learned.

Not previously publicized by IBM, the deal happened in July under the direction of Andrew Coward, the former CEO of Lumina Networks who became general manager of IBM's software-defined networking business in February. Volta joins a line-up of other companies that IBM has recently bought, including Accanto, Instana, Turbonomic and, most famously, Red Hat, acquired for $34 billion in mid-2019.

While Red Hat remains a separate entity, Coward is wrapping the smaller businesses into an automation and analytics platform that already has some high-profile customers. "We acquired Volta Networks to extend our leadership in network automation and analytics," he tells Light Reading by email. "We're applying the Volta technology to help manage cloud network resources, and this will fit into a wider framework of our Cloud Pak for Network Automation (CP4NA), IBM Edge Application Manager and IBM SevOne products."

IBM landed Dish Network as a Cloud Pak customer last month, beating off competition from 19 other companies. In a research note about the deal, James Crawshaw, a principal analyst at Omdia (a sister company to Light Reading), said Cloud Pak was seen as an "intent-based" solution, meaning that enterprise requirements can be specified without an understanding of low-level detail. Its flexibility also appealed to the operator currently building America's fourth mobile network, said Crawshaw. 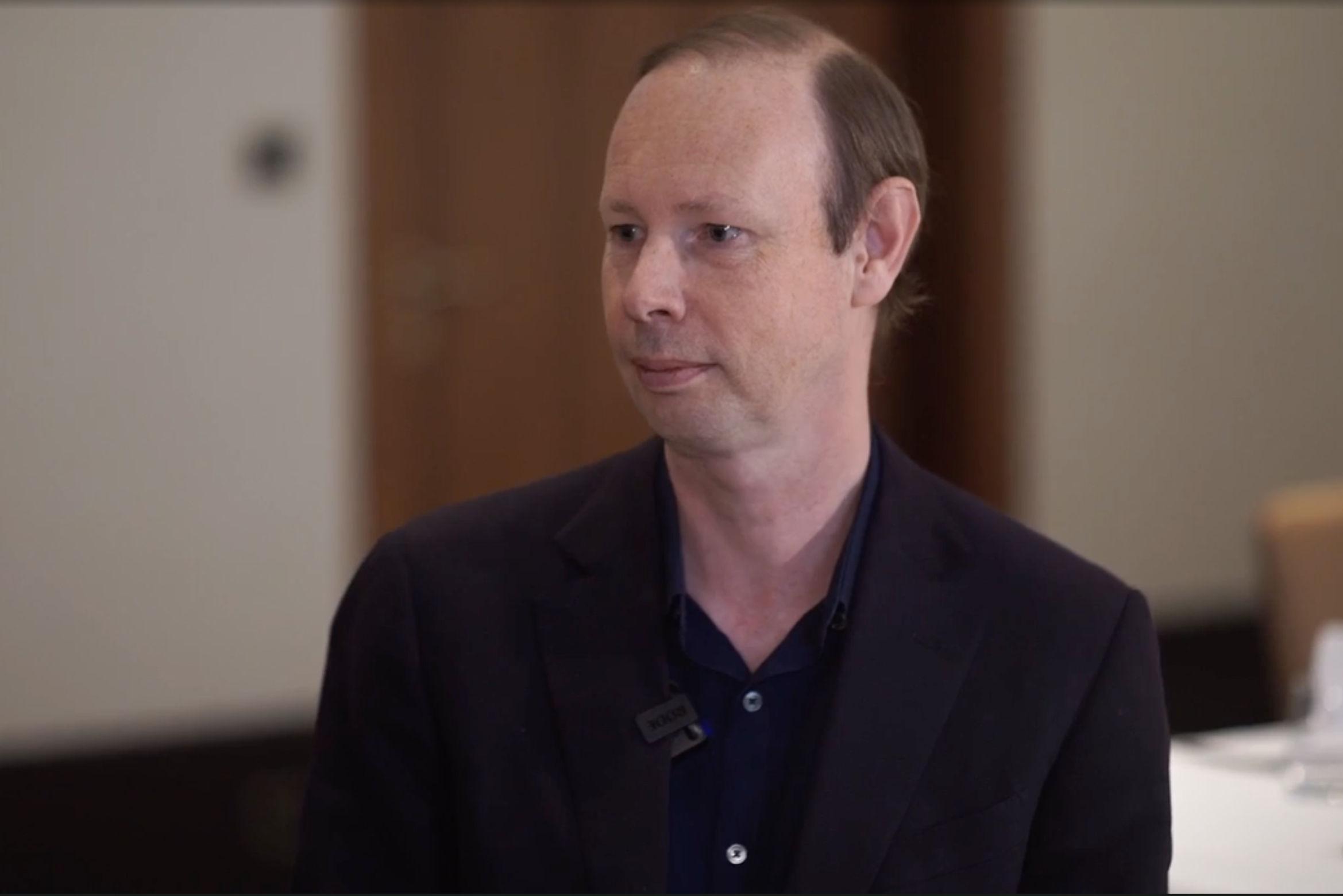 IBM's Andrew Coward, seen here in a video interview from 2018, when he was CEO of Lumina Networks.
(Source: Light Reading)

Coward says IBM has already made "significant headway" with its various products this year and can name Spain's Telefónica as another important customer. Speaking to Light Reading on a phone call, he is clearly enthused by Volta's technology and how it is developing.

"When we think about the Volta technology, they have gone after a use case in telco which we think they were early to market for," he says. "It is distributed management of routing, basically. The original concept was really focused on being able to control the edge remotely from a routing perspective. If you think about a lot of what we are doing from an orchestration perspective, it is being able to control infrastructure from the cloud out. That is what we just did with Dish, and the routing elements are a really important part of that."

The terms of the deal are not being disclosed, but Coward says more acquisitions are planned. With its new telecom leadership and several deals already concluded, "IBM finally looks like a credible player in the telecom network space," says Crawshaw.