Send out a potentially important news update on one of the rare days when news staff are not tethered to their laptops and you can guarantee that fewer people will notice. So it's curious that Vodafone, as an operator headquartered in the UK, chose a UK public holiday to announce its latest tie-up with a US public cloud.

Did its deal with Google Cloud have greater relevance for people in the US? Hardly. Vodafone has not had a US operation since 2013, when it collected $130 billion for selling its stake in Verizon. Its existing UK business, on the other hand, is at the epicenter of the arrangement. Employees working for the UK operation will certainly be affected, Vodafone acknowledges in its statement. So, indirectly, will Vodafone's customers. 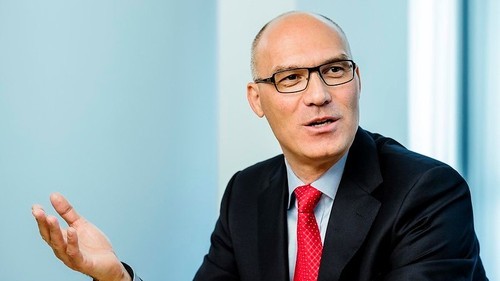 The timing was possibly just an oversight. The Financial Times evidently secured a pre-briefing but had to cover the story on a Sunday  when reading the FT is one of the saddest pastimes available to mankind  to beat the official release on May 3. Like any deal with a public cloud, however, this one raises awkward questions for the telco partner.

Partner is a charitable term in this case because Google Cloud is clearly responsible for all the heavy lifting. Vodafone is basically handing over the keys to its huge vault of data and asking for Google's help in managing it more efficiently. The hope is that a public cloud's technology expertise will improve services and reduce costs.

It is not quite framed that way by Vodafone, of course. The deal is presented as a jointly developed data platform called Nucleus that will crunch up to 50 terabytes of Vodafone data inside the cloud each day and provide constructive solutions to mind-bending telecom problems. What network faults can be expected based on current traffic patterns? How can these be fixed in the most cost-effective manner? What broadband package would best suit Mr. Ramsbottom of Chipping Sodbury given his predilection for streaming gardening shows after supper? That sort of thing.

There are 700 of these "use cases" that Vodafone has identified so far. In the meantime, another jointly developed system called Dynamo will act as a lightning-quick courier, picking up the bytes that Nucleus crunches and dropping them off at the point where they are needed in Vodafone's international footprint like a pizza delivery boy of data.

None of this has lurched into view unexpectedly. Vodafone first teamed up with Google on analytics in late 2019. Previously, it had been using an on-premises data platform that relied on 600 physical servers and Hadoop, a set of open-source software tools. By the time of the first Google tie-up, that platform was beginning to look as sophisticated as a pocket calculator. The solution was to shift all of Vodafone's global data into Google Cloud and manage it using a customized platform called Neuron, built largely with Google's cloud and AI skills.

Nucleus, then, is an offshoot of Neuron, if not its successor. It is currently being developed by 1,000 employees of Vodafone and Google based in the UK, Spain and the US. At some point, though, it will be fully operational, just as Neuron already is in multiple Vodafone markets. And when that happens, Google will effectively be running Vodafone's operations.

OK, that is a gross exaggeration. A fairer assessment is that technology developed by Google will be a step closer to running Vodafone's operations. If that were not the case, then Vodafone would not talk of benefits such as simplifying those operations and the attendant cost savings, or how Nucleus can aid decision making. Among other things, all of its SAP systems are to be moved into Google Cloud as part of the latest deal. Many of the servers, much of the on-premises infrastructure Vodafone has previously used, will no longer be required.

What's not to like? On the savings side alone, Vodafone apparently thinks it can slash the cost of running some systems by 20% to 40%, according to the FT's report. Its previously outlined objective is to realize a net reduction in annual operating expenses of at least 1.2 billion (US$1.4 billion) in 2021, compared with 2018.

That partly means layoffs. Yet to publish its annual report for March 2021, Vodafone last year revealed that staff numbers fell by nearly 11,000 between 2018 and 2020, to roughly 95,200 employees. While the divestment of some assets explains much of the drop, automation and technology are known to have already claimed hundreds of jobs at Vodafone's network operations centers.

Thanks to the Google tie-up, Vodafone should become a more lightly staffed and a faster-moving business, better at fixing problems and responding to new demands. Yet no one can pretend this is not a capitulation to a public cloud that has superior technology. The logical end point of the whole affair is that Nucleus becomes the brains of the operation, responsible for all the important decisions about network investment, service delivery and troubleshooting  even if human beings still approve those decisions (for now).

The thing is that Vodafone probably had no alternative. Over the last six years, Google's budget for research and development has nearly doubled, to about $27.6 billion, while Vodafone's share price has lost more than 40% of its value. Telecom operators are in retreat from content, the edge, asset ownership  just about anything that is not to do with simply operating a data pipe as efficiently as they can. Facing a huge bill for investment in 5G and full-fiber networks, Vodafone could never have built Nucleus on its own.

But other service providers are doing similar things. Ultimately, the only differentiation will be with those operators that continue to resist the cloud, despite their loss of competitiveness. The ones that buckle are hitching themselves to the public cloud in exchange for juicier profits. Yet history shows margins will inevitably come under pressure again without structural changes in the telecom sector.

The paradox is that telcos are currently determined to be less reliant on a small number of giant equipment makers even as they bind themselves to a trio of even more powerful US clouds. Maybe the apparent invincibility of those clouds is a factor. Unlike Ericsson and Nokia at one time or another in the last six years, Amazon, Google and Microsoft have never looked even close to failure. Combined, they made a net profit of $24.8 billion for the recent first quarter, on sales of $158.3 billion.

Yet extrication from a public cloud deal threatens to be much harder than swapping out radio equipment. In its October antitrust investigation into big tech, the US House of Representatives warned of "vendor lock-in" and said customers attempting to move clouds would usually face "high switching costs" plus "technical design challenges."

Quoted in the report, Snap, the developer of the Snapchat messaging service, said moving from Amazon Web Services or Google Cloud to another platform would "cause us to incur significant time and expense." The telco pact with the cloud may carry a high price indeed.