The Gluware team is surely smiling on the way to the bank with $43 million raised in the company's latest funding round. The intent-based networking (IBN) and automation software company's recent funding round was led by Bain Capital with participation from Acadia Woods Partners and existing investors, bringing total funding for Gluware to $90 million.

Gluware specializes in intent-based network automation, which Omdia Analyst James Crawshaw has defined as "a very high-level, simplistic language in which you basically ask the network what service you want it to deliver. In its essence, IBN is about abstracting away the lower-layer complexity of the network where you get into all the issues of interoperability between different vendors and their different interpretations of standards, etc."

Light Reading recently caught up with Jeff Gray, CEO of Gluware, to discuss the company's updates to its automation platform for enterprise customers and hear more about how Gluware plans to invest its new funding. Gray's career began in the semiconductor and smart grid industries, and he later held business development and consultant positions at Yelofin Networks, Firefly Communications and Deutsche Bank before entering the managed network services field at Gluware. He also has two United States patents for virtual private network technologies, alongside Huynh Van. 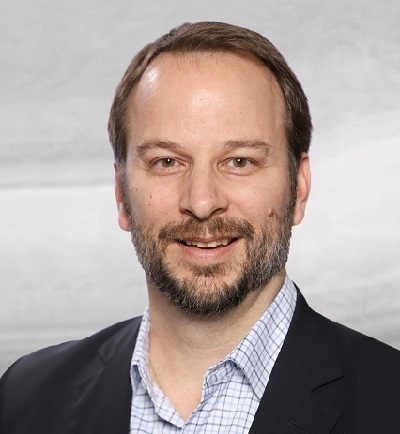 Gray told Light Reading that Gluware is now in "full-blown growth mode," with plans to expand sales and marketing efforts and add 60 new employees over the next two quarters. In addition, Gluware will expand the capabilities of its automation platform and further develop its network Robotic Process Automation (RPA) systems, virtualization and security features, AIOps and more for its Fortune 500 and Global 2000 enterprise clients.

With Gluware's platform, customers can also create a digital twin of their network "that exposes the security violations and the problems in the network," and test out changes before causing issues or outages on their live network, explained Gray.

"Phase one is to discover and ingest and understand; phase two is to cleanse," said Gray. "Gluware is able to know the state of the devices and can intelligently process change to bring them back into compliance. Phase three is maintain  Gluware is used to then maintain the fabric and be able to process change at scale in a safe and predictable manner."

Gluware updated its platform to Gluware 4.1 in August, adding new usability and security features, updating the customer dashboard and improving integration with Cisco, Juniper, Arista and HPE/Aruba. In October, Gluware launched Gluware 4.2 to improve security features such as integration with the National Institute of Standards and Technology (NIST) database to identify threat vulnerabilities of on-network devices  this database synchs with the National Vulnerability Database (NVD) to pinpoint associated vulnerabilities in the customer's network. In addition, 4.2 provides more auditing and notification tools for users.

Mike Haugh, VP of product marketing for Gluware, says the auditing capabilities in the 4.2 version of Gluware's platform are particularly helpful for customers in the financial and insurance markets, providing them with the ability to run security audits to gauge where changes need to be made in their network.

"With this audit enhancement capability, we've listened to our largest Fortune 500 customers  and this gives them a degree of customization. It's not just to point out the issues, but to remediate the issues," added Gray.

Gluware's updates to its automation platform come at a time when intent-based networking is gaining more industry interest  from service providers in addition to enterprises. Sameer Ashfaq Malik, senior principal analyst of Service Provider Routing and Switching for Omdia,recently wrote a blog post explaining how intent-based networking was slow off the starting blocks with service providers side due to the complexity of the technology, but is now starting to turn heads.

"The IBN concept is roaming and, despite being much ignored in the last few years by the communication service provider (CSP) industry due to its complexity, it is now successfully taking off," wrote Malik. "But CSPs now realize that this is the time to explore and unleash the full potential of IBN, and are aggressively demanding that the system automatically and speedily translate their business intents into simple network policies throughout the network and automate the desired task smoothly."