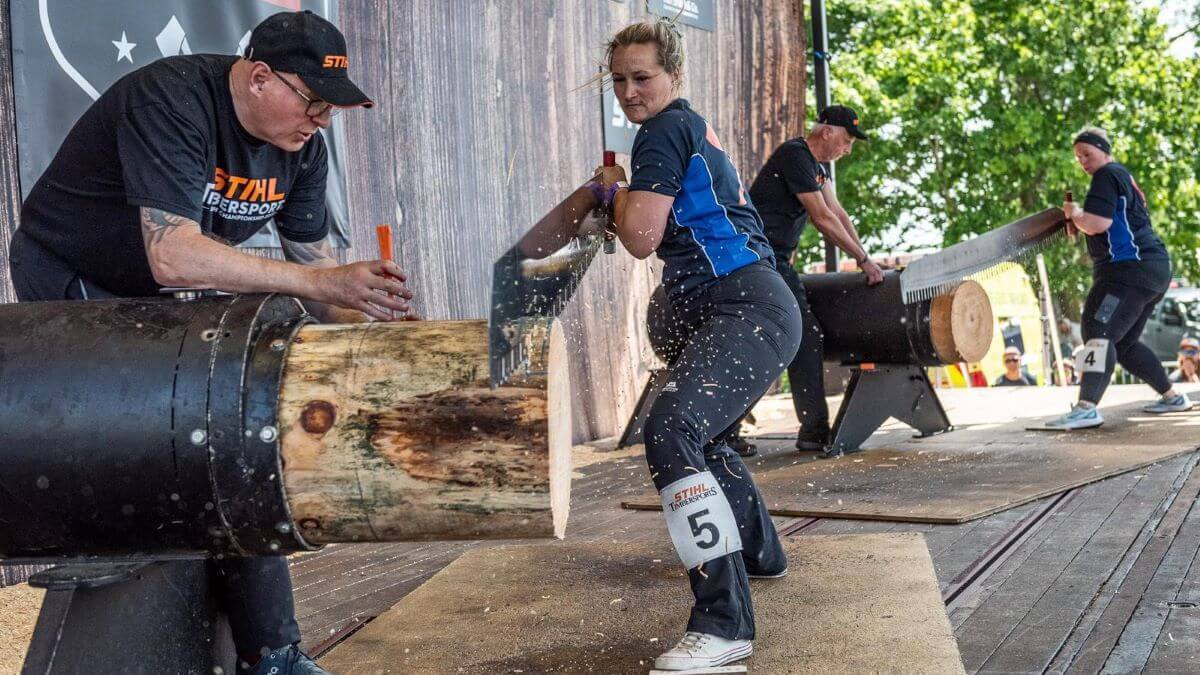 Put your back into it Justine – it's only 40 degrees centigrade.
(Source: Openreach)