AT&T ratchets up pace of cuts as 9K jobs vanish

Shunted into the bottom right-hand corner of a spreadsheet attached to AT&T's latest earnings statement is the quarterly human cost of its $6 billion savings push.

Between June and September, nearly 9,000 jobs appear to have vanished at the US telco, almost 4% of the total.

It signifies the most aggressive round of layoffs at AT&T since it completed its questionable $85 billion takeover of Time Warner more than two years ago.

Together, the two separate companies employed some 281,450 people in 2015, according to a database of employment statistics maintained by Light Reading. Including what is today branded WarnerMedia, AT&T now employs 234,630.

The disappearance of nearly 47,000 roles, about 17% of the 2015 total, in just a few years seems without precedent in the telecom sector. Nor does the cull seem to be over.

Earlier this month, the Wall Street Journal reported that AT&T is planning "thousands" of job cuts at WarnerMedia, a division badly struck by the coronavirus pandemic and the changes it has brought. 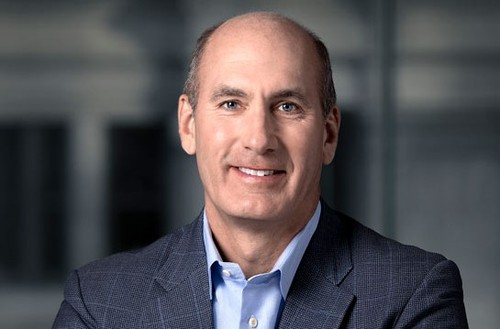 "There's nothing that's sacred anywhere in the business," AT&T CEO John Stankey is reported to have told the Wall Street Journal in a recent interview. "WarnerMedia is no exception to that."

Stankey, who succeeded Randall Stephenson as CEO in July, became the architect of AT&T's latest cost-cutting scheme in his previous job as chief operating officer.

Were the cuts spread evenly across all salary bands, AT&T would have been looking at about 10,000 layoffs. Given that nearly 10,000 jobs have already gone since March, the ultimate figure could be much higher.

"We've shifted some stores to third-party dealers, closed others and we've also been able to streamline our customer experience, especially our digital sales, and simplify processes."

Figures show that operating expenses fell by $479 million in the quarter, compared with the year-earlier figure  just 1.3% of the total.

With revenues down 5%, to about $42.3 billion, operating profit slumped more than a fifth, to $6.1 billion. Pay-TV losses are hurting and the immediate outlook for some of the media assets is bleak.

AT&T is not alone in shedding staff. Big rival Verizon has been on a similarly drastic diet, cutting nearly 43,000 jobs since 2015, almost a quarter of the total, according to Light Reading's data.

Following its tie-up with Sprint, T-Mobile US also appears to be cutting roles  despite earlier assurances by Timotheus Höttges, the boss of parent company Deutsche Telekom.

"The overall plan is for the larger company to employ more staff than the two previous companies put together," he said when the companies were trying to overcome resistance to their merger proposal.

Jobs are going outside the US market, too. Deutsche Telekom cut 5,000 last year, about 2.4% of the total. Spain's Telefónica and the UK's Vodafone, both of which have been divesting assets, reduced their combined headcount by more than 8,000 employees, equal to roughly 4% of the workforce in 2019.

The pandemic has undoubtedly worsened prospects for the sector's employees. Worried about the virus, many consumers now prefer to shop online, giving AT&T the justification that it needs for store closures.

In some markets, drones are even being used to inspect network sites. The technicians who would normally visit these towers may become redundant.

At least there are still well-paid jobs for the top brass. Stankey collected $22.5 million in total compensation last year, a nice little rise on the $16.6 million he received in 2018.

Meanwhile, AT&T's share price is down a quarter since 2007, when he took charge. Perhaps automation of the C-suite should be a strategic priority. Could bots do worse?