In a grand gesture of solidarity with the struggling worker, AT&T CEO John Stankey approached his compensation committee last year and asked for a salary cut.

It was a recognition of "the unprecedented uncertainty and global economic stress impacting society," said AT&T in a filing with the Securities and Exchange Commission, as if Stankey had offered to sell his house and donate the proceeds to homeless veterans.

More than a few investors will be asking why he is even in charge after playing such an instrumental role in the botched, $85 billion takeover of Time Warner, a media giant AT&T is now spinning off.

"I think everybody has been pretty impressed with the results of AT&T over the last year," said Phil Cusick of JP Morgan on a call with AT&T executives. He was speaking for the clubby community of equity analysts, men who gush with congratulations like wedding guests when there is a barely perceptible uptick in profitability.

His qualification came later: "I would only follow up that the market is telling you that investors don't believe it." 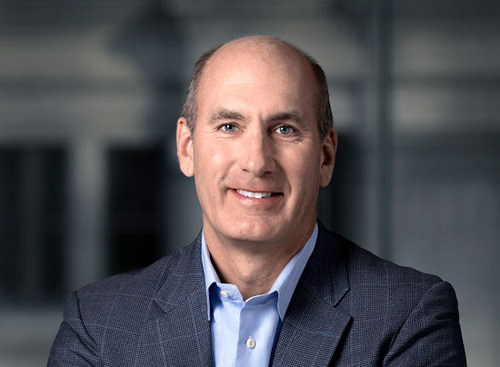 The bigger insult is to the thousands of employees cut from the payroll because of senior management blunders. Few telcos have had AT&T's zeal for laying off staff. Back in 2017, including the Time Warner business it was about to acquire, there were 280,000 employees working at the telecom and TV businesses. By the end of last year, nearly 50,000 had gone.

The machine that conveys people out of the company has suddenly gone into overdrive. It had appeared to slow down in the first six months of the year, when headcount dropped by less than 4,000, to exactly 226,840, according to AT&T's financial statements. But in the last quarter alone, AT&T appears to have cut 12,000 jobs, more than 5% of the company total.

The divestment of the video business accounts for nearly all the latest cuts, said an AT&T spokesperson by email. Nevertheless, total headcount reductions effectively mean the AT&T workforce has shrunk by 23% since 2017.

The recent cuts form part of a Stankey plan to reduce AT&T's expenses by around $6 billion before the end of 2023. He has had a helping hand from COVID-19, which has turned millions of AT&T customers into stay-at-home Internet junkies, giving AT&T the excuse it needs to close shops and ditch workers.

So far, AT&T has realized about $500 million in savings from what Stankey euphemistically calls "the rationalization of our retail store footprint."

AT&T has been streamlining as well as rationalizing. That has produced about $1 billion in savings at field operations. Technicians used to visit customers to install equipment. Customers increasingly do it themselves, while increasingly smart IT systems anticipate and deal with problems.

Changes to procurement processes, where the impact on headcount is less obvious (there may be numerous reasons for a reduction in payments to suppliers), brought another $1 billion cut. All told, Stankey reckons AT&T is about halfway to its target.

Does this mean thousands more heads will roll? That much is unclear. When AT&T first announced this program last year, it expected layoffs to save it about $1.5 billion by the end of 2020. But the guillotine is still in operation.

Elsewhere, savings are expected from a shift to the public cloud. That includes parking AT&T's 5G network in Microsoft Azure, a move Vodafone's Scott Petty this week described as "too risky" and "almost outsourcing a core competency." Reducing energy usage is another cost-saving ambition.

AT&T is not unique in slashing jobs. Data gathered by Light Reading shows the 20 largest operators based in Europe and the Americas cut more than 55,000 jobs last year and have eliminated around 230 roles  or 12% of the total  since 2015.

But European operators are smaller partly because they have sold or spun off international operations, something AT&T never really had. Discount that, and no other operator seems to have cut so aggressively.

Perhaps no other operator, though, has performed so abysmally in the last few years. The colossal failure of its Time Warner takeover was a huge distraction from the core business of providing telecom services, allowing T-Mobile to catch up and overtake it.

JP Morgan's Cusick is right to note recent signs of improvement, but AT&T's long-term debts have rocketed from $62 billion to nearly $158 billion in the last decade. As interest rates creep up, bringing those debts under control will demand a lot of improvement  and probably a lot more cutting.

Update: This story has been amended since it was first published to reflect input from AT&T about the divestment of the video business.