Japan's SoftBank announced this week it will issue bonds in order to raise money for its High Altitude Platform Station (HAPS) business. "SoftBank plans to utilize the funds for capital expenditures, research and development, business operations and other areas related to its HAPS business," the company said.

The company said it hopes to begin offering "full-scale commercial services" via HAPS by 2027, just in time for early 6G services. That timeline appears to represent a bit of a delay from SoftBank's initial plans; the company in 2019 said its HAPSMobile business would begin mass producing drones by 2023.

It's worth noting that Facebook began working on the same basic technology in 2014, in the early days of 4G.

During his recent presentation, Wakikawa said SoftBank is developing an autonomous, solar-powered drone that can fly around in the Earth's stratosphere for up to six months. The drone can broadcast LTE or 5G signals across a 200-kilometer coverage area. That kind of offering, Wakikawa said, could allow service providers to quickly begin offering Internet services in rural and unconnected areas without needing to launch satellites or build cell towers. 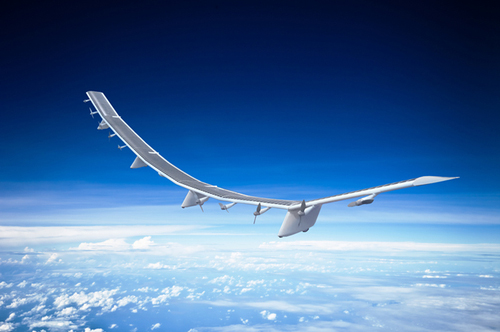 SoftBank's basic idea is not new. Facebook's Aquila project, first launched in 2014, worked on the same basic concept. However, Facebook shuttered that effort in 2018.

Since then, several other companies  including Intelsat, Elefante, Loon and Altaeros  have touted similar efforts, including broadcasting connections from autonomous drones, blimps and balloons in the stratosphere. Some have gained some traction: For example, AT&T said in 2019 it would add blimps to its lineup of FirstNet equipment for public safety users, arguing it could allow first responders to quickly set up services in rural areas. But others, such as Alphabet's Loon, have fallen by the wayside. Indeed, SoftBank announced recently that it would purchase 200 patents from Loon.