For all the early 6G talk, the Gs investment cycle looks broken

Every ten years or so, the global telecom industry yanks the tarp off a new "generation" of mobile technology. Marketing machines go into overdrive, evangelists start cooing about the benefits to society, cash-starved governments raise billions by taxing air and a wave of network investment sweeps the planet like a massive nuclear blast. By the time it is all over, the world's operators are a bit worse off, and their executives have the look of combat veterans returning from a bloody war.

After two years of 5G attrition, this whole investment cycle is displaying signs of breakage in the run-up to 6G  a technology that would see the light of day around 2030, if experience were any guide. Santiago Tenorio, Vodafone's director of network strategy, told the Financial Times that "nobody needs 6G" in a recent interview. "The industry should make 6G a no-G," he is quoted as saying.

He is not the only executive with little appetite for a return to the trenches a few years from now. As far back as 2017, Neil McRae, the chief architect of BT, was playing down the need for a future 6G standard. "I want 5G to be the best G ever," he said during a London conference hosted by Huawei, one of 5G's creators. "Hopefully we won't need 6G." McRae echoed that sentiment last year during a BT update on its 5G rollout. 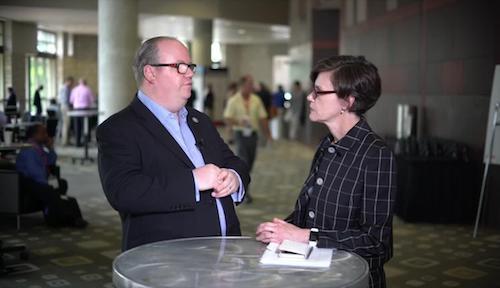 BT's Neil McRae speaking with Light Reading at an Austin conference in 2017.

The experience should not feel this way to the companies that are spending money on the latest G. The investment cycle is supposed to be mutually beneficial, enriching the technology vendors as well their telco customers. Yet the billions of dollars invested in multiple Gs this century have failed to bring telco revival.

Share prices have collapsed since the heyday at the turn of the millennium. Worth more than 400 pence sterling back then, a Vodafone share today costs less than 140 on the London stock exchange. Deutsche Telekom has dropped from about 86 to 18 over the same period. AT&T is down from $57.69 in August 2000 to just $23.94 yesterday. 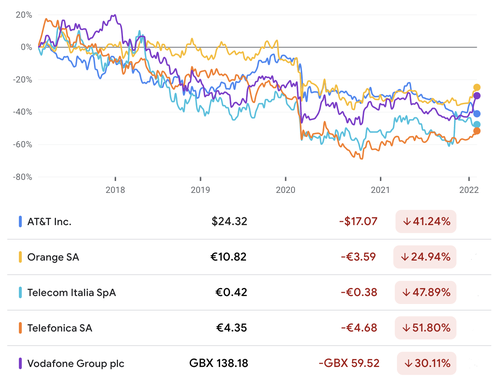 This loss of value has happened while the industry has routinely overpromised and underdelivered on the Gs. Even 4G, the most successful of the last three Gs, did not spur sales growth but merely shifted consumer spending from voice to data services. It also allowed Internet companies a more prominent role, for which operators are now paying. Preoccupied with the Gs investment cycle, many operators seemed to forget about everything else.

The 5G experience has been a long-overdue wake-up call. It began with the usual publicity frenzy about new revenue-generating service opportunities (remember self-driving cars and robot surgeons?), few of which have materialized. Politicians joined in, telling voters 5G was an economic game-changer. Somewhere in this process, the realization struck that 5G was basically 4G on caffeine  a bit faster, a bit more cost-efficient, but (despite all the money spent) no great cause for excitement.

As with its predecessors, it has not stopped the telco rot. Vodafone, a good international bellwether, has seen its share price drop 40% in the last four years. Investment in 5G and supporting fiber-optic networks has put additional pressure on margins while revenues are flat and debts high. Operators are cutting jobs, spinning off infrastructure units, sharing 5G networks and asking regulators to let them merge and charge Internet companies for network usage (currently forbidden under net neutrality legislation). The thought of another spending splurge on 6G must terrify.

Not surprisingly, the shine is rubbing off the suppliers that profit from this investment cycle. Ericsson, Huawei and Nokia  the kit-making giants of mobile  have become too powerful in the eyes of many customers. Much of the anger is directed at Huawei, a Chinese company whose revenues soared from just $334 million (at today's exchange rate) in 2002, when 3G was an infant, to nearly $137 billion in 2020.

Although Huawei's meteoric rise came at the expense of Western rivals, the recent profit rebound at Ericsson and Nokia looks awkward while many of their customers struggle. Ericsson's net income rose 30% in 2021 on improved operating margins and its share price has nearly doubled in the last five years. Following turnaround efforts under new management, Nokia has also witnessed a big improvement in net profit  up 47% last year. In Helsinki, its stock is now worth 24% more than it was in August 2020, when Pekka Lundmark became CEO.

Regardless of financial performance, the balance of technology power has tilted away from operators and toward vendors since the twentieth century. Ericsson, Huawei and Nokia collectively inject more than $30 billion into research and development annually, while operators spend next to nothing on that but remain extremely capital-intensive. The kit vendors have effectively overrun the 3GPP, the main standards body, and made it almost impossible for operators to be heard, said one telco executive who requested anonymity.

The formation of the O-RAN Alliance in 2018 represented a telco rebellion against this set-up. Controlled by operators rather than vendors, it is developing specifications it says would make the big kit vendors more easily replaceable  providing open interfaces the 3GPP has failed to produce. It is not a standards body, as defined by the World Trade Organization, and the 3GPP might eventually absorb it, reckon some analysts. But it has already shaken the vendor community. Whatever the impact on competition, interfaces look set to become increasingly open.

Geopolitics is another worry for traditional institutions. Efforts to cut Huawei off from Western supply chains risk a fragmentation of the global standard, meaning there would not be a 6G but multiple 5G successors. Börje Ekholm, Ericsson's CEO, admitted concern during an interview last year. "If the tech world is fragmented East and West then it is going to mean competition between two ecosystems," he told Light Reading. 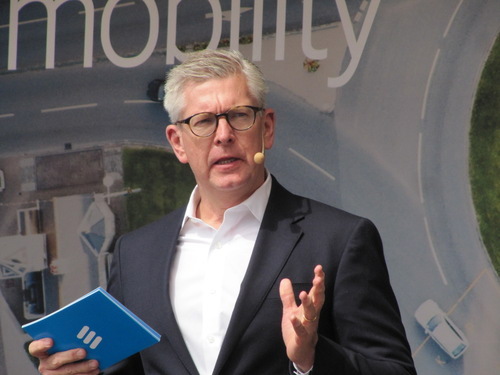 Ericsson CEO Börje Ekholm worries about the impact of fragmentation.

Why don't you all fade away?

Of course, none of this means operators will stop upgrading their networks beyond 5G. But there is no written rule that a sweeping refresh must be carried out once a decade. That investment cycle might benefit a few giant kit vendors. But the benefits for hundreds of their customers are less obvious.

In today's fast-changing Internet and software landscape, an incremental, bottom-up approach would make a lot more sense than deciding what 6G should be and then working for years to meet those requirements. Defenders of this top-down model will rightly argue that planning and coordination are needed for global standards that have driven economies of scale and made the mobile Internet affordable for billions. But even if globalization survives, this rigidity looks at odds with the "DevOps" that just about all telecom firms claim to admire. A less cyclical and more evolutionary development path cannot be impossible.

That would certainly help the industry avoid some of its earlier sins, including excessive zeal about the Gs and putting solutions in search of problems  an issue that has bedevilled 5G. It does not take a scientist with a Jupiter-sized brain, however, to figure out that mobile networks will need even higher-speed technologies to cope with a flood of metaverse content (or whatever you want to call it) in future. Never mind the marketing labels  only a mobile infrastructure vendor that plans to lose money is not working on a faster version of 5G.

Ideally, this would be made available as an upgrade to 5G networks at the time it is needed  not marketed as a revolutionary new G that brings inflated expectations, forces operators to replace some older equipment and requires another profit-shredding outlay. Mobile service providers could, perhaps, do with something like 25G-PON, a Nokia-backed fiber-optic technology developed outside the normal standardization process. "It is a very easy evolution path from 10G," said Stefaan Vanhastel, the chief technology officer of Nokia's fixed-line business. No extra civil engineering is necessary. The same hardware can be used.

Nevertheless, the 6G hype has inevitably started. Some emphasize the role of artificial intelligence in the next G. Others envisage an Internet of Senses, a far-fetched idea about transmitting smells, tastes and touches over mobile networks. What operators would really need then is a different business model: If history repeats itself, the companies providing content and applications in this Matrix-style nightmare will not be the ones that run networks. And with all those yottabytes flying around, the all-you-can-eat tariff could be a killer.

Like what we have to say? Click here to sign up to our daily newsletter
COMMENTS
Newest First | Oldest First | Threaded View
Add Comment
Be the first to post a comment regarding this story.
EDUCATIONAL RESOURCES
sponsor supplied content
C-BAND Is Here  Will My Radio Work?
Seamless Connectivity Fuels Industrial Innovation  Forrester Report
The importance of collaboration in creating next generation technology
Achieving low power 5G Open RAN Radios
Disaggregation Ahead, Open RAN Challenges and Opportunities. A Panel with ADI, Vodafone, Facebook, Marvel
Educational Resources Archive
More Blogs from Morris Lore
6G has every chance of screwing the carriers