Firefox, to the average technology geek, is a web browser with popularity that has nosedived as Google Chrome's has risen.

But in the movie and novel of the same name it is a Soviet fighter aircraft that US Major Mitchell Gant (played by Clint Eastwood) steals for the Americans and controls by thought (after realizing he must think ognevaya raketa, not fire missile). This, it turns out, is 6G.

Close enough, at least, to the latest ideas about the next-generation mobile technology. A user would activate his brain-computer interface (BCI) and operate machines with the power of his mind.

With the right cobots (collaborative robots), you could presumably mow the lawn or clean the house from the comfort of your La-Z-Boy. You wouldn't even have to bother topping up your Old Fashioned. A cobot could do it for you. 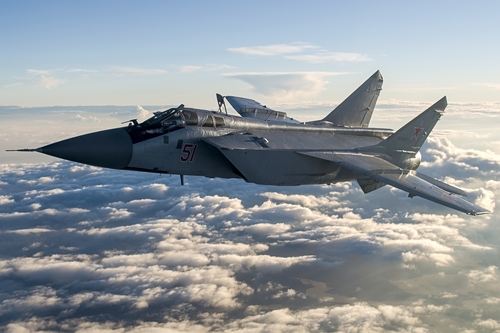 Could the mind-controlled fighter jet be a use case for 6G?
(Source: Alex Beltyukov on Wikimedia Commons CC4.0)

It sounds even wackier than the Internet of Senses  an Ericsson-sponsored 6G idea about transmitting smells, tastes and touches over mobile networks  and it comes from no less an authority than the NGMN, an industry group that features some big names.

Nor does it stop at cobots. In place of the Internet of Senses is something called Human Multimodality Information, which sounds much like the same thing.

Our future netizen, after a boozy afternoon of housework by telekinesis (a word used in the NGMN paper), can slip into his haptic evening wear in his sensor-filled home, slap on a few skin patches, slot in those bio-implants and jump into an extended-reality world of dining by Lake Como or  for the adrenaline junkie  snowboarding in Zermatt.

"I think we will see some of the wacky ideas actually coming to the fore  things like the metaverse will probably come into its own in 6G," said Adrian Scrase, the chief technology officer of ETSI, Europe's main telecom standards body. "I think it is going to be much more than just more speed and lower latency."

A veteran of the wireless industry, Scrase has a tough job on his hands as 6G attracts more geopolitical interest than any previous generation  and all before 5G has properly delivered.

Ten months from now, the International Telecommunications Union (ITU) will share its vision of 6G with the rest of the world.

ETSI's role  like that of other regional standards bodies  is to provide the building blocks, based on the research carried out by contributors, that can make it a reality. Eventually, those will be fed into the 3GPP, described by Scrase as a "standards factory," and turned into 6G sometime around 2030.

It is a process that has held together for years, despite the stresses and strains. In 5G, it has produced a technology that works anywhere on the planet, driving down costs for mobile subscribers.

But as 6G swings into view, it is under pressure on all sides. Geopolitical rivalry threatens the cohesiveness essential for global standardization.

Operators that have invested billions of dollars in 5G, with little to show for the spending so far, are questioning the need for a new G. At odds with the DevOps modus operandi of Big Tech, the inflexible ten-year development cycle puts solutions in search of problems, say critics. 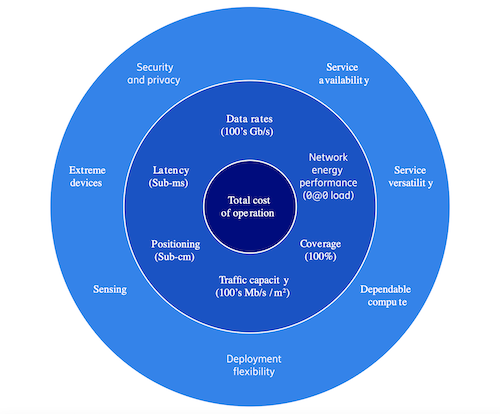 The desire for 6G to be revolutionary, and not simply a 5G fix, probably explains why some of the pitches look so outlandish.

But the forthcoming 5G-Advanced, the marketing label for 3GPP Releases 18 to 20, is supposed to correct 5G's problems and bring improvements, according to Scrase. A 6G that is simply a further evolution of capabilities would hardly seem worth the fuss.

Less fuss is precisely what some observers think the industry needs, and Scrase is not unsympathetic.

"It would probably make more sense if all we did was evolve from one release to the next and did away with generations," he said.

"But you can sell that as a concept to governments and get massive funding and alignment between big powers. If you want to try to sell Release 17 or 19, you will not have the same impact." 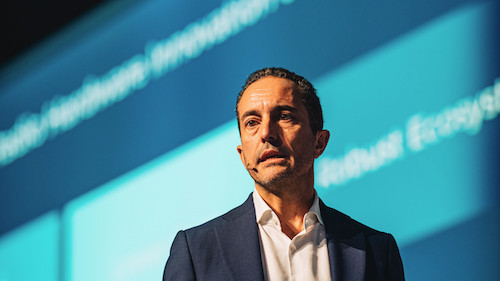 He is clearly amused by some level of industry hypocrisy. As he points out, a few of the organizations complaining about early talk of 6G are the same ones issuing 6G white papers.

Santiago Tenorio, Vodafone's director of network architecture, recently told the Financial Times that "nobody needs 6G." Yet Vodafone is listed as a contributor to the NGMN's latest report about mind control and multimodality.

Telco frustration evidently stems from the poor returns earned on 5G investment. For Scrase, the blame lies mainly with governments.

"I understand entirely when operators say how are we going to get our money back," he said.

"Maybe the answer is governments having a rethink about the way they license spectrum."

Charging exorbitant fees, he reckons, will be much harder if 6G gives rise to a "sea of private networks"  a possible scenario for the technology.

But the telco mood has been darkened by a growing perception that big vendors have too much influence within the 3GPP  so much that customer demands are sometimes even ignored.

Evidence of this came in 2018, when five of the world's big operators  AT&T, China Mobile, Deutsche Telekom, Orange and NTT DoCoMo  set up their own group, the Open RAN (O-RAN) Alliance. With the alternative interfaces it has developed, switching to new suppliers is supposed to be much easier.

Are the telco criticisms fair?

"There are certain parts of our community that invest massively in providing intellect for our standards," said Scrase.

"You need to have a huge reservoir of experts and it so happens that the largest companies have the ability to provide that and money behind them to invest."

There is clearly a huge mismatch between vendors and operators. NTT DoCoMo, a Japanese telco with a bigger commitment to research and development than most operators, invests about $800 million annually. Huawei, China's kit-making giant, spent about $22.4 billion in 2020.

One of Scrase's own predictions about 6G is that it will be completely virtualized, and allow products from different suppliers to be combined at the same mobile site  the goal of the O-RAN Alliance. But he is unimpressed by the group's set-up.

"You can't find a body less open," he said. "This is the benefit of the way ETSI and the 3GPP work  it is open and transparent. It takes longer to get results, but when you get them, they are widely adopted."

Despite recent changes to improve transparency, the O-RAN Alliance's five founder members retain veto rights  which probably means the World Trade Organization would not consider it an official standards body.

I'd love to change the world

Scrase's defense of the generational approach does not come without some major caveats. He declares himself no fan of the ten-year cycle, saying the future has become harder to predict and that standards bodies need the flexibility to accommodate emerging needs.

The lack thereof tripped up the first iteration of 5G when the US decided fixed wireless access was a priority about 18 months ahead of the standard's scheduled completion.

"We had to do an early release, which was rushed and poor quality," he said. "What is to say the same thing won't happen in 6G? We could find we get to 2025 or 2026 and suddenly the world sees a huge opportunity that has to be met then."

ETSI, accordingly, is working on internal changes designed to improve the standards-writing process. While Scrase said it was too early to go public on those moves, he hinted at an overhaul of the multi-stage standardization process the industry has used for decades. The big challenge is fiddling without causing disruption.

"We will only make changes when we are absolutely sure we will not upset the production line." 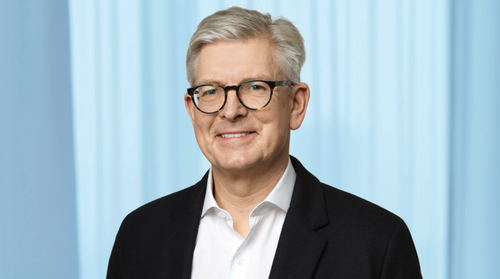 Geopolitics is probably the greatest threat to the emergence of a single 6G standard for the entire planet. The move to cut China off from Western technology has led to fear the standard will fracture.

If that happened, costs would inevitably rise, and consumers would need pricey "multimode" gadgets to be able to use mobile services anywhere. Börje Ekholm, Ericsson's CEO, even worries that a separate Chinese ecosystem would race ahead of the West.

For Scrase, the concern is not limited to China.

"We have got nations and regions all aspiring to be a leader in 6G," he said. "If everyone wants to be a leader, then there is going to come a point when there will have to be some pretty hard discussions about technology selection."

There is 5G precedent: India took umbrage when its proposals were not included in the 3GPP standard and threatened to fork the technology.

"We overcame that with diplomacy, and eventually got to the stage where we have a single 5G global standard, but it wasn't easy," said Scrase. "Is it achievable for 6G? I think there is a real risk that we end up with fragmented standards."