6G is getting messy and crowded

Anyone who expects to survive the coronavirus pandemic, another decade of global warming and some likely bust-ups between China and the US has by now stopped worrying too much about 5G and put their sharpest minds on its successor. That includes the usual mobile technology eggheads  Ericsson, Huawei, Nokia, Qualcomm, Samsung, ZTE, et al. More interesting is the possibility that other faces make a stronger impression on 6G than they ever did on older generations.

Orange, France's partly state-owned telecom operator, is a candidate. It is already no étranger to research and development, spending about 672 million (US$792 million) on this in 2019 (data for 2020 is not yet available). While just a fraction of Ericsson's $4.6 billion annual budget, that puts Orange in select company, it insists. 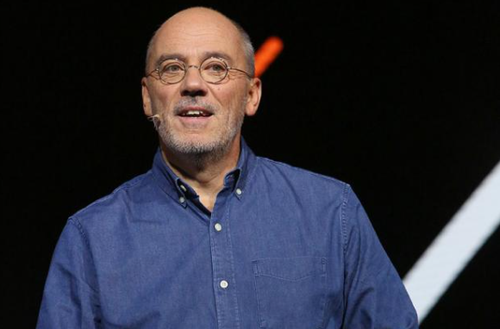 Orange CEO Stephane Richard spends more on R&D than most of his peers.

"In the world, there may be only four or five major operators maintaining strong investments in applied research," said Nicolas Demassieux, the senior vice president of Orange Labs Research, during a webinar this week. "You have AT&T in the US, DoCoMo in Japan, China Telecom in China and Orange in Europe. More or less, at that level, that's it."

Geopolitics, health crises and environmental worries mean investment has never looked so important. "The world is getting more complex and unpredictable," Demassieux told analysts and reporters. Having a major R&D unit is a kind of "health insurance" in an "uncertain world," he said.

The prospect of further clashes over intellectual property partly explains the interest. Ericsson has warned investors that a patent dispute with Samsung could wipe between $120 million and $180 million off quarterly operating profits starting in the January-to-March period. China was largely absent from 3G and 4G, but its role in the 5G standard and willingness to litigate scares Westerners. Huawei, its biggest vendor, has already sued Verizon, America's largest mobile operator, for patent infringement.

Building up an arsenal of patents offers protection against trolls and aggressors and allows Orange to hit back, said Demassieux. "We have the idea that, yes, we can go to a Chinese maker infringing IP [intellectual property] and get revenue from them," he explained. "The most important thing is not revenue but freedom of action. The world is getting very tense with battles between patent trolls and large companies who are actually attacking each other using IP as a weapon."

Orange already boasts a portfolio of about 9,000 technology patents and reckons some of its 5G ones fall under the "standard-essential" category. Those would naturally come into play if it were being chased for royalty payments or even sued like Verizon, giving Orange an important means of fighting back.

The notion of a 6G standard featuring more contributors than 5G ever had will certainly hold some appeal. Various patent rankings disagree on which companies are most important to 5G, but all of them show a relatively small number of mainly big players are behind its development. A longer list of contributors would naturally weaken the influence of those players. That sounds like a healthier state of affairs.

The danger is that it slows down the development of a global standard, heightens the risk of 6G fragmentation and embroils more companies in IP disputes. Several regional initiatives have already taken shape, including Europe's Hexa-X project (involving Ericsson, Nokia and Orange, among others) and the North American Next G Alliance (featuring the Nordic vendors plus just about everyone in US mobile). Eric Xu, one of Huawei's bosses, said he was preoccupied with 6G as long ago as February 2019, weeks after the arrest of Meng Wanzhou, Huawei's chief financial officer, in Canada.

Moreover, while Demassieux may be right that only a handful of operators are seriously involved in R&D today, plenty seem determined to wrest some control from suppliers and third parties. Nick Read, the boss of Vodafone, has recently spoken of his desire to "insource" the operator's IT development engineering capability. "We are really going to scale that to develop our own IP to make our differentiation stronger," he told analysts on a call.

All this means it will be even harder to agree on the basic parameters of the next standard. Right now, some tension is evident between those who want 6G to follow the normal pattern of improving on the previous generation and blue-sky thinkers with a much bolder vision. The latter group includes several prominent academics at the UK's University of Surrey, who dream that future 6G-based virtual reality systems might allow people to taste, touch and smell as well as to see and hear.

Demassieux appears to have one foot in each camp. Besides wanting 6G to bring higher speeds, lower latency, more capacity and all the usual improvements, he thinks society's need for more energy-efficient technology could be just as important. Orange also plans consultations with public authorities about future requirements. "What are going to be the problems ten years from now?" he said.

The challenge will be to exert influence when others, including much bigger firms, have their own 6G priorities. Demassieux is optimistic. Orange was able to force energy efficiency up the 6G agenda, he said, even though it was not in the interests of equipment makers. "When we pushed the envelope on the 5G energy part, we were a lone voice," he said. "The short-term interest of the manufacturer is to sell more equipment and more power-hungry equipment because it allows them to sell power supplies."

But if conflicting interests were an issue in 5G, they may be an even bigger one in 6G. The nightmare scenario for today's 5G equipment vendors is fragmentation and the emergence of not one standard but two or even three. The industry has been there before, when 2G, 3G and 4G technologies were born, but might have assumed those days were over before Donald Trump took office. Their return would alter the 6G landscape dramatically.