Life seems good for ZTE. After its costly, almost fatal brush with US authorities a few years ago, the Chinese equipment vendor looks re-energized and resilient. The latest sign of that came with its recent publication of profit guidance for the full year. At the mid-point of its range, investors have been told to expect about 6.85 billion Chinese yuan (US$1.1 billion) for 2021, an increase of 61% on the previous year.

It is not down to some tax rebate or other one-off benefit, and nor does ZTE appear to have been on some brutal cost-cutting spree to compensate for a flattish sales performance. Revenues grew at a double-digit percentage rate last year, it says in its short statement, rising inside and outside China and across all three business units  carrier (networks), enterprise (business) and consumer (gadgets).

Observers will not be surprised by the latest update. When ZTE published its third-quarter results a few months ago, sales were up 13% for the first nine months of the year, to about RMB83.8 billion ($13.2 billion), and net profit by 131%, to roughly RMB3.3 billion ($520 million). It would have taken something calamitous in the final three months to knock ZTE off course. 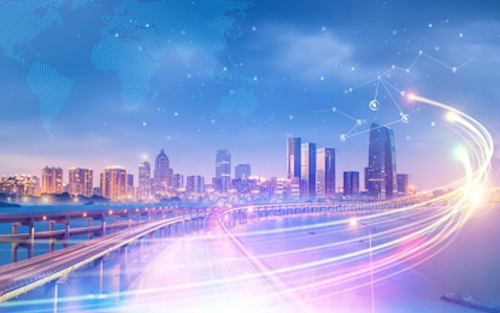 What's remarkable is that ZTE nearly died in 2018. It had been caught selling US technologies into Iran and North Korea, in breach of American trade sanctions, and hit with a billion-dollar fine. After a repeat infraction, the Trump government cut off one of its main oxygen lines  the supply of critical components made by US companies.

The taps only began flowing again when ZTE agreed to pay another hefty fine, sack managers implicated in the sanctions breach and be more closely supervised by US authorities. Had those supplies not resumed, the Chinese company would surely have gone out of business.

Huawei takes the attention off ZTE

That episode and subsequent events demonstrate a couple of things. The first is just how dependent China and especially ZTE remain on semiconductor technologies developed by the US or its allies. The second is that America is not especially worried about ZTE  not enough, that is, to make it a permanent fixture on the Entity List, which names organizations prohibited from acquiring US-made technologies.

All the American attention has been on Huawei, a much larger Chinese vendor that seems to have been permanently barred from using US technologies. Notwithstanding the loopholes that suppliers have exploited to continue serving Huawei, its business has suffered badly. Revenues dropped nearly a third last year, it has revealed.

Of the two firms, ZTE has far more obvious links to the Chinese government. While Huawei insists it is privately owned by employees, and not beholden to China's rulers, ZTE's shareholders include state-owned corporations, its accounts make clear. This disclosure, however, may have limited its appeal to foreign service providers and governments worried about Chinese state snooping via networks.

Although it is unlikely to be the sole explanation, that has left ZTE with a relatively small presence in Europe and other Western economies. Contrast that with Huawei, which had emerged as the biggest supplier of mobile infrastructure in markets such as Germany and the UK before Trump began agitating against the Chinese. Outside its domestic market, ZTE has been largely confined to parts of eastern Europe, Africa and some other emerging markets.

This is possibly why Joe Biden, Trump's successor in the White House, has been willing to accept a ZTE revival on a diet of American chips even as he tightens other anti-China legislation. Besides the components, ZTE's recovery owes nearly everything to a Chinese splurge on the rollout of 5G networks built almost entirely by Huawei and ZTE. Results for the first nine months of 2021 show that less than a third of ZTE's revenues came from outside China.

Unlike Huawei, with its huge but rapidly shrinking smartphone business, ZTE has also continued to be mainly a vendor of network products to operators. Although a breakdown of nine-month figures is not available, ZTE derived two thirds of its revenues from this networks business for the first half of 2021. About 23% came from its device unit and just 11% from sales to government and corporate customers. Provided China's huge operators  China Mobile, China Telecom and China Unicom  are spending, ZTE prospers.

The danger is that China's operators slash their budgets or prioritize other investments after two years of heavy spending on 5G. Networks are likely to be widely deployed in China after the second phase of 5G rollout that began last year. Operators may be looking to reduce their capital intensity.

Global investment in radio access networks has clearly soared during the pandemic, rising from $34 billion in 2019 to $42 billion in 2020 and $45 billion last year, according to Omdia, a sister company to Light Reading. But the forecast is that it will decline from this high point every year between now and 2025, when it drops below $37 billion annually.

From a sales perspective, ZTE is not much bigger than it was in 2017, when its worst problems were still ahead of it. For the first nine months of that year, it made about RMB77 billion ($12.1 billion) in revenues, just 9% less than it generated for the corresponding part of 2021. It has been eclipsed by other Chinese firms in the smartphone industry, remains locked out of lucrative European and US network markets and lacks a compelling growth story beyond 5G, despite some recent talk of developing software for cars and ramping up gadget investments.

The worry for the Americans is that China eventually becomes self-sufficient in semiconductors  something it is desperately trying to do. A ZTE that can buy chips designed and made in China is unlikely to have much use for American suppliers big or small. Nor would the US be able to cripple it with sanctions if it resumed sales to Iran. The US could find out that if you prod the tiger enough then eventually it will bite.