Tareq Amin can afford a smile of satisfaction on his Zoom call with reporters. Announced in August, the Rakuten Symphony business he leads has notched up $3 billion in bookings, not bad for what is essentially a startup. Rakuten Mobile, the Japanese network built with embryonic technologies under his direction, has hit its 96% coverage target about four years early, although not without hurting group financials. For all the doubts raised by this publication and others, he is the undisputed visionary of the telecom network sector.

After several years as chief technology officer of Rakuten Mobile, Amin is making way in that role for Sharad Sriwastawa, previously head of the radio access network (RAN) unit, so that he can focus entirely on the new Symphony venture. And the Rakuten unit that looks more vendor than operator (although Amin would prefer to be called the "un-vendor," taking inspiration from T-Mobile) has big plans. 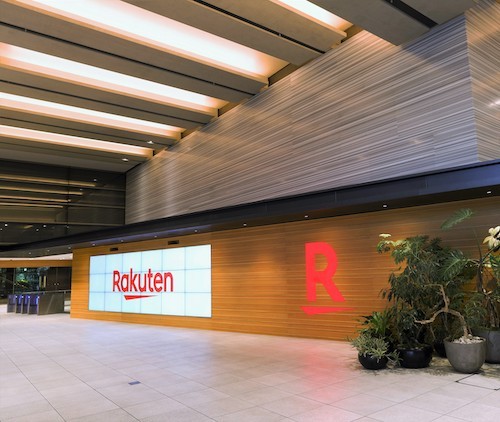 Amin's dream as a telecom and software engineer was to do for network products what Apple did for smartphone users with its iPhone app store. This week's launch of Symworld represents the next step in realizing that dream. It is, in Amin's own words, a place where Rakuten Symphony customers will be able to buy apps for engineering, operations, architecture, knowledge management  in short, everything someone needs to build and manage a telecom network.

It includes the in-house technologies that Rakuten has deployed in Japan as well as those gained through acquisition. The most notable would be Altiostar, a US developer of RAN software that Rakuten took full control of last year, and Innoeye, a specialist in operational support systems. Henceforth, customers will be able to visit Symworld, buy an application for RAN management and pay for it through a monthly subscription  much as an iPhone customer might pay for games.

One app store to rule them all

That suits the hyperscaler model of updating software on the fly and not through long development cycles. It also promises convenience and savings for operators, says Amin. "Everyone wants to go to this subscription model and there is enormous benefit to move away from the current business model  this annual maintenance support, where you pay for each technology generation x in upgrade fees."

While the first apps made available  and there are 54 "large products" today, according to Amin  will come entirely from Rakuten, Symworld will eventually be opened to third parties. It is unclear if Rakuten will copy Apple in taking a cut of the fees that customers pay to third-party application developers, but Amin plays down the platform itself as a revenue-generating opportunity.

"This could become the de facto industry app store," he told Light Reading in response to a question about revenue sharing. "We are more than happy to make the entire thing open source if that helps with acceleration."

Ideally, he explains, Symworld would even kill the need for a separate RIC, the platform for managing RAN apps (xApps and rApps, as they are called). "You would not know if it's an xApp or an app needed to run something else," he says. "I believe the RIC as a platform will be free. The platform itself has no value."

Doubts partly concern the level of telco demand for subscription-based offerings, especially if these make customization difficult. The trouble with the traditional approach is the lack of predictability about the costs paid to a vendor, Amin retorts. By combining commodity hardware with full transparency on pricing and profitability, he believes Rakuten can popularize its Symworld alternative.

"Our presentation has to resonate with the CFO and CEO and this discussion will open a dialogue about the ROI [return on investment] of a subscription model versus that of a perpetual software license agreement," he says. "If we are not 30% to 40% cheaper, this will never work."

As Rakuten continues to make noise about its flagship, all-encompassing deal with 1&1  a German company that has turned the responsibility for building a mobile network over to the Japanese firm  the other challenge is dispelling worry about vendor "lock-in." The technology concepts that Amin promotes are supposed to make switching suppliers much easier. Critics say Rakuten is just an alternative jailer.

The availability of third-party apps should help to silence a few naysayers. Also promised are two separate Symworld models  a standard package with maximum flexibility and a "Symworld plus" offer that integrates some of the hardware and software being sold. While the scope of its contract makes Symphony look much like a systems integrator for 1&1, that is not an identity Amin ultimately relishes. The emergence of Symworld as the de facto standard would slash dependency on systems integrators industry-wide, he believes. "You go to the app store, define capacity and boom  it is deployed."

As it tries to unite telecom around a single platform, perhaps the hardest mission for Rakuten is persuading other vendors it is not a massive threat. VMware might not like to hear that RIC platforms have no intrinsic value. Accenture and Tech Mahindra do not want a future of zero dependency on systems integrators. The nerviest of the lot are probably Ericsson and Nokia, traditional RAN vendors that Amin seems eager to appease as Rakuten channels investment into Europe.

"I encourage you to ask Nokia how they feel about business partnership with Rakuten," he told reporters and analysts today. "All I have purchased is hardware. Ask them if they make good money from that." Given telco interest in Rakuten Symphony and supplier diversity, he undoubtedly has a point. But whatever Nokia says, a future as a hardware-only firm is probably not what its executives have in mind.