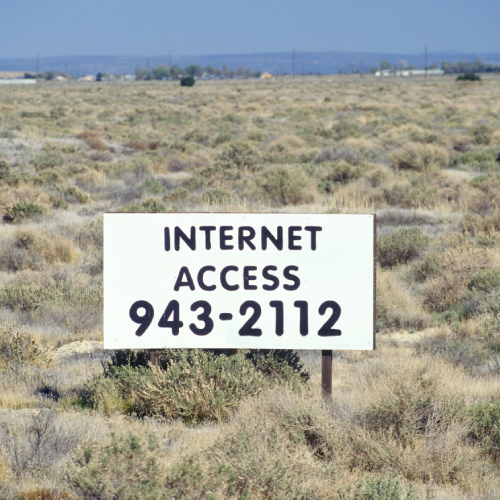 A new industry report from Accenture, commissioned by CTIA, the wireless industry association, makes the case for serving much of the rural US with fixed wireless, noting that with billions available for broadband, it's "key to acknowledge that 5G FWA is a future-proof technology."

The report  like one released by the Fiber Broadband Association last week  comes on the heels of President Biden signing into law his infrastructure bill, which allocates $65 billion for broadband. The CTIA report seeks to spell out why 5G fixed wireless should be eligible for those dollars, with talking points to convince policymakers of that notion. (It even describes the four-mile distance over which 5G FWA can potentially deliver 1Gbit/s speeds as "the distance between the Hart Senate Office Building and Ronald Reagan Washington National Airport.")

Specifically, the report says that "rural and underserved communities stand to benefit significantly from 5G FWA," with Accenture's analysis suggesting that the broadband technology could serve up to 43% of rural American homes (about 8.4 million).

The report adds that those projections are "based on the potential economic feasibility of market entry." It further acknowledges that FWA capacity is still improving as the nation's wireless carriers continue to invest in 5G.

T-Mobile, for example, "sees rural expansion as one of its most promising growth opportunities" and "plans to hire 2,500 experts serving small towns over the next two years," according to the report.

In addition to making the case for 5G fixed wireless as a "future-proof" technology capable of "potentially symmetrical" speeds  verbiage to suggest it's on par with fiber broadband  the report also highlights the benefits of 5G FWA, including that it removes "many of the cost impediments by as much as 40% compared to fiber-to-the-home (FTTH)."

The effort to sell policymakers on next-generation wireless technologies to solve the digital divide comes as states prepare to submit broadband plans to regulators in Washington, DC in the coming months to receive funding from the infrastructure bill. Wireless advocates already won a key initial battle: While the fiber industry sought to have broadband defined as at least 100/100 Mbit/s in that legislation, the final bill settled on 100/20 Mbit/s.

"The goal of truly high-speed internet for everyone can be reached even faster and more cost-effectively thanks to broadband policy that is inclusive of both wired and wireless connectivity solutions. This is particularly important as federal and state policymakers implement the broadband funding in the infrastructure legislation," says the report.

Meanwhile, another recent analysis from MoffettNathanson, looking at performance data for fixed wireless access and low-Earth orbit (LEO) satellite broadband services, supports the idea that FWA is best suited for areas that are hardest to reach. But as yet, the speed comparisons with fiber Internet don't hold up.

On spectrum, the report calls for policymakers to focus in the near term on the lower half of the 3GHz band, saying it is "ideal for a timely reallocation for licensed use in the U.S."

Further, of the recently wrapped up C-band auction, it said: "While this auction represents good progress to reallocate licensed mid-band spectrum, the full potential of wireless operators' 5G FWA offerings will be unlocked by additional licensed mid-band access with technical requirements optimized for commercial 5G services."