Why Alan Davidson is a new power player in 5G

Alan Davidson is currently the VP of global policy, trust and security at the Mozilla Foundation, a nonprofit working to keep the Internet "a global public resource that is open and accessible to all." He previously served in the Obama administration as the first director of Digital Economy in the Department of Commerce. Before that, he worked in Google's public policy office.

Later this week, he is scheduled to testify before Congress as President Biden's nominee to head the NTIA, a relatively obscure government agency that has an outsized influence on the future of 5G in the US.

And Davidson knows it. He listed "ensuring access to spectrum" as one of the three main challenges facing the NTIA.

"Spectrum use has never been more critical for both federal and commercial users," he wrote in his responses to questions from the Senate Commerce Committee. The committee is scheduled to hear his testimony Wednesday. "From meeting the needs of federal users to supporting the rollout of 5G and other advanced wireless technologies to realizing the promise of next generation services and connected devices, NTIA has a central role to play in a broad coordinated, national approach to spectrum use and planning, to meet the demand for spectrum now and in the future."

It's clear that Davidson faces unique and expansive challenges. "Alan will be probably the most important NTIA administrator of all time," New Street Research policy analyst Blair Levin told FierceWireless.

That's because Davidson – if approved to head the NTIA by Congress – will be the agency's first permanent chief in more than three years. And that's important for the 5G industry because it is the job of the NTIA to coordinate spectrum usage between federal and commercial users. Meaning, if 5G providers want access to more spectrum – including the critical 3GHz band – they will need Davidson's signoff. 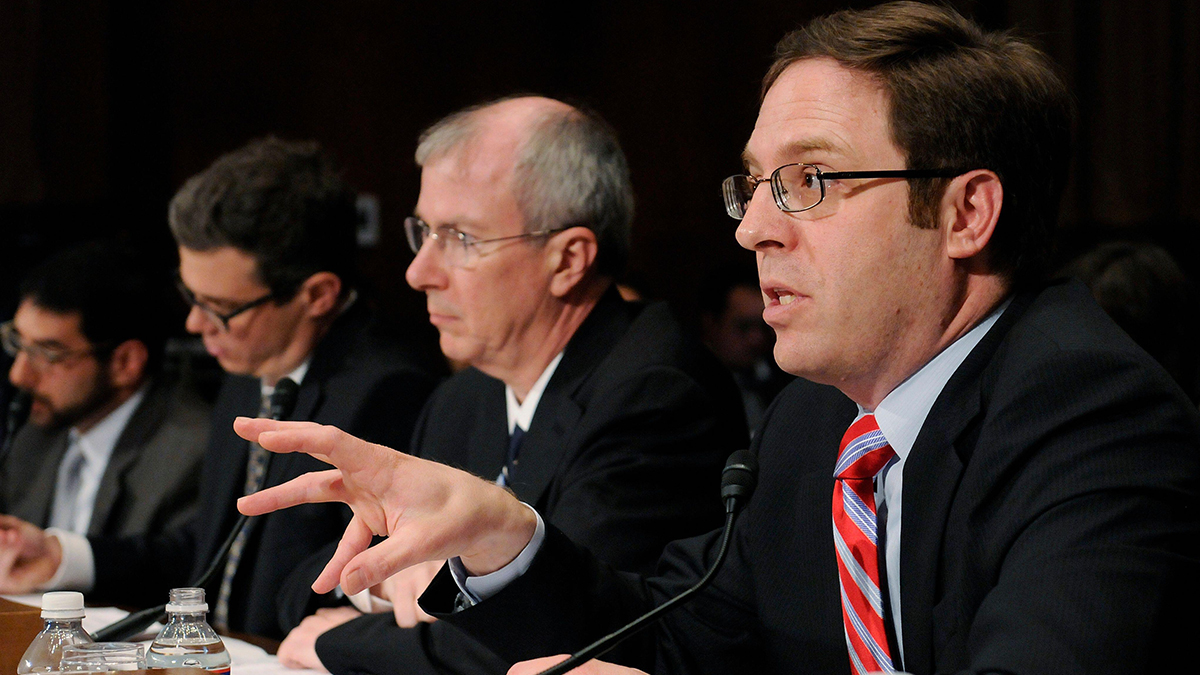 The absence of leadership at the NTIA has been a sore spot in the 5G industry for years. The most recent example of this friction stems from the dustup between the FCC and the Federal Aviation Administration (FAA). Concerns by the FAA over potential interference from 5G on airline altimeters has forced AT&T and Verizon to modify their forthcoming 5G services – a situation neither company is happy with.

But that's not the only example of 5G dysfunction inside the US government. In recent years, federal weather officials warned that 5G would impact spectrum used for weather forecasting, while federal transportation officials publicly chafed at FCC changes to vehicle-to-vehicle communications.

"These inter-agency spectrum disputes used to be settled in a timely and quiet manner, with NTIA taking the lead in doing so," Levin wrote in a recent note to investors. "The leadership problems in the Trump era (including having four acting [NTIA] administrators) combined with an acting administrator so far in the Biden administration probably contributed to the lack of resolution."

For his part, Davidson said he hopes to fix all that.

"I have extensive experience leading organizations in high-pressure policy settings focused on issues directly related to NTIA's mission," he told the Senate Commerce Committee ahead of his confirmation hearing. "My experiences are directly applicable to the subject matter and managerial skills that will be central to success for NTIA's next leader."

But it won't be easy. While 5G providers like AT&T and Verizon have been clamoring for government officials to release more spectrum in the lower 3GHz band for exclusive 5G use – after all, such midband spectrum is considered ideal for the technology – federal users currently using that spectrum have no interest in giving it up completely.

"Spectrum sharing must be the new normal," argued Vernita Harris, director of spectrum policy and programs for the chief information officer of the US Department of Defense (DoD), during a recent policy event. The DoD is currently the primary user of the lower 3GHz band.

Meanwhile, Brian Regan believes there may be some middle ground here. He's chair of the National Spectrum Coalition's new Partnering to Advance Trusted and Holistic Spectrum Solutions (PATHSS) Task Group, which was launched in October specifically to coordinate with the DoD over the lower 3GHz band.

"All options for making this spectrum available on a commercial basis are on the table," he told Light Reading recently.

Davidson, and the NTIA, may well ultimately decide how the issue is resolved.