WCO's Winnick takes huge swing at T-Mobile: 'You should be ashamed'

Telecom veteran Gary Winnick, founder of private investment firm WCO Spectrum, had some harsh words for T-Mobile's management Thursday: "You're confused and you should be ashamed of yourself."

He also offered strong words of advice to the educational institutions that own the 2.5GHz spectrum licenses that T-Mobile is leasing for its 5G network.

"You should not be subject to the intimidation and the bullying that T-Mobile has been imposing upon dozens and dozens of you [spectrum license] holders," he said during a webinar.

Winnick continued: "One of the more appalling things that I've seen to date is a concerted effort applied by T-Mobile and their [legal] counsel to dozens, if not over a hundred license holders, advising you that you should not conform to an American law, the Freedom of Information Act [FOIA], which provides every single one of us, as Americans, the right to have public information available to us [about] our public institutions."

At issue are the terms of T-Mobile's 2.5GHz spectrum leases with schools, universities and other educational institutions, which the operator has been working to keep out of the public eye. 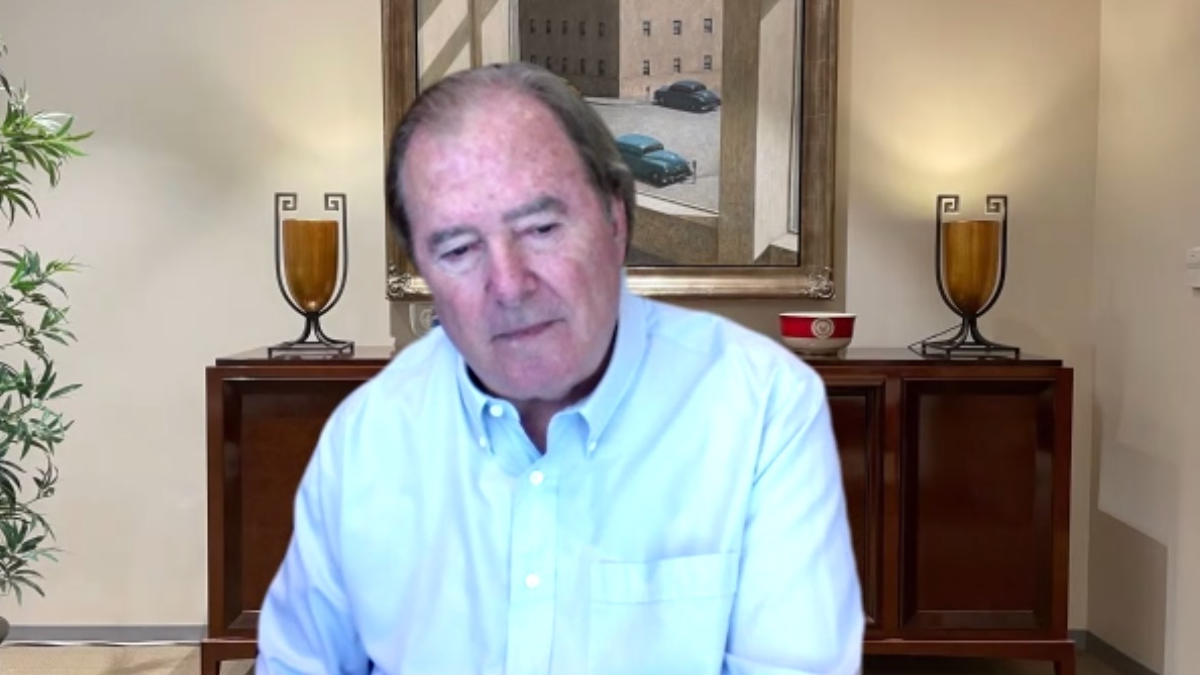 Winnick also revealed WCO's primary goal: to be the spectrum landlord for the entire wireless industry, not just T-Mobile. Just as the nation's wireless network operators have sold their cell tower holdings to companies like American Tower and SBA Communications, so too should they sell their spectrum licenses to investment companies like WCO, he said.

Along those lines, Winnick introduced WCO's new CEO, Jeffrey Knyal. Knyal helped found cell tower company Landmark Dividend in 2010, took it public in 2014 and orchestrated the company's sale in 2021 to what is now DigitalBridge for close to $1 billion.

T-Mobile officials did not immediately respond to Light Reading's requests for comment on WCO's webinar.

In pursuit of spectrum

Winnick returned to the telecom industry to found WCO in 2020. Earlier in his career, he founded telecom giant Global Crossing and helped install subsea cables for global Internet services. He then helped finance some of the nation's early cellular companies, including McCaw Cellular. According to the Los Angeles Business Journal, Winnick is worth $2.2 billion.

For the past few years, WCO has been looking to purchase 2.5GHz spectrum licenses following an FCC rule change in 2020.

Before the change, only educational institutions such as schools, universities and churches could own 2.5GHz licenses. The rule forced telecom operators like T-Mobile to ink long-term leases on the licenses in order to use them for 5G and other wireless services. Indeed, T-Mobile's speedy midband 5G network  which currently covers more than 220 million people  is built on top of around 2,000 such leases with educational institutions all over the country.

As Light Reading previously reported, T-Mobile has acquired more than 200 of those licenses since the FCC changed its rules.

T-Mobile has been competing with WCO for many of the licenses, and WCO recently scored its first victory against the operator, as Light Reading also reported.

WCO inked an agreement to purchase a 2.5GHz license from the Owasso public school district, one of the largest school districts in the state of Oklahoma. T-Mobile is leasing that midband spectrum license for use in its 5G network. Terms of the deal  which is still under review at the FCC  have not been disclosed, despite the fact that the Owasso school district is a public institution and therefore subject to FOIA requests.

According to WCO officials, the company has made offers on around ten 2.5GHz licenses, but T-Mobile has exercised its right of first refusal to purchase the license on all except the Owasso license. WCO officials said the company is currently in discussions with another 15 license holders on offers totaling $1 billion. The company estimates there is roughly $10 billion worth of 2.5GHz licenses that could be acquired by T-Mobile, WCO or another company.

"We really just want to own spectrum and lease it," explained Carl Katerndahl, a managing partner at WCO.

Perhaps not surprisingly, T-Mobile has moved to block WCO's efforts, arguing in part that WCO is a competitor and that the terms of its leases do not allow license sales to competitors. T-Mobile has even gone so far as suing several school districts to prevent them from selling the spectrum licenses that it's leasing for its 5G network.

"We're not gonna allow some mid-level people at T-Mobile to go out there and tell you nonprofits, who are entrusted with our children's education, that you should not do business with us because we're not real. We're not going to allow it to happen," Winnick said.

"And if anyone else wants to come into the marketplace and make an offer for it [the license], allow them to do it," he added.

To T-Mobile, Winnick said: "Tell your lawyers to go back to their offices and find somebody else to sue, because these are not the right victims."