Vodafone UK unveiled new consumer and business offers on Tuesday and claimed it is a "very well-placed, converged challenger" in the face of strong competition from rivals BT/EE and the newly combined O2-Virgin Media.

Ahmed Essam, who was appointed CEO of Vodafone UK with effect from February 1 this year, made use of the operator's Reinvent online event to set out its ambitions for the coming years.

He underscored goals to become carbon neutral by 2027, ahead of the Vodafone Group target of 2030; help end "digital poverty" with broadband connectivity schemes; and deploy open radio access networks (RAN) in order to reduce costs, meet climate targets and open up the supplier chain. 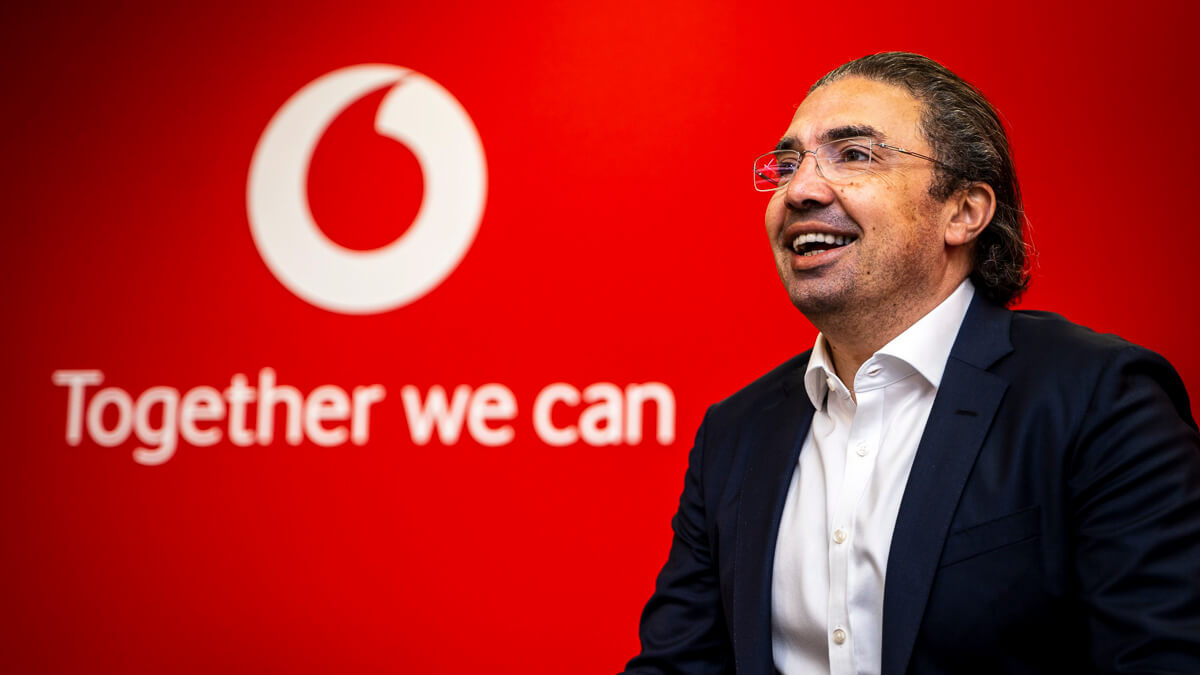 "I'm taking over a business that has been on an impressive journey over the past few years," Essam claimed. "We've come back as a resurgent force in the UK market."

Andrea Donà, who was appointed network and development director at Vodafone UK in April 2021, explained how the operator intends to meet its new target to eliminate all carbon emissions by 2027.

"We don't underestimate the scale of this challenge. It means we have to look at every aspect of our network and our technology estate," Donà said.

He highlighted the use of artificial intelligence and the Internet of Things (IoT) to monitor basestations remotely (presumably also deploying technology from 2019 Vodacom acquisition IoT.nxt).

During the coronavirus pandemic, he noted that Vodafone also began to make use of drones to help with network rollout, and deployed LiDAR technology to create digital twins of sites.

Furthermore, Donà emphasized the role that open RAN will play here, and pointed to the open RAN research and development lab the operator recently established in Newbury.

"It means we can move away from using one vendor for everything to selecting the best partners for each component of the network. It introduces the possibility of much needed diversity in our industry supply chain," he said.

Donà added: "Because open RAN reduces cost, it gives us a new way for us to extend rural coverage and connectivity."

He cited early open RAN trials in rural areas and in traffic hotspots such as UK seaside resorts, "and we've seen it performing brilliantly."

"It is at the start of this journey, but with the right support, with the right partners that we announced yesterday as part of our vendor selection process, we believe we can accelerate the introduction of this technology, and it's a viable alternative to the traditional vendors," he said.

A key consumer announcement was Vodafone EVO, a new smartphone plan that separates airtime from device purchases  and which sounds suspiciously like the O2 Refresh plans from rival O2 UK.

Max Taylor, consumer director at Vodafone UK, insisted that Vodafone EVO is different. "We really don't think there's anything like it in the market today. It is about the combination of three key three key things: flexibility, value for money and quality without compromise."

The promise of EVO is that it gives customers control over how they pay for their new smartphone or smart watch, with contract periods of 12 to 36 months.

EVO also includes the Unlimited Data Booster, a new battery, flexible upgrades, and the trade-in offer  allowing old handsets to be exchanged for new. Furthermore, it can be combined with Vodafone Broadband Pro under the Vodafone Together multi-service offering for a monthly discount.

Also in the consumer domain, Vodafone UK pledged to connect 1 million unconnected people as part of its commitment to tackle digital exclusion. This target will be met through various programs including Vodafone's Great British Tech Appeal and the newly announced "Buy One, Give One" initiative for customers of Vodafone Together.

Buy One, Give One essentially means that for every Vodafone Together customer, Vodafone will donate connectivity to someone who needs it for up to a year, making use of the Trussell Trust's network of 1,300 food bank centers.

"Over half our broadband base has converged already," he added, pointing to growing consumer demand for combined packages of fixed and mobile services.

In terms of Vodafone UK's TV offering, Taylor noted that there is a Group proposition called Vodafone TV and said this could be rolled out in the UK if required.

"The best products that we see from some of the other [Vodafone] countries, we will bring to the UK. We did that with the Wi-Fi experts and the diagnostics tools we have in service. We did that with the 4G backup solution and the routers we have, and we will do the same on TV, if it makes sense for the UK customer," Taylor said.

Vodafone UK outlined the support it is providing for small-business customers  perhaps spurred into action here by the recent launch of the rival BT SoHo offering to target the burgeoning home office market.

Similar to EVO for consumers, Business Evolve plans are designed to provide greater flexibility to business customers. Anne Sheehan, director of Vodafone Business UK, also announced that the operator has "brought back our offer to give small businesses free broadband for the rest of 2021."

As for what might lie ahead, Essam would not be drawn on questions about further market consolidation, instead insisting that Vodafone UK has a very good position as a challenger in the UK market.

"You never say never on opportunities that come up," he added. "We have a number of challengers and a number of competitors that would allow for consolidation, but we're in a good position as we start today."

Essam also stressed that the UK OpCo is very much aligned with Vodafone Group thinking about future network investments and growth.

"I'm very keen on using some of the Vodafone scale ... building once and deploying many times across the group. Not only does it bring efficiency, but it also brings the richness and the value of some of these products and services," he said.

Essam concluded: "In summary, I think as a business we're tracking well and we're growing on benchmark in a very good way in the UK, and we have the strategy of investing, but in the sources of growth that were seeing in our business. Our investments are focused on our networks and digital solutions, driving the better customer experience."

"And last but not least, benefitting from the scale of the group, using the built once methodology and deploying many times, and us benefiting from that is really important."