Vodafone's latest bid to influence the development of 5G technology has hit a major setback after Ericsson said the market would not support 5G features that Vodafone deems important.

Yago Tenorio, the operator's head of network strategy, wanted equipment makers to swing behind Options 4, 5 and 7, as defined by the 3GPP during the 5G development phase. These features, he previously explained, would allow an operator to make better use of its 4G network in conjunction with emerging 5G capabilities.

Noting the lack of support for those options  and similarly unhappy that big kit vendors Ericsson, Huawei and Nokia continued to resist calls for more open network technologies  Vodafone last year decided to put all 150,000 of its European radio sites up for tender. In October, it issued a request for quotation (RFQ) asking vendors for two things: support for 3GPP Options 4, 5 and 7; and compatibility with new open interface specifications developed by the O-RAN Alliance, an association pushing the concept of open networks. 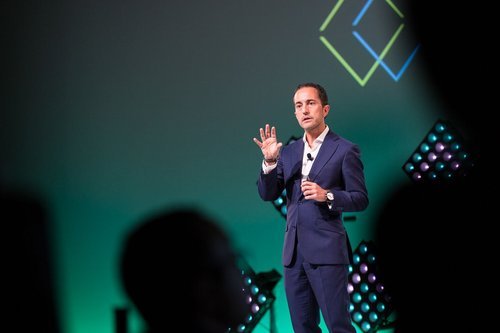 Vodafone's Yago Tenorio will be disappointed by Ericsson's response to his network plans.

But Ericsson has refused to budge on the 3GPP options, and it says it has the backing of the entire community.

"We prefer to standardize the development across fewer options to harness and consolidate the R&D effort into certain standards," said Fredrik Jejdling, the head of networks for Ericsson, when asked by Light Reading about the Swedish vendor's response to Vodafone's tender. "So we have said we promote Option 1, and ultimately Option 2 in a standalone scenario. And that is supported by the overall ecosystem, including chipsets."

The remarks did not come as a surprise to Gabriel Brown, a principal analyst with Heavy Reading who closely monitors 5G developments. Asked what he thought about Jejdling's comments, Brown said the battle for those additional 5G features already appeared to have been lost.

Tenorio had been drawn to Options 4, 5 and 7 because they would allow Vodafone to squeeze more out of the 4G networks it has already deployed. With Option 5, for instance, it would be able to provide new 5G core network services on 4G basestations.

However, Tenorio acknowledged in November  when speaking with Light Reading at last year's Telecom Infra Project (TIP) Summit in Amsterdam  that suppliers had shown "a very limited appetite for these options."

Heavy Reading's Brown had also then noted the lack of interest. "The challenge is that you also need chipset vendor support for the devices  with that not forthcoming as far as I know, RAN [radio access network] vendors don't want to support these extra options," he said.

Approached about Jejdling's recent comments, Tenorio today said Ericsson was a "significant part of the ecoystem" and had its own "fully valid reasons" for supporting fewer options.

But he did not seem ready to concede defeat. "Acknowledging it is a complex architecture, this fact does not remove the need for the more intimate 4G-5G options to exist and the importance they have in speeding adoption of 5G," he said in an email. "Whether it's a delay or they never materialize, time will tell."

Ericsson shuts door on open RAN, for now
Ericsson also continues to show little interest in open RAN technology, despite Vodafone's emphasis on it in the recent RFQ. "If they come and say they have open interfaces that would be a dream, but frankly I am not expecting it," said Tenorio in November.

Asked during a London event last week if Ericsson was now developing open RAN technologies, Jejdling said: "What we see now is that with O-RAN specifications, the performance of those interfaces is not to the extent of the interfaces that are built on CPRI [common public radio interface] standards.

"We are obviously looking closely at this," he added. "From a use case perspective, it might be that certain use cases evolve. As and when the cost and performance benefits become a reality, we need to be there as a player."

Service providers are attracted to open RAN because it promises lower-cost equipment and greater interoperability. Smaller O-RAN vendors are developing software that should theoretically work on general-purpose equipment and allow an operator to use one vendor's radios with another's signal-processing gear. That is not possible with the CPRI standard to which Jejdling refers, and critics say this "lock-in" suits traditional vendors set to lose out if open RAN takes off.

The Ericsson man took aim at the capability of general-purpose equipment when addressing an audience of analysts and reporters at the London event. 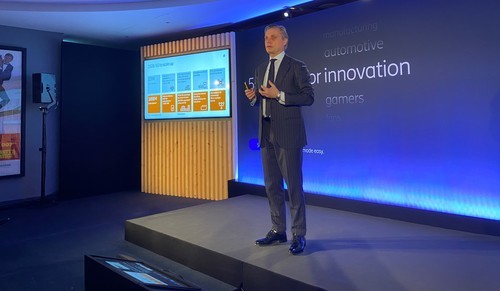 "We spend significant amounts of R&D to deal with the compute power needed to handle massive MIMO [an advanced 5G technology] and currently general processing cannot handle those types of workload," said Jejdling. "So far we have not seen any technology that can deal with performance efficiency to the extent that ASICs [application-specific integrated circuits] can."

Heavy Reading's Brown has pointed out that open RAN remains "a release or two behind" the mainstream 5G market, while Tenorio previously acknowledged that massive MIMO would be a "difficult thing for open RAN to crack."

Detractors, meanwhile, have drawn attention to open RAN's immaturity, the lack of a developed market for the "white box" radios it promotes and the operational complexity that would come with a multivendor mobile network.

For these and other cost-related reasons, the likelihood of Vodafone replacing its entire European network with open RAN technologies always seemed remote. Yet Tenorio, who champions open RAN technology, has insisted the Vodafone tender is a good opportunity for alternative RAN vendors to grab some market share.

In the UK and Ireland, Vodafone has been carrying out open RAN trials with Mavenir and Parallel Wireless, two US specialists. Tenorio was also impressed by the response to a request for information (RFI) on open RAN issued last year by TIP, a Facebook-backed group (of which Tenorio is now chairman) that aims to lower costs and spur innovation in the network equipment market.

The seven companies that responded were on average about 60% compliant with the RFI requirements, said Tenorio in November. "That is not a bad starting point at all."

Unsurprisingly, not one of the big three kit vendors was among the respondents.