Lewis Hamilton is more comfortable with miles per hour than megabits per second.

The Formula 1 racing champ spends most of his weekends garbed in helmet and jumpsuit, screeching past TV cameras in his lightning-quick Mercedes. 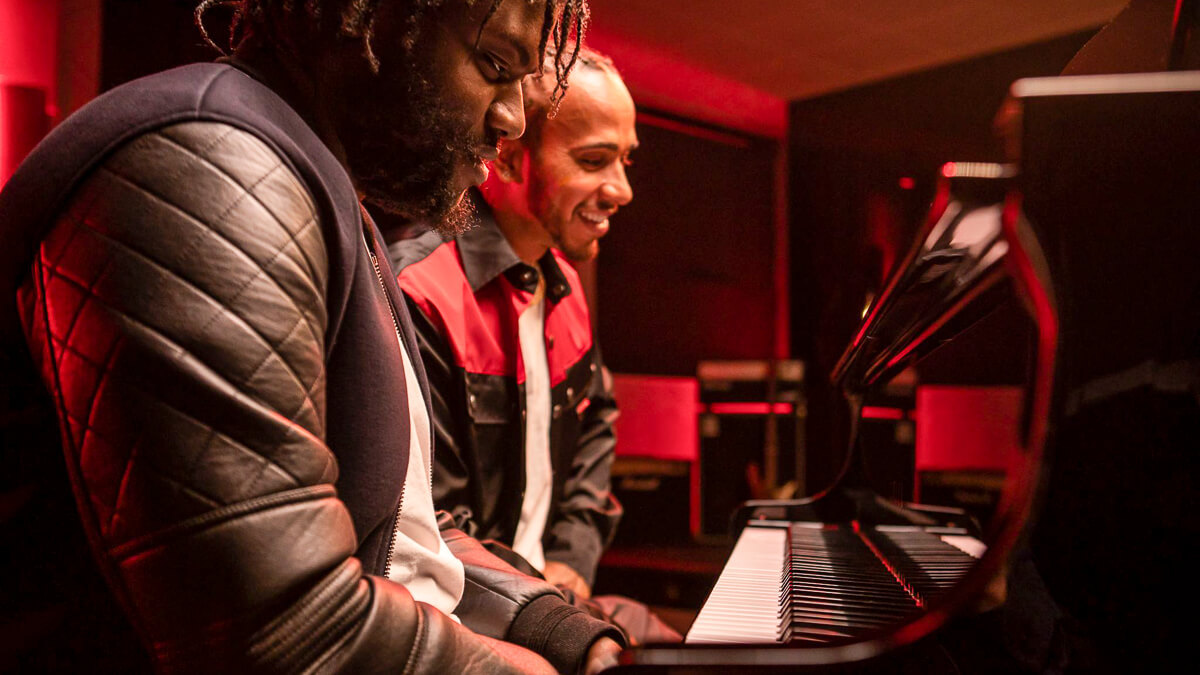 Notes on 5G: Lewis Hamilton playing a 5G piano is probably not going to send consumers running to commit to the platform.
(Source: Vodafone UK)

But that gives him instant appeal to the average telco, which loves the association with speed, embodied in a sports star who  as a young black man with humble origins  ticks a lot of the right marketing boxes.

Vodafone plumped for the world's fastest driver as it embarked on its rollout of 5G, the Mercedes of mobile technology.

All of which makes Vodafone's latest marketing video look rather counterintuitive.

Hamilton is nowhere near a Formula 1 racetrack. Instead he is shown tinkering on a grand piano connected by 5G technology to another instrument played by Jay Keys, his teacher.

When either Hamilton or Keys hits a note, the same key is simultaneously depressed on the other's piano thanks to the low-latency magic of 5G. "What this 5G thing can do is quite amazing," says Keys.

This is good publicity for Hamilton, presenting him as the fully rounded human being that many sportspeople are not.

But viewers unfamiliar with mobile technology might wonder why a speed merchant, rather than a professional musician, was used for what Vodafone billed as "the world's first 5G duet."

Bizarre demos
The duet is the latest in a series of increasingly bizarre 5G demos by Vodafone, as the UK-based operator struggles to find a role for the newish technology.

Previously it gave us the world's first 5G holographic call, beaming a three-dimensional image of Steph Houghton, the England soccer captain, into its Newbury headquarters.

Clever as these are, none is likely to become a mass-market service before 6G arrives in the late 2020s.

Nor is it obvious why 5G would be necessary in a building that is probably connected to a high-speed fiber network.

Hamilton and Keys appear to have played their 5G pianos inside, and not perched like rock stars in an arty music video on the edge of some windswept cliff minus a fixed-line connection.

It's not enough to have high-speed connectivity, either.

The small print of Vodafone's press release on the 5G duet points out that each piano was kitted out with sensor and actuator systems.

Various other technologies were used in the complicated set-up.

Socially distanced piano lessons might be all the rage, but none of these technologies is likely to feature prominently on the Christmas wish list of prospective students.

In a consumer setting, 5G's best hope is that some Internet whizz kid comes up with the equivalent of Uber, the ride-hailing app that has revolutionized transport thanks to the widespread availability of 4G.

Until that happens, the technology is probably of more use in a business or factory environment, providing security guarantees and allowing manufacturing processes to be automated more effectively.

"For many things we can get away with 4G," he said. "We are interested in 5G, but we will not be a driving force behind it."

Inconvenient narrative
This does not suit the narrative of companies flogging 5G products.

Today, China's Huawei  whose equipment powers many of the UK's mobile services  warned of an £18.2 billion ($23.5 billion) hit to the UK economy as a result of the recent government decision to ban it on security grounds.

Prepared by Assembly, a market-research firm, the report Huawei commissioned draws heavily on the government's own estimates about 5G's economic contribution. 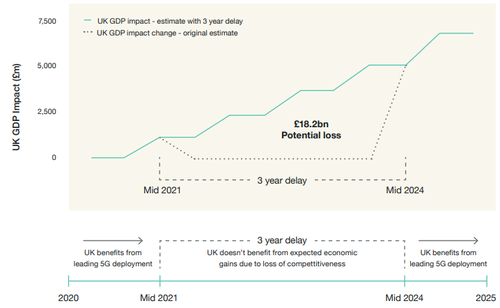 Huawei's critics insist other vendors can speedily replace it, minimizing the damage to operators.

As far as end usage is concerned, billions will not be at stake if the only new products are holographic calls, haptic suits and connected pianos.

In the meantime, 5G has provided little if any uplift for Vodafone since it was launched in July 2019.

For the operator's recent first quarter, ending in June, service revenues in the UK fell 1.9%, a drop Vodafone blamed on lower roaming and business revenues.

Notwithstanding the impact of COVID-19, few expected a revenue boost from 5G after Vodafone unveiled its range of low-price tariffs last year.

Moreover, the unwillingness of UK operators to disclose details of 5G customer adoption suggests hardly anyone has bought one of the 5G devices currently on offer.

It is easy to sound cynical about 5G, and yet operators will eventually need its spectral efficiency as gigabyte consumption on smartphones continues to rocket.

The emergence of one or two killer applications in the next two or three years is entirely conceivable, and it would quickly silence 5G's naysayers. A 5G-connected piano will not.