Verizon has introduced an "enhanced" form of its 5G Home fixed wireless service in parts of Houston. The carrier also announced it is plowing ahead on a tech trial in Michigan that will help the company expand the reach of its millimeter wave (mmWave) 5G network.

The launch in Houston follows the debuts of the enhanced version of 5G Home in Detroit, Indianapolis, Los Angeles and Chicago. The new version of 5G Home is powered by the 5G-NR transmission standard that supports a customer self-install model and marks a big step up from an initial implementation of 5G Home based on Verizon's proprietary 5GTF technology.

Verizon, which also offers 5G Home in Sacramento, California, reiterated a plan to launch the wireless broadband service in a total of ten markets by the end of 2020. 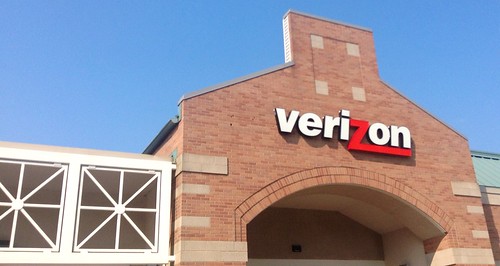 Tech trial in Michigan
Verizon said it has teamed up with Pivotal Commware, a company backed by its Verizon Ventures unit, to conduct trials in Dearborn, Michigan, of strategically placed repeaters designed to enhance and boost Verizon's mmWave 5G signals and network coverage.

The low-power repeaters take signals from nearby cell sites, amplifies them and retransmits them to previously uncovered areas. These repeaters should help Verizon overcome a limitation of mmWave spectrum, which is notable for supporting very high bandwidth signals but only over short distances.

Verizon said the Dearborn trial is focused on providing service to larger, multidwelling units, such as apartments and dormitories. That market that also happens to be the core focus of Starry, the 5G fixed wireless startup based in the Boston area. Verizon said the repeaters consume less power than a small cell or a macro site and don't require a fiber connection, providing a relatively fast and low-cost path to supplementing traditional cell sites.

"As we've known since our very early trials, high band spectrum provides more limited coverage from macro cells. Introducing repeaters like the ones we are trialing from Pivotal will help us expand the footprint of our new 5G Ultra Wide Band network and provide another tool in the toolbox for robust network design," Kevin Smith, VP of network planning for Verizon, said in a statement.