Verizon's 5G Home rolls into the Motor City, with perks in tow

Verizon's 5G Home service re-entered expansion mode this week, as the company launched its fixed wireless broadband service in parts of Detroit, along with several free perks and add-ons for new customers who take the plunge.

The no-contract 5G Home service, which delivers speeds of about 300 Mbit/s, starts at $50 per month for Verizon customers and $70 per month for everybody else.

Among the perks being used to entice consumers to 5G Home, Verizon is pitching in a month of YouTube TV, a year of Disney+ and three months of Google Stadia (Google's new cloud gaming service) for no added cost. New customers can also get a free Stream TV device, a new Android TV-based, 4K-capable streaming product from Verizon that is also integrated with the Google Assistant platform and Chromecast "built-in," which enables users to cast video from the smartphone to the TV screen. Verizon sells Stream TV on a standalone basis for $69.99 a month. 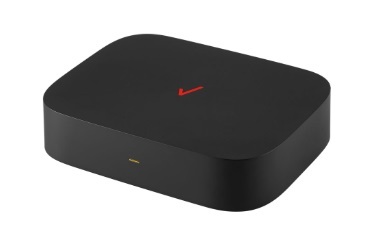 A free Stream TV box is among the free perks Verizon is dangling in front of prospective new 5G Home customers.

Detroit marks the sixth US market to get 5G Home, following its earlier debuts in Chicago, Indianapolis, Los Angeles, Sacramento and Houston. Detroit also joins a growing list of markets that are using a new "enhanced" form of the product that's powered by the 5G-NR transmission standard that, among others things, supports a customer self-install model (Chicago, Indianapolis and Los Angeles are the others to implement the enhanced version of 5G Home). In other instances, Verizon is still using an implantation of 5G Home based on the company's proprietary 5GTF technology.

Verizon is also working on higher-powered customer premises equipment for 5G Home that's expected to surface in the second half of 2020 and help to expand the coverage area supported by the fixed wireless service. That new CPE is not part of the initial 5G Home rollout in Detroit, an official confirmed.

Verizon, which expects to expand 5G Home to ten cities this year, has not disclosed subscriber numbers for a fixed wireless service that is delivered on millimeter wave spectrum. Verizon's longer-term plan is to deploy 5G Home to about 30 million US homes, a goal that could take at least five years to accomplish.

Starry, a startup that also uses millimeter wave signals for broadband service in markets such as Boston, is growing its subscriber base by about 10% per month, putting it on target to end the year with about 100,000 subs, according to a recent report from MoffettNathanson analyst Craig Moffett.