It's fair to say that US carriers are not shy when it comes to advertising the next generation of mobile technology, and 5G has proved to be no exception. In 2019, wireless carriers were already using big names and big budgets to promote their emerging 5G networks.

The momentum has continued into 2020, even though the COVID-19 pandemic has stymied progress by causing delays in network build and forcing retail outlets to close. At times, carrier advertising strategies cause disputes with rivals and land them in hot water, most recently in the case of Verizon. 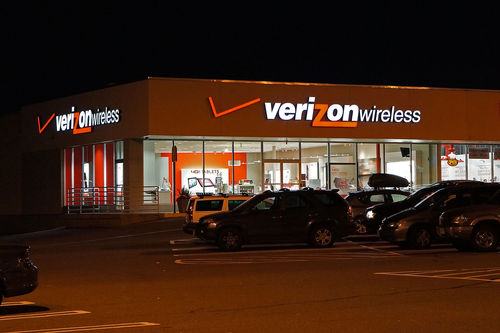 Verizon has just been advised by a panel of the National Advertising Review Board (NARB) to drop its claim that "Verizon is building the most powerful 5G experience for America."

Tense times
The saga began when AT&T challenged the two advertisements at the National Advertising Division (NAD), which in May recommended that Verizon drop the claim. Verizon said it would comply with the NAD recommendations regarding the clarity and conspicuousness of disclosures.

At the same time, the carrier appealed against one aspect of the NAD decision, which broadly seems to boil down to semantics. NAD said that the claim, "Verizon is building the most powerful 5G experience for America," in the context of the two commercials, delivered a "present tense message" (i.e., that 5G is available now) as well as a "future" communication (that 5G will be available at a later date).

Essentially, NAD said Verizon's claim that it is currently offering the "most powerful" 5G network could not be supported.

However, Verizon said the intent of the commercial is to inform consumers about the billions of dollars it is investing in its 5G buildout and "strongly believes that consumers understand that this is the only message that is reasonably conveyed."

According to Verizon, the "present tense message" is limited to the stadiums shown in the commercials and makes clear that the Verizon 5G service is not widely available at present. Verizon also appealed NAD's interpretation of "the most powerful 5G experience" in the challenged claim to be an unqualified superiority claim.

Close, but no cigar
The NARB panel concluded that the two commercials did not communicate a "present tense" network message to reasonable consumers, i.e., that the commercials do not communicate that a Verizon 5G network is generally available in the US but, rather, that Verizon is committed to building a first-rate 5G network.

However, the panel also determined that the evidence did not clearly demonstrate what consumers understand "powerful" to mean in "the most powerful 5G experience" in the contexts shown. The panel found that the claim "most powerful" conveys a broad superiority message and that the advertiser would need to demonstrate consumer understanding of the term "powerful" in order to make the claim.

The NARB panel therefore concluded that absent this evidence of consumer understanding of the term "powerful," Verizon did not have proper support for the claim "Verizon is building the most powerful 5G experience for America" and recommended that it be discontinued.

The panel did note, however, that the claim would have been supported had it been non-comparative, because the evidence in the record demonstrated that Verizon's future 5G network, when generally available, "will provide the essential network metrics, whether one accepts NAD's interpretation or Verizon's interpretation of 'powerful'."

Verizon noted that while it disagreed with the NARB's conclusion that the "most powerful" claim was not substantiated, it agreed to comply with NARB's decision, noting that it is "pleased the NARB found that Verizon substantiated the claim it is 'building a powerful 5G experience for America,' and overturned NAD's conclusion that certain claims were implied."

Breaking bad
Of course, Verizon is far from alone in incurring disapproval over its advertising tactics. AT&T itself has been advised by an NARB panel to discontinue its "5G Evolution" advertising claims. And T-Mobile US was rapped over the knuckles for touting its TVision service as better than cable TV.

It seems likely that US carriers will continue to push the boundaries as far as they can as they jostle for a better 5G position.