Verizon, AT&T and T-Mobile again rally around 5G for the Super Bowl

AT&T, Verizon and T-Mobile are each touting their respective 5G network enhancements in and around SoFi Stadium in Los Angeles, host to Super Bowl LVI this weekend between the Cincinnati Bengals and the Los Angeles Rams.

The effort comes as little surprise. The nation's top wireless network operators routinely use the Super Bowl as a way to push their 5G marketing messages, and this year is no different. The truth is that wireless networks are increasingly an important part of operations at every major indoor venue around the country, whether it's a sports stadium, casino or airport.

However, the Super Bowl  and the venue that hosts the event  has come to stand as a way for big mobile network operators to discuss their latest wireless networking advancements and services, particularly in the 5G era. Here's the messaging each operator is offering for this year's championship game:

Verizon continues to leverage its exclusive 5G partnership with the NFL through a variety of dedicated applications and services for football fans. This year the carrier is focusing on a handful of unique consumer applications to show off its 5G network.

According to PCMag, Verizon 5G ticket holders will be able to use a mobile app to view up to seven live video feeds around the stadium. The company will also transmit a 360-degree, 4K feed of the Super Bowl's half-time show through the Pepsi Halftime Show app.

According to the publication, Verizon spent $119 million outfitting SoFi Stadium and the surrounding Hollywood Park area with its 5G network equipment.

In a lengthy video on the topic, Verizon also showed off its 5G network inside of SoFi stadium. "Verizon is installing the largest 5G implementation ever done in a stadium worldwide," Skarpi Hedinsson, CTO of SoFi Stadium and Hollywood Park, said in the video. "The partnership with Verizon, specifically with 5G, is groundbreaking." 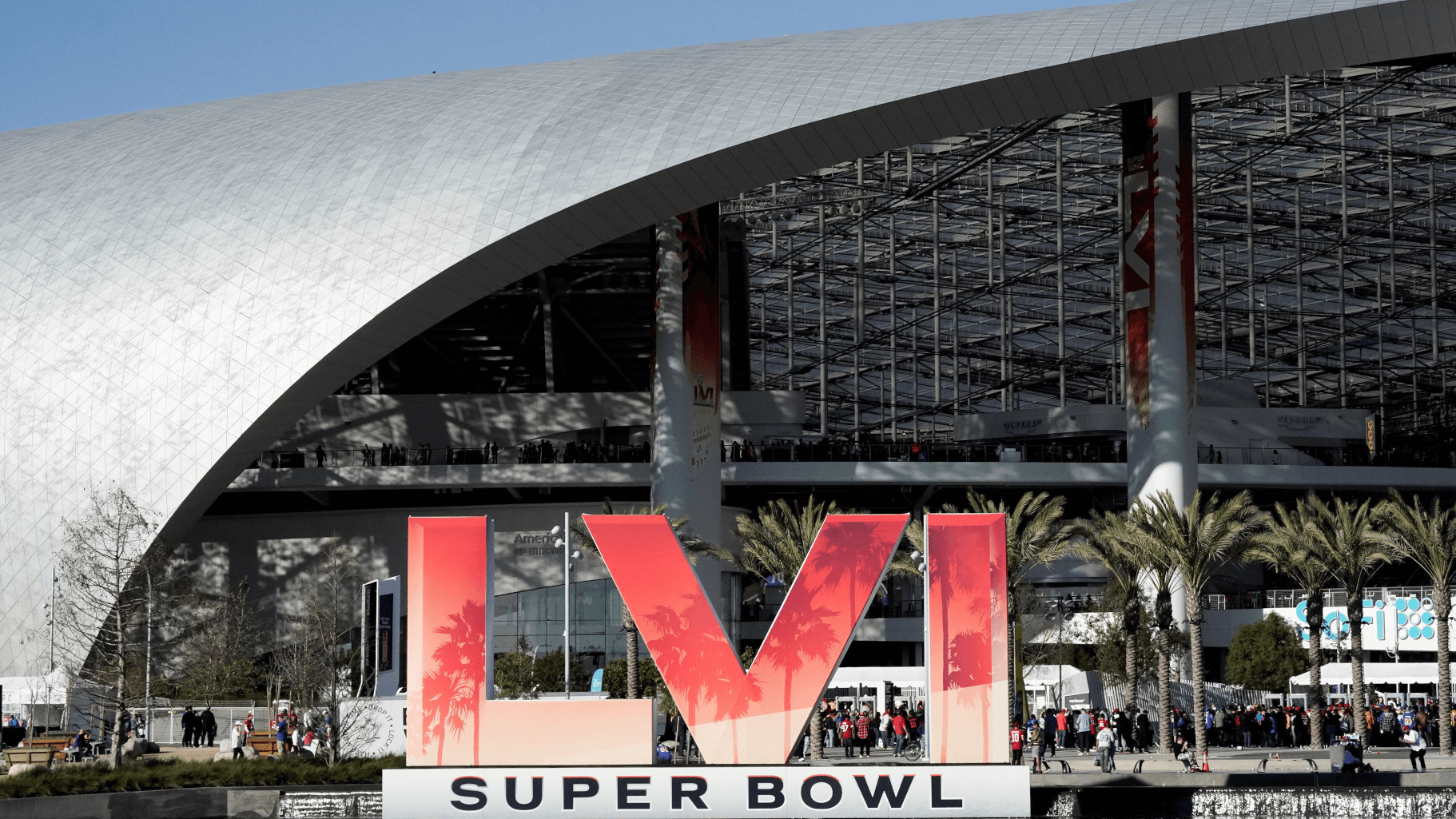 AT&T announced it's taking a "three networks" approach to its operations around SoFi Stadium that includes its wireless network, its fiber network and its FirstNet network for first responders. "We've set up a massive system in record time at the stadium and surrounding campus. This year's event is suited up with more than 10 times the capacity of 2020's Big Game," the company wrote.

Separately, AT&T touted the efforts of FirstNet around the Super Bowl. "We've stationed an additional 5 SatCOLTs (Satellite Cell on Light Trucks) from the FirstNet fleet to provide dedicated FirstNet coverage to first responders as needed. These assets are stationed in key areas in and around the stadium to support public safety's unified command operations and interoperability needs," wrote AT&T's Jason Porter, president of its public sector and FirstNet business, in a post to the company's website.

In SoFi Stadium, T-Mobile said it operates a "brand new state-of-the-art 5G system" that uses both midband and millimeter wave (mmWave) spectrum, supported by 100 Gbit/s of backhaul. "During the NFC Championship game on January 30 [in SoFi Stadium], T-Mobile customers could experience peak download speeds of 1.5 Gbit/s," the operator wrote.

To be clear, SoFi Stadium officials have been working on the venue's communications network since construction on the stadium began in 2016. According to a 2020 article from Stadium Tech Report, when SoFi stadium opened, the venue ran its operations through a virtualized Cisco set up.

"Today we have 120 virtual machines that run every single operational technology application in the building as well as a few enterprise technology applications," SoFi's Hedinsson told Cisco. "At the same time, we dramatically upgraded the manageability and the security envelope of our network."

According to Stadium Tech Report, vendor AmpThink headed up the installation of SoFi's telecommunications system. The publication reported that AmpThink installed fully 120 separate remote telecommunications rooms in the stadium, and that each room has edge switches that use 25 Gbit/s optics to provide an aggregate of 50 Gbit/s of campus interconnectivity.

On the Wi-Fi side, AmpThink installed 2,400 Cisco Wi-Fi 6 access points inside the venue and another 300 in the surrounding Hollywood Park area.