US opens up 100MHz of mid-band spectrum for 5G

The Department of Defense (DoD) said 100MHz of contiguous mid-band spectrum in the 3450MHz-3550MHz band will be available for 5G by the end of the summer. 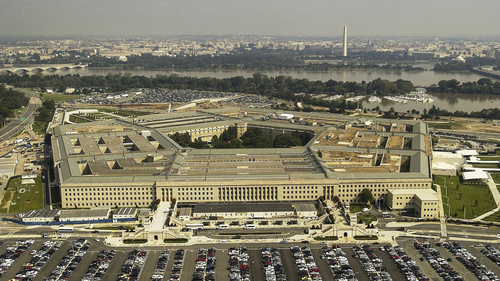 Waste not: AMBIT was set up by the Pentagon and the White House to identify unused spectrum that could be turned over to 5G. (Source: David Mark from Pixabay)

According to Dana Deasy, chief information officer at the DoD, the spectrum was cleared for 5G following a 15-week review.

It will be provided under a new spectrum-sharing framework that will also allow defense radar services to continue to use the frequencies.

The newly available spectrum is set to be auctioned by the Federal Communications Commission (FCC) once the service rules have been adopted, with some reports suggesting an auction could take place by December 2021.

The 3.6GHz band has been recognized internationally as a pioneer band for 5G, along with the 700MHz and 26GHz bands.

According to Analysys Mason, mid-band spectrum is the key to 5G networks because of its blend of capacity and range.

A study carried out by the research company earlier in 2020 on behalf of the CTIA showed that the US needed to effectively double its mid-band to keep pace with Japan, China, South Korea and other countries.

No stone unturned
The country has been making progress since then: The FCC is currently in the middle of the CBRS spectrum auction  dubbed Auction 105  that will provide 70MHz of spectrum in the 3.5GHz band.

As noted by FCC Chairman Ajit Pai, "together with the spectrum being made available for 5G in the C-band as well as the 3.5GHz band, we are now on track to have a 530-megahertz swath of mid-band spectrum available for 5G from 3.45 to 3.98GHz."

"The FCC looks forward to moving quickly to adopt service rules for the 3.45GHz band and then hold an auction to bring this prime mid-band spectrum to market."