As demonstrated by The Godfather II, sequels do not always lack the excitement of their predecessors.

When Ofcom held its first 5G spectrum auction in April 2018, operators paid £1.4 billion ($1.8 billion) for the airwaves that carry some of today's superfast mobile services.

A follow-up, scheduled for release in early 2021, has already featured more Godfather II-style intrigue and drama than the original ever had. 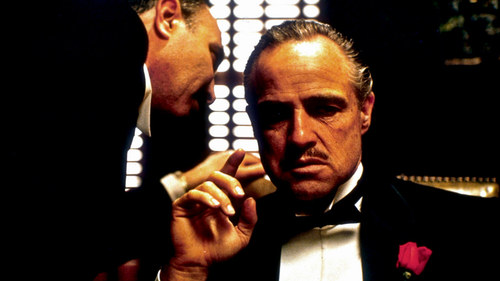 'They're asking to pay an administrative fee.'

Ofcom, the UK's telecom regulator, released its promotional trailer this week in the midst of the worst economic crisis since the 1930s. Days earlier, the UK had decided to ban Huawei from 5G after 2027 at an estimated cost to operators of £2 billion ($2.6 billion).

Vodafone and Three, two of the four mobile network operators, had pleaded for clemency in the harsh circumstances, asking Ofcom to parcel out spectrum for an administrative fee instead of selling it to the highest bidder. The regulator was having none of it.

In a statement issued this week, Ofcom rejected the operators' calls for a so-called administrative auction.

Demand is simply too great "from your companies and potentially others," said Melanie Dawes, Ofcom's CEO, in an accompanying letter sent to BT, O2, Three and Vodafone. 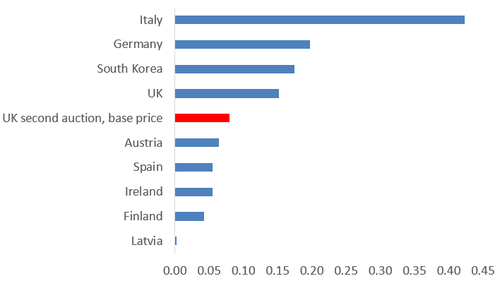 In the important 3.6GHz-3.8GHz band, the starting price  when calculated per MHz per head of population (per pop)  is higher than operators eventually paid for similar "midband" spectrum during auctions in Austria, Spain, Ireland and Finland.

If Dawes is right about demand, operators may pay considerably more.

Dubious logic
But her letter is unconvincing. Not since the UK's 3G fiasco, when Ofcom fleeced companies for £22.5 billion ($29.3 billion), has an auction brought a new and viable nationwide competitor into the market.

Already, there are too many mobile networks in Europe, say operators. So long resistant to consolidation, European authorities are sounding persuaded. In May, the European Court of Justice said the European Commission had erred in 2016 when it blocked a planned merger between O2 and Three on competition grounds.

No serious analyst expects the UK's next 5G spectrum sale to be any different from earlier processes. The only uncertainties are how much the existing networks pay for new licenses and how much spectrum each company secures.

Ofcom's caps are not very restrictive. Three can bid for all but 15MHz of the 200MHz on offer, and Vodafone for all but 10MHz of the total, while O2 faces no limitations at all. Only BT, the incumbent, faces any real constraint, and even its cap has been set fairly high, at 120MHz.

This at least avoids the odd carve-up of spectrum into unequal portions that inflated prices during Italy's infamous 5G auction of October 2018. Other auction rules should mitigate the risk of bidding to drive up rivals' costs, says Dawes.

The tough economic environment may also dampen enthusiasm for spectrum and weigh on auction prices.

But this attempt to strike the right balance makes zero sense in the context of a competitive auction.

When Sotheby's auctions a famous work of art, its only concern is to extract the maximum fee it can from the winning bidder.

Ofcom, perversely, has to worry about exorbitant prices because they would prompt the usual accusations  namely, that regulatory antics are responsible for hindering network rollout, spurring consolidation (or, at least, attempts to consolidate) and driving up the price of mobile phone services.

Nor is it in Ofcom's or the consumer's interest to see one operator walk off with more spectrum than its rivals.

This outcome would skew competition, giving that operator a big 5G advantage, and risk the decline or even disappearance of a spectrum-starved player. The most efficient result would leave all four players with an equal share of spectrum.

The whole process is farcical. In a fair, Sotheby's-style contest, the auctioneer cannot know with certainty which bidder will win. Months ahead of the sale, Ofcom knows exactly which four companies will eventually receive licenses.

The job of the Sotheby's auctioneer is to secure the highest bid possible. Ofcom is under pressure to make sure there is no bidding frenzy.

As long as winners pay up, Sotheby's does not care what they take away. For Ofcom, a fair distribution of spectrum wealth is desirable.

Not angry, just disappointed
Despite all this, Ofcom remains averse to an administrative award championed by two operators and already used in other countries.

Vodafone is unimpressed. "We are disappointed that Ofcom has not taken up our proposal to distribute this spectrum through a managed award, as we believe this would have been the quickest and most efficient way of bringing the benefits of 5G to consumers and businesses," said a spokesperson in response to Ofcom's move.

It is not planning a legal challenge, however, saying "we do not believe it is in the national interest to drag this issue through the courts, with connectivity being so important to our economic recovery and wellbeing."

One of its concerns was that an auction would lead to spectrum fragmentation, a potential barrier to the provision of high-quality services. Ofcom may at least have addressed that by introducing a negotiation period within the assignment stage of the auction, allowing "winning bidders to agree with each other to receive adjacent spectrum," according to Dawes.

Her decision is the latest blow to an industry that is taking its fair share of coronavirus-era punches.

Facing a £12 billion ($15.6 billion) bill for the rollout of higher-speed fiber-optic networks, partly to satisfy policymakers, BT saw its share price fall 9% last Friday when it reported an 11% drop in net profit, putting the stock at a five-year low.

Nominal fees for licenses would have been some help. Service providers will just have to manage without them.