Manon Brouillette, the new head of Verizon's consumer group, expects to amplify, rather than shift, Verizon's strategy as she steps into the new role. And Brouillette also believes that Verizon's TracFone acquisition and the company's coming C-band deployment puts her in position to thrust that priority forward.

"I have all the tools now," Brouillette, who officially is upped to EVP and CEO of Verizon Consumer Group on January 1, said at this week's Barclays TMT Conference. "It's like getting an amazing holiday gift with the C-band that's going to be rolling out next year, with the TracFone conclusion a couple of days ago." 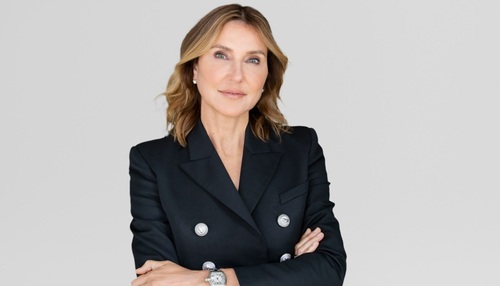 Before joining Verizon earlier this year as the consumer group's COO and deputy CEO, Brouillette was president and CEO of Montreal-based Vidéotron.
(Image source: Verizon)

Verizon's initial deployment plans for C-band are somewhat in flux after the company, along with AT&T, agreed to delay their respective deployments so the Federal Aviation Administration (FAA) can look into potential interference issues. Verizon's TracFone deal closed on November 23.

Convergence: Been there, done that

Brouillette, an exec late of Canada's Vidéotron who is taking over Ronan Dunne's role at Verizon, said she's well prepared to tackle a US market that has shifted its focus to a much greater level of network and service convergence.

"I've been trained, I would say, in a convergence world," she said. "But my main goal when I was leading Vidéotron was to bring profitable growth. So, when we were in discussion with Verizon, I was very aligned with the way I like to manage."

But don't expect any wholesale changes to Verizon's overall approach.

"The way I will operate the business, basically, it's not a shift in the strategy. I would say it's an amplifying the strategy and accelerating the growth," Brouillette said. "I really see the future for Verizon as being some kind of a disruptor in the broadband industry."

She stressed that the disruption she has in mind has nothing to do with pricing. Rather, it's about value and bringing the consumer "an alternative – a real alternative – to MSOs in markets where most consumer are kept captive," she said.

That all ties into Verizon's ambitious plans around fixed wireless access (FWA) and 5G Home, a product that will get a boost with respect to reach and capacity as Verizon gets rolling with C-band.

Dunne, who joined Brouillette in the discussion, was asked to address the timing of the transition. He'll be moving to a strategic advisor role and continue to represent Verizon on the board of Yahoo.

He said Verizon, over the past 12 to 15 months, has "completed the jigsaw from the point of view of the strategic assets we need and the operational model that was best suited to execute this strategy." With the TracFone deal set-up and C-band on the way and Verizon's strategy "fully and clearly articulated," Verizon viewed it as a "natural time" to make the transition, he said.

Speaking of strategy, Dunne stressed that it's too simplistic and a general misunderstanding for the market to view Verizon's monetization of 5G as a "bolt-on" focused on incremental pricing.

While adding a more direct strategy around unlimited is part of it, he sees a handful of other growth opportunities that will be pursued and explored, including MEC, an augmentation of the TracFone acquisition, and fixed wireless access products that will have a national reach and the same owner's economics that Verizon enjoys with mobile.

Brouillette reiterated that about half of new FWA broadband subs are new to Verizon. "It's a new entry door," she said, adding later it also creates product to help "feed the switcher pool" for mobile. "So, we can up-sell those customers. The entry door would be broadband, but then the team is really focused on bringing their mobile, as well."