The UK gets another scaremongering report on 5G delays

Yet another report has surfaced on the economic fallout of 5G delays in Blighty.

Most are smeared with the fingerprints of Huawei, the Chinese vendor the government is now ejecting, but this one comes from the Centre for Policy Studies, a venerable think tank whose founders include Margaret Thatcher, the scourge of socialism who led Britain throughout the 1980s.

Its headline findings are questionable, if not spurious, although it includes some welcome recommendations about cutting red tape and eliminating bureaucracy. 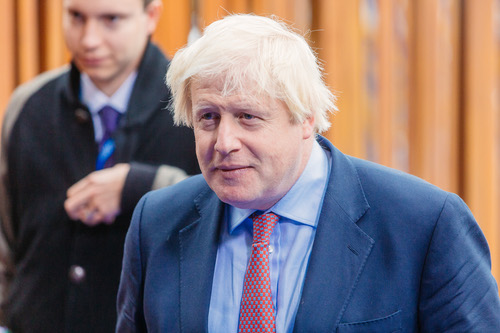 UK Prime Minister Boris Johnson wants 5G to cover more than half the country by 2027.

Big-sounding numbers are prominently tabled in the first chapter.

More 5G hype
The first thing to note is that £41.8 billion, spread over seven years, is pocket change to the UK economy.

It equals about 15% of the annual sales generated by energy giant BP, the UK's biggest firm by revenues. If, by economic output, the authors mean the conventional measure of GDP, that came to about £2.2 trillion ($2.8 trillion) in 2019.

An extra £41.8 billion would not even pay for HS2, a new railway the UK is unnecessarily building to shave journey times between London and the north.

Second, the authors seem to have bought unquestioningly into the 5G hype. The word "revolutionary" is used at one point to describe a technology that has underwhelmed many of its customers in Asian markets where it is now widely available.

There is little evidence in the report of 5G's usefulness. Citing agriculture as one sector that could benefit, the authors acknowledge that all their service examples "are possible with other mobile networks" before arguing that "5G's high bandwidth, support for a huge number of sensors communicating simultaneously and low latency make it perfect for farms."

For monitoring crops and cattle, farmers actually need power-efficient, low-bandwidth technologies such as NB-IoT, a 4G standard. Latency is irrelevant.

Then there is the odd appeal to nationalism, which kicks off the executive summary. The UK led the world in the three previous industrial revolutions but is behind in the fourth, the reader is informed.

Despite sabotage attempts by the government, it is actually part of a small cluster of countries ahead of the main 5G peloton.

Omdia, a market-research firm, currently ranks it seventh out of 22 nations on 5G readiness, putting it in front of Japan, Germany, Hong Kong and Singapore.

It might not be winning the 5G race, whatever that means, but it is not the wheezing straggler depicted in these pages.

The Centre for Policy Studies has gulped down the argument that banning Huawei is a disaster for the UK.

The Chinese firm's gear is cheaper than rival equipment and more technologically advanced, it says. Phasing it out of UK networks will delay 5G rollout and significantly increase costs. Millions of citizens will be deprived of 5G. Billions in economic value will be lost.

Huawei has already lapped this up.

"This is the latest of a series of high-profile reports, all of which agree on one thing: that removing Huawei from Britain's 5G network will cost the UK billions in economic benefits, significantly push up costs for businesses and consumers and will likely leave millions with slower connectivity while expanding the digital divide," said Victor Zhang, Huawei's vice president, in a prepared statement that neglected to mention most of those "high-profile" reports were commissioned by Huawei.

Only boneheads and Huawei's most ardent critics would insist the UK ban will have no impact. But the effects have been grossly exaggerated.

Huawei's rivals are far more price-competitive than they used to be, for one thing. Huawei's much-trumpeted technological lead is mainly bluster, too.

For evidence of that, look to the US  ranked fourth (and ahead of China) in Omdia's 5G progress report  where 5G networks feature no Huawei equipment.

As for the cost of ripping out Huawei equipment that is already deployed in the UK, operators have until 2028 before this needs to be done.

By then, the Centre for Policy Studies will be writing another report about the impact of a 6G delay, and operators would  in any case  have started an upgrade.

BT, for precisely that reason, puts the incremental cost of a "swap" at just £500 million ($646 million), a figure equal to about 2% of its annual revenues. And BT is by far the most reliant of the UK's four mobile networks on Huawei, using its equipment across two thirds of its mobile sites.

In future, it will be needed as a kind of virtual Thames Barrier to withstand a flood of mobile data traffic.

New applications that really do need 5G networks could also materialize, just as they did when 4G showed up. Think Uber, for example.

In the time of coronavirus, officials could have helped operators by awarding additional spectrum for a nominal fee, instead of through a costly auction. They greedily declined to, and the Center for Policy Studies does not seem to approve.

It also proposes changes to the UK's Electronic Communications Code to make that "fit for digital rollout."

Disputes between property owners and infrastructure providers are a bigger problem than any Huawei ban. Planning permissions are another sore point. Rules on mast height, for instance, are more restrictive than in other parts of Europe, Vodafone has complained.

Sadly, most of the good stuff was buried at the end of the Center for Policy Studies report.

Important though it is, the regulatory framework is a rather dreary topic for a headline. Far better to prophesize a digital Armageddon.