Picking industrial winners and shaping company strategy used to be a favorite political pastime in the UK. It had its zenith in the early 1970s, when a Labour government's catastrophic intervention sent British Leyland, an automotive company, permanently off the road. Yet the policy seems to be making a return under a Conservative Party that would previously have been horrified by such antics. The erstwhile stewards of the free market are taking an unhealthy interest in company affairs. And much of their attention is on telecom.

It started last year, when the UK became one of a small number of Western countries to curtail the activities of Huawei and ZTE, two Chinese vendors of network equipment. That would have seemed justifiable to many observers as part of a much broader security and trade strategy. Allowing companies answerable to Xi Jinping to build the UK's critical infrastructure looked bonkers to their opponents. Nor has China ever played by World Trade Organization rules, noted others. 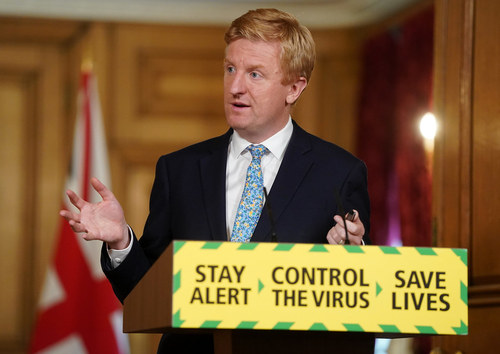 Government minister Oliver Dowden is insinuating himself into the telecom supply chain.

But a report that appeared at the start of this week suggests the next step could be far more commercially intrusive. A telecom taskforce set up by Oliver Dowden, a government minister, will reportedly urge UK operators to use companies other than Ericsson and Nokia, their only mainstream alternatives following the Huawei ban, across at least a quarter of their 5G networks. Moreover, it wants this done by the mid-2020s.

Anyone but Ericsson and Nokia

Much is still unknown. The taskforce's recommendations appear to have been leaked ahead of publication to the Financial Times, which could not possibly cover all facets of the government report in its own story. A recommendation is not the same as a government policy, of course. But the implications may rattle company bosses and shareholders far more than the Huawei ban ever did. If it does what the taskforce suggests, the government would be interfering heavily in the commercial arrangements between telcos and their suppliers.

That would have been inconceivable just a few years ago. The taskforce's justification is likely to be that a duopoly comprising Ericsson and Nokia would otherwise reign supreme. But regulators and telcos are largely to blame, having welcomed earlier rounds of consolidation without considering the possibility of a clampdown on China. This concentration of market power is hardly unique or even the most dangerous, either. For examples of those, look to the public cloud, where three US firms control most of the global market outside China, or semiconductors, where a single Taiwanese company is the sole manufacturer of the most advanced chips.

The timing of any government directive would be inopportune. BT, O2 and Three have already chosen their 5G vendors and extended networks into urban areas. Vodafone is the only company that has deliberately carved out a role for someone other than Ericsson and Nokia. Open RAN, the new-look technology it plans to use, is being developed by numerous smaller companies. But Howard Watson, the chief technology officer of BT, sees no major opportunity for it in his network until 2027. Robert Finnegan, Three's boss, told reporters at Christmas that open RAN had arrived too late for 5G.

There appears to be some hope that government intervention would foster the emergence of domestic open RAN suppliers. If this desire lies behind the taskforce recommendations, it would be an even clearer sign the 1970s minus bellbottoms and perms are back. Yet the effect may simply be to propel Asian and US players at the expense of European ones. Today's open RAN frontrunners are without exception all from the Far East and North America.

Diversity in the supply chain is the government watchword, and yet most mobile operators are trying to reduce the number of suppliers they use, not increase diversity, according to a Barclays research note about the Financial Times report. Neil McRae, the chief architect of BT, told a recent TelecomTV event that he managed to save about £1 billion ($1.4 billion) over three years by cutting the number of suppliers on one project to four from between 45 and 50.

"Complexity is the killer in telcos. We struggle to deal with it. When I hear about these open architectures where there are 50 different vendors, or even five involved, I run for the hills because frankly we're not geared to operate like that," he said.

BT's Watson has also downplayed the opportunity for open RAN new entrants. "It's unlikely that all of us will start deploying equipment from four or five different vendors because the operational challenge of the person in the van maintaining that tends to limit you to a choice of two," he told a parliamentary inquiry this year.

The law of unintended consequences means any government interference could be very damaging. At worst, it would produce the complexity that McRae derides, force operators to spend millions on swapping out 5G kit before it is due for replacement and weaken Nordic suppliers to the benefit of smaller Asian rivals rather than UK talent. Like 1970s flares and bad hair, industrial intervention should never be allowed a comeback.