After winning some serious cash at the federal level, a number of trade and lobbying associations in the US telecom industry are now shifting gears for a state-by-state battle for funding.

"With everything that is happening with #broadband at the state level, WISPA needs some help to ensure that state connectivity programs work well for all Americans!" wrote Claude Aiken, the CEO of the Wireless Internet Service Providers Association (WISPA), on a LinkedIn post for the group's new "state advocacy manager" job opening. "If you know a talented state advocate who wants better connectivity for all, encourage them to join our team."

WISPA isn't alone in shifting its focus. For example, the Fiber Broadband Association and NTCA-The Rural Broadband Association are planning to release a "Broadband Infrastructure Playbook" next month. According to Politico, the playbook is designed to encourage state governments to funnel broadband funding toward the groups' members.

"We will never be in a position to have this much funding available to get fiber to every American," Gary Bolton, president of the Fiber Broadband Association, told Light Reading recently.

$OMO: Fear of missing out

The reason for the shift is clear: President Biden earlier this month signed into law a bill that will allocate fully $65 billion for broadband services in the US. Roughly $42 billion of that amount is earmarked for the construction of broadband networks in rural and unserved areas. According to Biden's pick to lead the NTIA  the government agency in charge of that spending  all that money will be ultimately allocated by the states themselves.

"One of the virtues of the ... program is that it establishes a clear statutory framework that enables states to design the state-level plans that will best address their on-the-ground broadband situation, which varies widely across the country," wrote Alan Davidson  Biden's pick to lead the NTIA  in response to Congressional questions. "States and localities face unique challenges that require flexibility in identifying technical solutions to meet local priorities. If confirmed, I would support an 'all of the above' approach that allows NTIA and the states to consider any technology that will meet America's broadband needs, consistent with the requirements set out in the IIJA [the Infrastructure Investment and Jobs Act, which is the funding bill]." 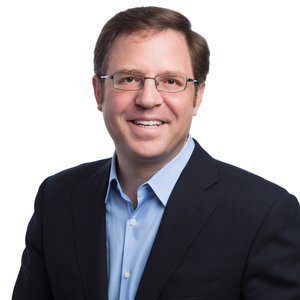 Meaning, $42 billion is going to be pumped into the US telecommunications industry, but it will be state regulators who decide exactly which network operators get that money.

In general, the message from top telecom trade associations to their members is: Don't worry. We've got this.

"We have a great team with a lot of experience partnering with states across the country to enact rules that encourage infrastructure deployment," Jilane Rodgers Petrie, of the CTIA trade group that represents big wireless network operators, wrote in response to questions from Light Reading. "And we're working closely with members to make sure mobile broadband is, as it should be, fully considered as a compelling option when thinking through how best to use this money to close the digital divide."

"USTelecom is very engaged with Commerce Department, NTIA and state broadband leaders on the implementation of the infrastructure law," agreed USTelecom's Brian Weiss.

And top representatives for the cable industry said they too are ready to enter the scrum. "The cable industry has many longstanding state and/or regional cable associations that are very active on state broadband funding and other issues. NCTA also does have a DC-based state government affairs team that actively works with member companies and the state associations on a variety of issues, including the federal broadband funding that is already being distributed to the states," wrote Brian Dietz, of NCTA  The Internet & Television Association, in response to questions from Light Reading.

Indeed, the issue was a hot topic during the Wireless Infrastructure Association's recent Connect (X) trade show. Jonathan Adelstein, the association's president, said the group pushed hard to make sure that the network performance requirements in the federal bill would align with the networking capabilities offered by the association's membership. Specifically, the legislation requires download speeds of at least 100 Mbit/s and upload speeds of 20 Mbit/s, parameters that are in line with most cutting-edge wireless and 5G networks.

And during his keynote presentation, Adelstein assured attendees that the WIA already has a hefty state-level operation thanks in part to its efforts to pass legislation friendly to small cells across dozens of US states.