Telecom Italia has pulled the starter cord on its sputtering 5G engine and taken the next-generation technology into the cities of Rome, Turin and Naples, where customers can already buy new 5G smartphones made by Samsung and Xiaomi.

Most residents of Italy would be advised not to get overly excited. The Italian operator has revealed that only about one in five people will be able to access its 5G service by 2021 as it slowly buses technicians around Italy to build out the supporting networks. 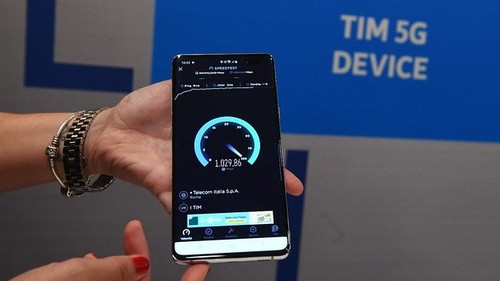 The update follows the launch of 5G services this week by the UK's Vodafone and Germany's Deutsche Telekom and comes amid doubts about the return on investment associated with the high-speed mobile technology.

The expensive outlay has forced Telecom Italia into a network-sharing partnership with Vodafone as it tries to minimize the cost of rolling out an entirely new technology in a tough market environment.

Its mobile revenues in Italy tumbled 11.4% in the first quarter of 2019, to 916 million ($1.03 billion), compared with the year-earlier period, due to various competitive and regulatory challenges.

The arrival last year of new entrant Iliad was held partly responsible for the sales decline, with Telecom Italia losing around 939,000 mobile subscribers in the year ending March 2019. Figures available on the operator's website show there were nearly 22.3 million "human lines" in service at the end of the first quarter.

While Telecom Italia remains very profitable, its indebtedness makes the pressure on sales a long-term concern for investors. Last year, net debt was equal to about 3.3 times the company's earnings before interest, tax, depreciation and amortization -- a high ratio by comparison with most other major European telcos.

After spending nearly 2.4 billion ($2.7 billion) on its 5G spectrum licenses, Telecom Italia plans to slash capital expenditure in Italy this year despite powering up 5G services. Overall spending in its domestic market will fall from about 5.6 billion ($6.3 billion) in 2018 (including license fees) to around 3 billion ($3.4 billion) in 2019, the operator has indicated in recent financial statements.

The company explained the drop by arguing that "coverage levels" for its fixed and mobile networks had already been achieved. Yet blanketing countries with 5G networks could be even more expensive than deploying older 4G technologies, according to some analysts and telecom executives.

Among other things, 5G could require additional mobile sites to support connections over higher frequency ranges, where coverage can be a constraint. Before its own 5G auction, Germany's Deutsche Telekom said it would add another 8,000 mobile sites between 2018 and 2021, bringing its national total to about 36,000.

Disclosing some concrete details of its own coverage plans, Telecom Italia said it would "cover" about 120 cities, 200 tourist destinations and 245 industrial districts by 2021. But this equates to just 22% of the population, it added.

This year, it aims to make 5G services available in Milan, Bologna, Verona, Florence, Matera and Bari. The 2019 rollout plans include 30 tourist destinations, 50 industrial districts and 30 projects for "big businesses."

Investors are unmoved. Telecom Italia's share price is up 0.4% in Milan this morning and has lost 24% of its value in the last 12 months. Shares are down 43% in the last five years.