T-Mobile's Neville Ray: 5G will decide if next Apple is from US or China

5G will determine whether the world's next Google, Apple, Amazon or Uber is created in the US or abroad, says T-Mobile's president of technology, Neville Ray.

A major milestone came in August, when T-Mobile launched the world's first nationwide standalone 5G network in the US, Ray told an online audience at a keynote at this week's Informa's Big 5G Event. 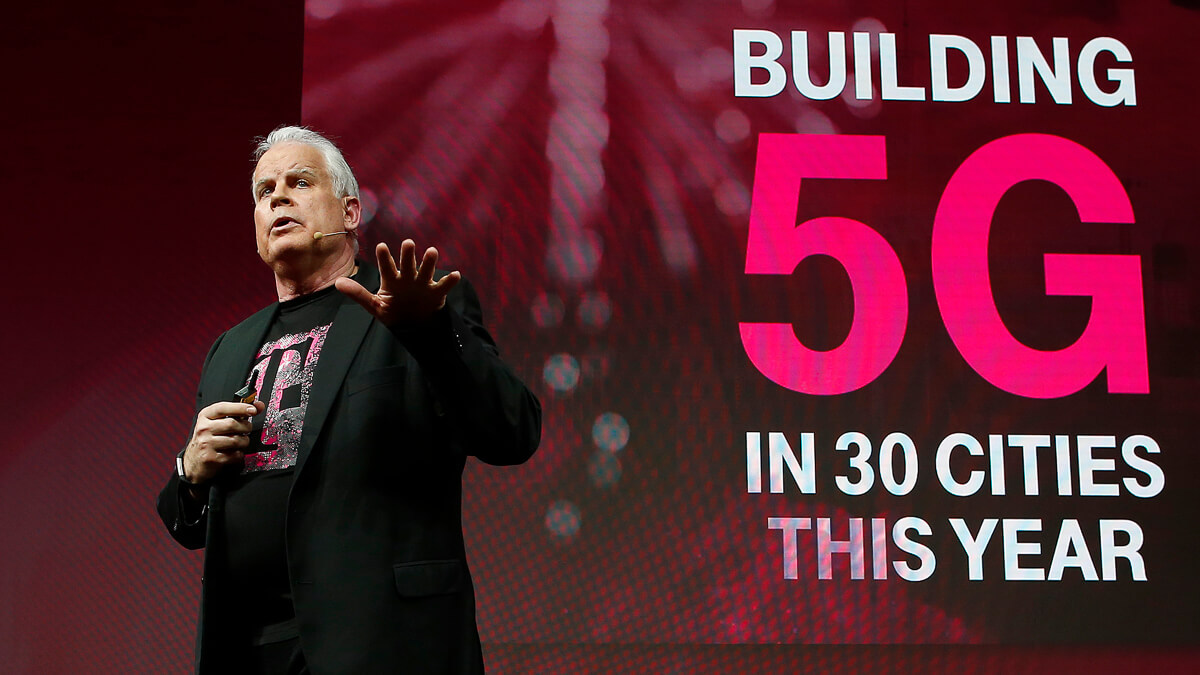 Neville Ray: 5G will determine whether the next Google, Apple, Amazon, and Uber in the world is created here in the US or abroad.
(Source: T-Mobile)

The operator is now "averaging radio upgrades of more than 700 sites every week," and targeting nationwide mid-band 5G coverage by the end of 2021, he said.

Now a tie-up with Sprint places T-Mobile in a commanding position in the US 5G spectrumwith nearly double AT&T's 5G spectrum holdings, and triple Verizon's, he said.

T-Mobile, the large US telecoms operator and Deutsche Telekom subsidiary, completed its takeover of Sprint in April.

Sprint had been the US's fourth-largest mobile network operator, with 54.3 million customers.

Its $26.5 billion Sprint acquisition and other deals, such as a 15-year, $17 billion partnership last week with American Tower, make it now appear increasingly well positioned to challenge US industry leader Verizon as well.

"We've spent the past few years advocating for a merger with Sprint, because we believed from the outset in a multiband 5G strategy," said Ray.

"Millimeter wave has its place. But given the economics and physics, you don't build a large scale 5G network with it."

T-Mobile's "fresh 600 megahertz spectrum" is letting it build its 5G network with a lowband, broad connectivity layer, he said.

And then "you pile on top a thick layer of mid-band," he said.

Other operators are now emulating T-Mobile's "layer-cake" approach, he added.

5G flies as the world Zooms T-Mobile is now seeing average speeds of 300 to 400 megabits per second on the 2.5 gigahertz (GHz) spectrum, with peak speeds topping one gigabit per second, said Ray.

The company's engineers are already seeing up to a 40% improvement in latency in standalone areas.

"We promise to have average speeds like this nationwide in six years," he said.

In the meantime, T-Mobile has "lit up midband 5G" already in over 90 cities and towns including New York, Philadelphia, Atlanta, Chicago, Los Angeles, Houston, Dallas and Washington, DC.

This will number in the thousands by year's end, he said.

The operator was a founding partner in May of Seattle's 5G Open Innovation Lab.

The Big 5G Event telecoms conference is virtual this year, because of the coronavirus pandemic.

Ray thanked his audience "for letting me join you today from my home in Redmond, Washington."

In the past seven years, he said, "we've shaken up the wireless industry and forced the other guys to change for the better."

Now, he said, "just imagine what we can do with these great spectrum assets and this team."